Akarii makes the sushi go 'round 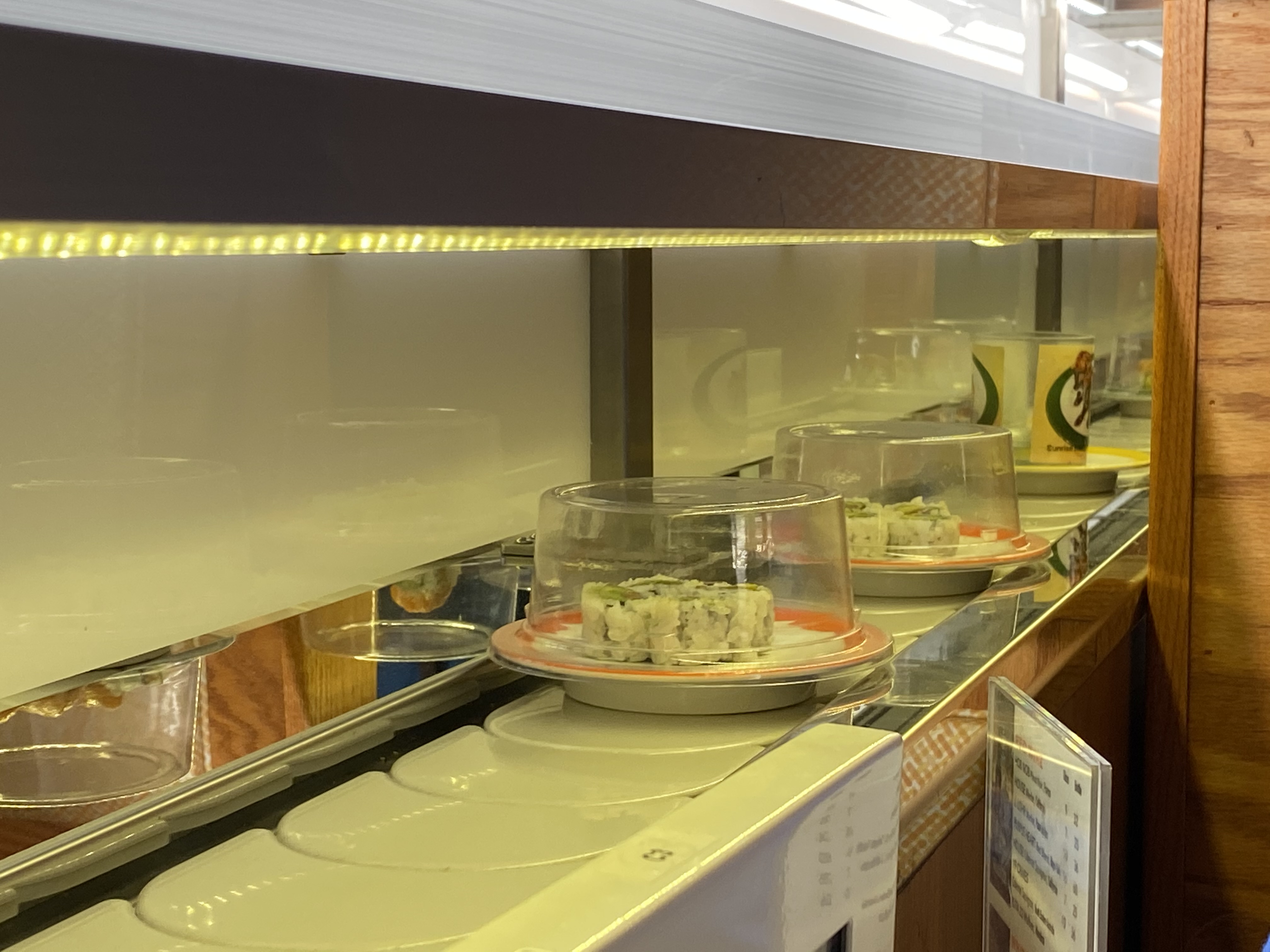 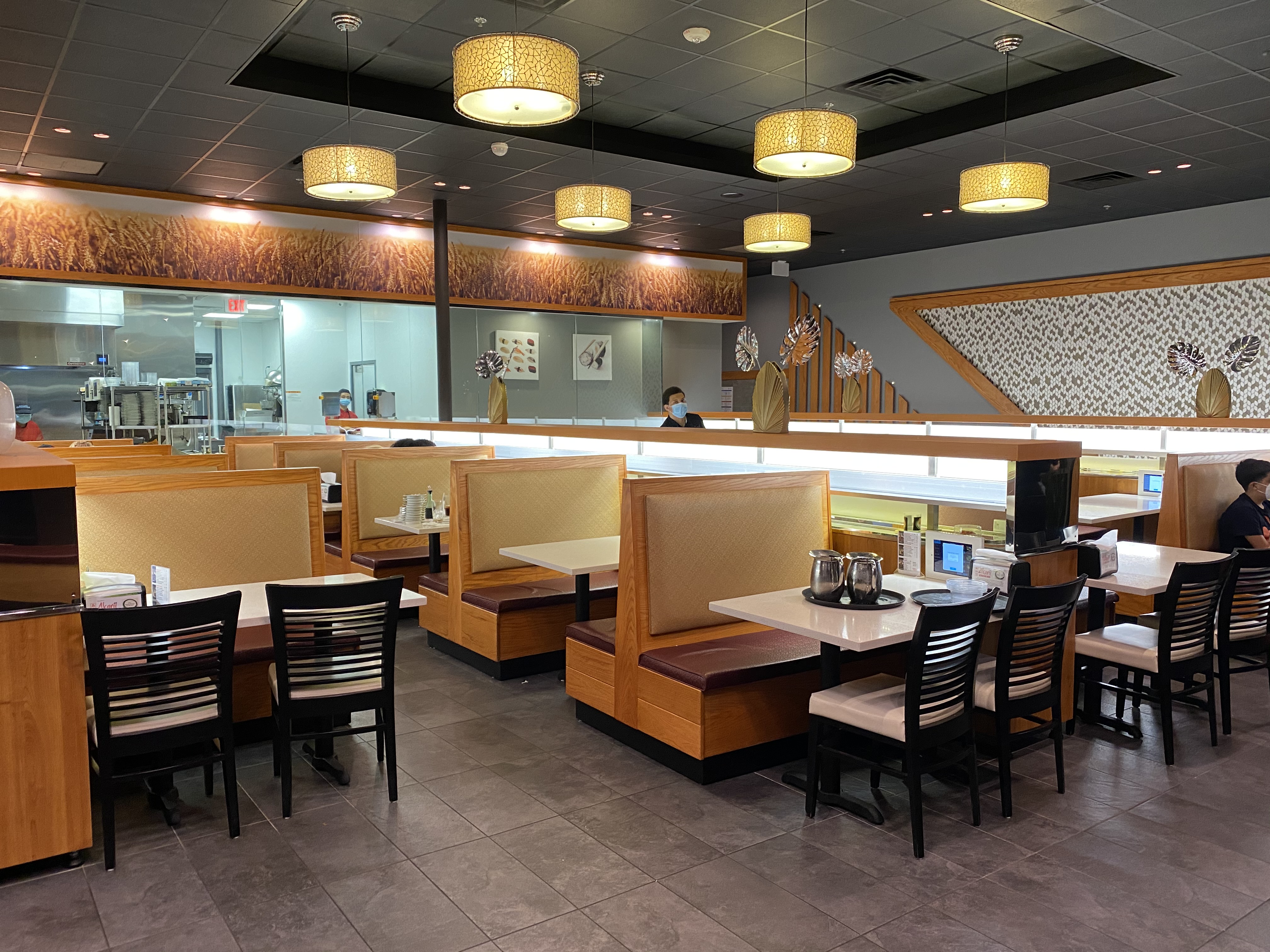 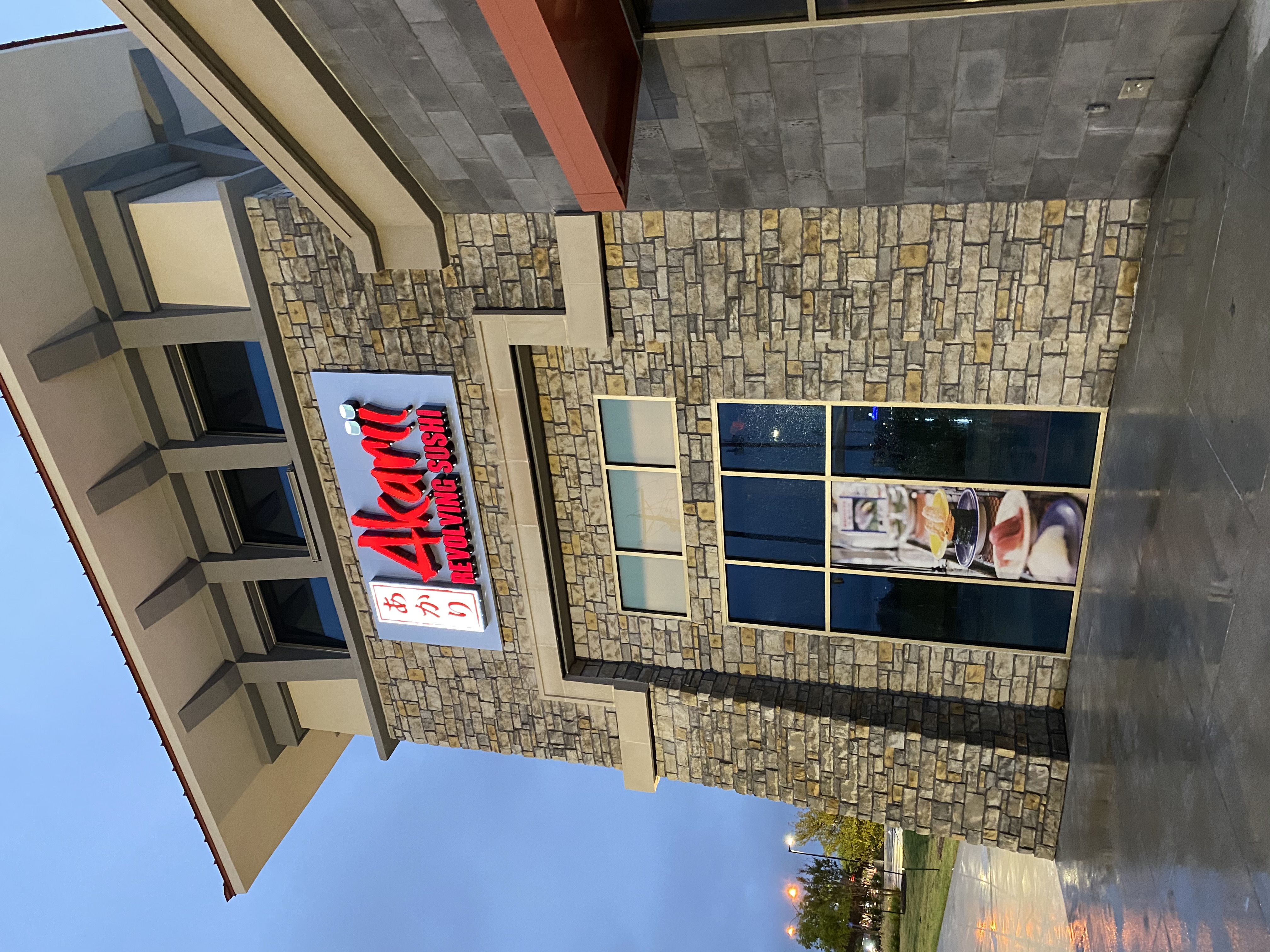 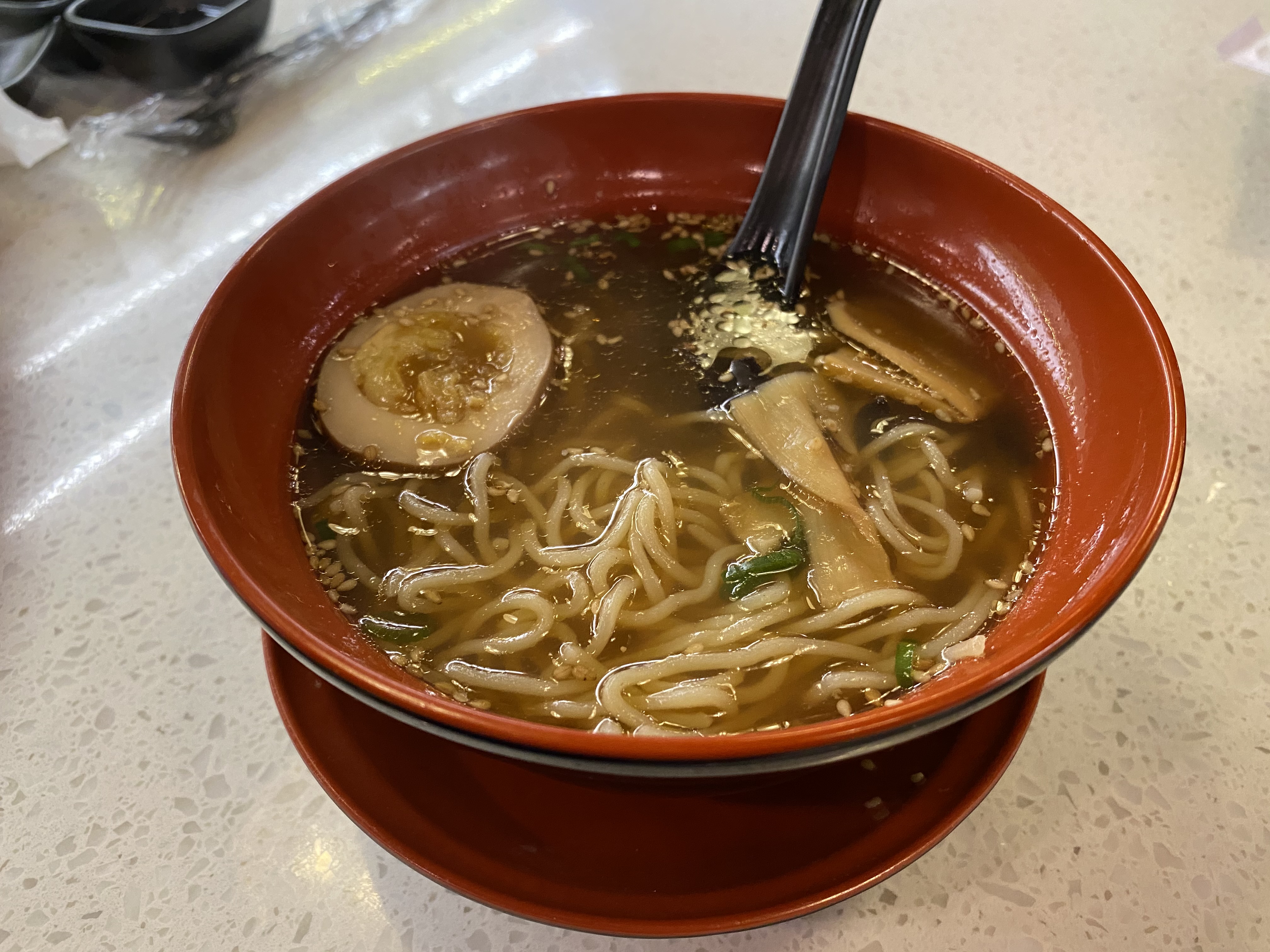 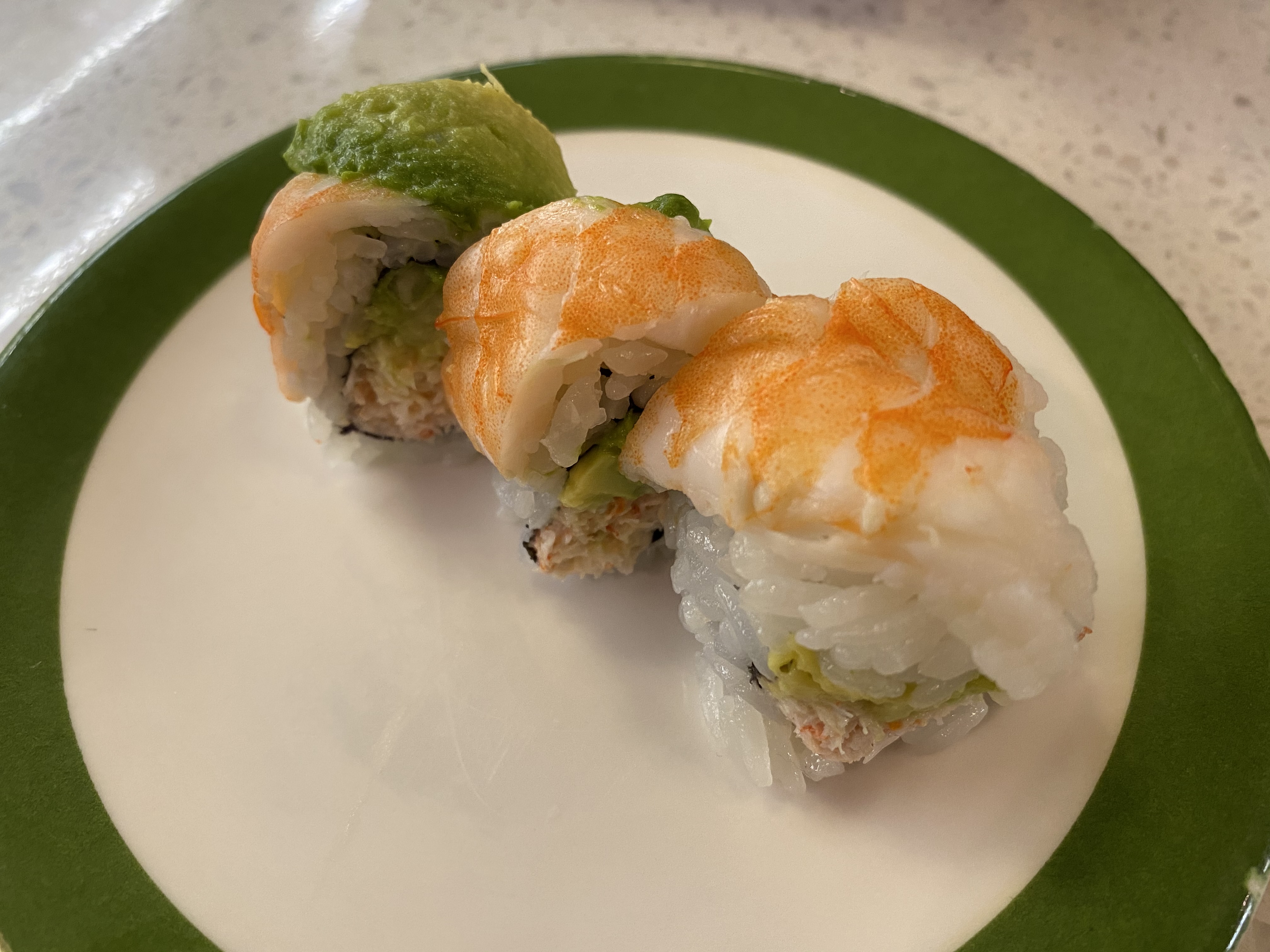 The Story: Full disclosure, I had never eaten sushi before. Where I come from, uncooked fish is considered bait. So I asked my son and daughter-in-law to come with us to show us the way.  And it was interesting, fun and some of it was really good!

The coolest part was the conveyor belt that winds through the restaurant, lined up with saucers of sushi. Little jars with photos and the names of the sushi are set in front of the saucers on the conveyor belt so you know what you’re getting. There’s an iPad on each table with pictures, prices and names, too, so you can study up. Almost all the saucers are $2.95 each, and have three to four pieces of sushi. At the end of the meal, the waiter counts up your plates to see what you owe.

Despite my trepidation, not all the sushi was raw, some was cooked, some was raw and some was a blend. All of the sushi we ate had rice and was rolled in seaweed, which they did not explain until I had eaten quite a bit.

My favorite (and a nice introduction to sushi) was the Golden Crunchy Roll, snow crab, avocado and cooked shrimp inside with sesame seed, tempura flakes and spicy mayo outside. The flavors combined into a delicious mixture with just a little crunch. The spicy mayo gave it a little zip, too.

We also tried the Tiger Roll, which had the same ingredients but with eel sauce instead of tempura and spicy mayo, and was also tasty.

You can order special items off the menu, too, so we did – a bowl of Shoyu Ramen ($6.70) that arrived express on its own conveyor belt in a special black cart. Since it came straight from the kitchen, the soup was piping hot and was a flavorful pork broth with ramen noodles that soaked up more flavor the longer it sat. The soup had soy sauce, chashu pork and sesame seeds.

The Atmosphere: The restaurant is in a new shopping center on the northwest corner of the Broad Street and Texas 360 intersection. The interior is Japanese modern with black walls and sleek design, but it’s still comfortable. A glass wall separates the dining room from the kitchen so you can watch the chefs make your meal.

There’s about two dozen booths lined up back-to-back with partitions between so it’s not hard to socially distance. Plus, they take your temperature as soon as you walk in. Service is good, too. Even though the meals came by on the conveyor belt, our waiter came by frequently to refill our drinks, and the manager came by to make sure we were happy.