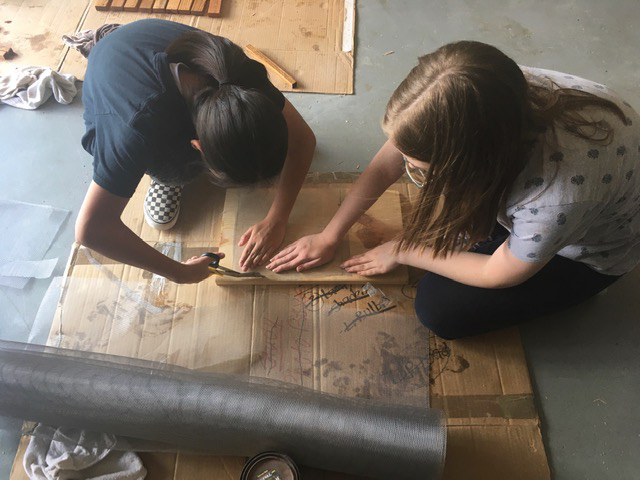 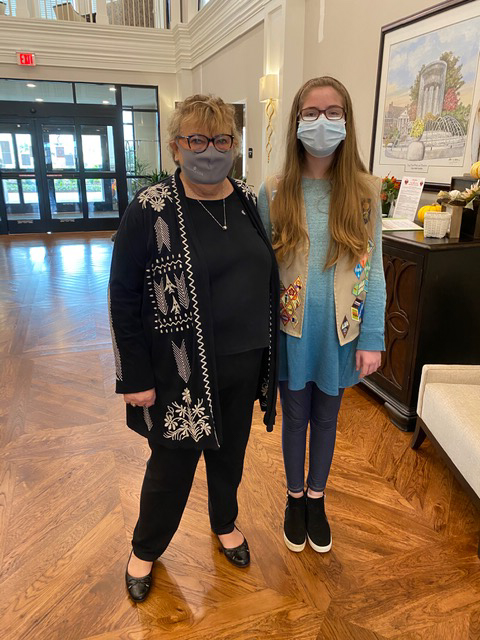 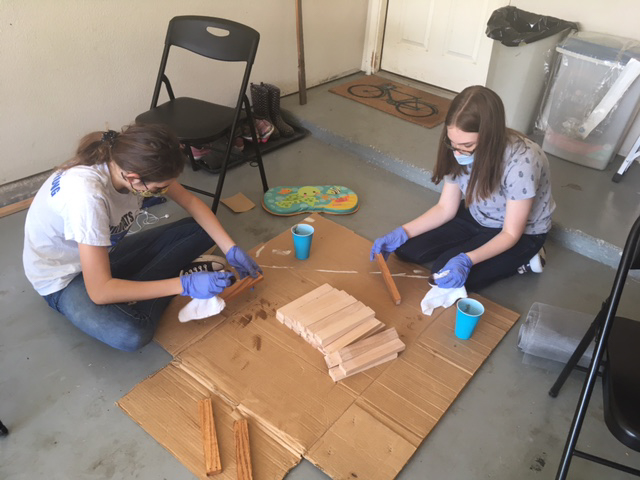 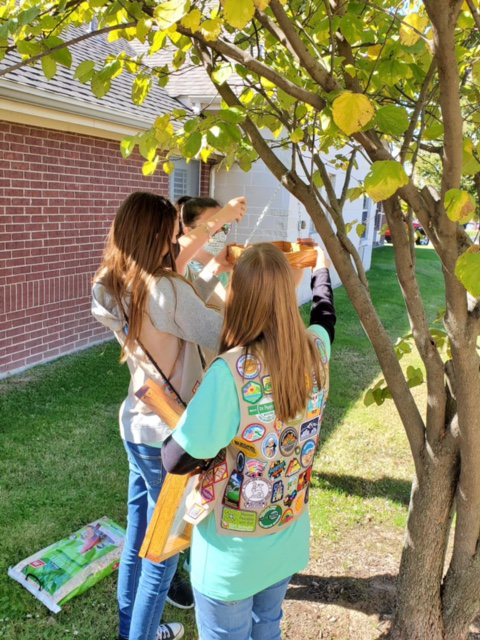 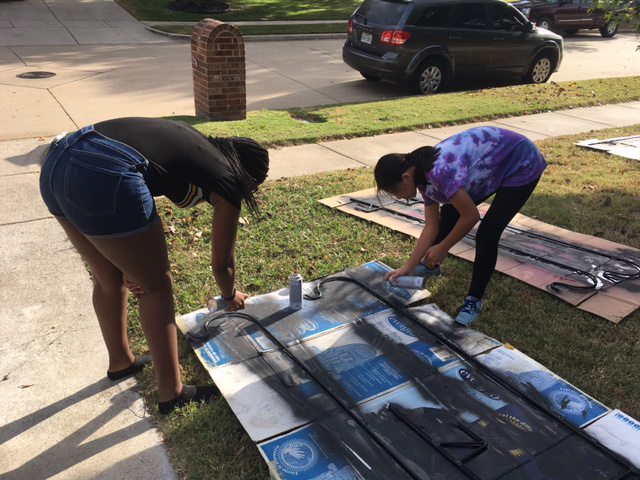 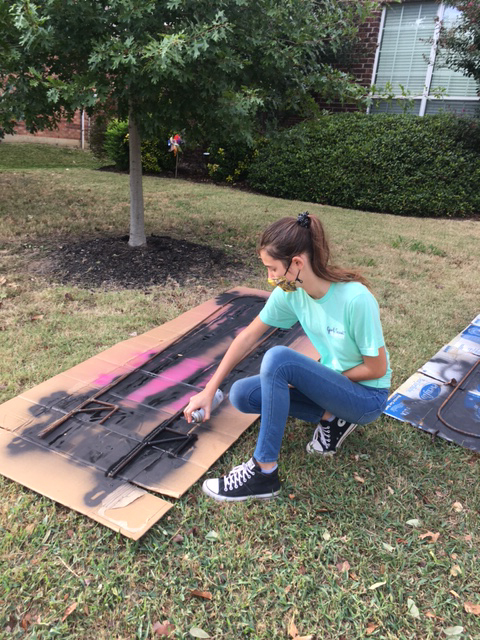 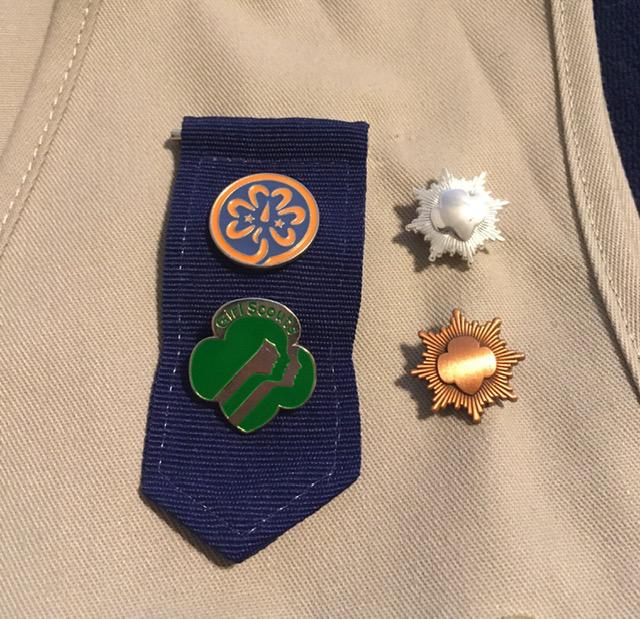 Mansfield’s Girl Scout Troop 2122 celebrated a silver Christmas. Half of the troop’s 10 members earned their Silver Award, the highest honor a Girl Scout Cadette (sixth-, seventh- or eighth-grade) can receive.

“They’re supposed to sit down and talk about the needs in the community, make calls and focus on one need,” explained Shannon Meister, who leads the troop with Angela Herring. “It has to be something sustainable.

“They thought about senior citizens and how they are locked away because of the pandemic,” she said.

And they thought of bird feeders that could be stationed outside nursing home windows where the residents could watch them every day.

“The girls learned a lot, how to nail, drill, sand, stain, mix cement and level,” Meister said. “They also had to cut aluminum mesh and fold it. They worked really, really hard. The girls came over three different Saturdays for 10 hours each. “

Almost all of the supplies for the bird houses and bird seed were donated by The Home Depot, Lowe’s, local businesses and friends, she said.

The girls also researched birds native to North Texas and created handouts for residents with 11 birds they were likely to see.

“Each girl to earn a Silver Award has to work 50 hours,” Meister said.

“The lady at Pecan Manor just stared,” she said. “She couldn’t believe that we did all that. The girls liked seeing all their work come to fruition. They never complained.”

A former member of the troop who moved to North Carolina in May also earned her Silver Award.

“Maddie Clark came to every Zoom meeting we had,” Meister said. “She did everything we did and she did it on her own. She built birdhouses, asked for donations and made her own video. I helped her fill out her own paperwork. She had to do the research on her own.”

The girls were to receive their Silver Awards at their December meeting. And they have to start planning for the next step.

“Our girls have all four years of high school to earn their Gold Award, that’s 100 hours,” Meister said. “We’ll stay together.”