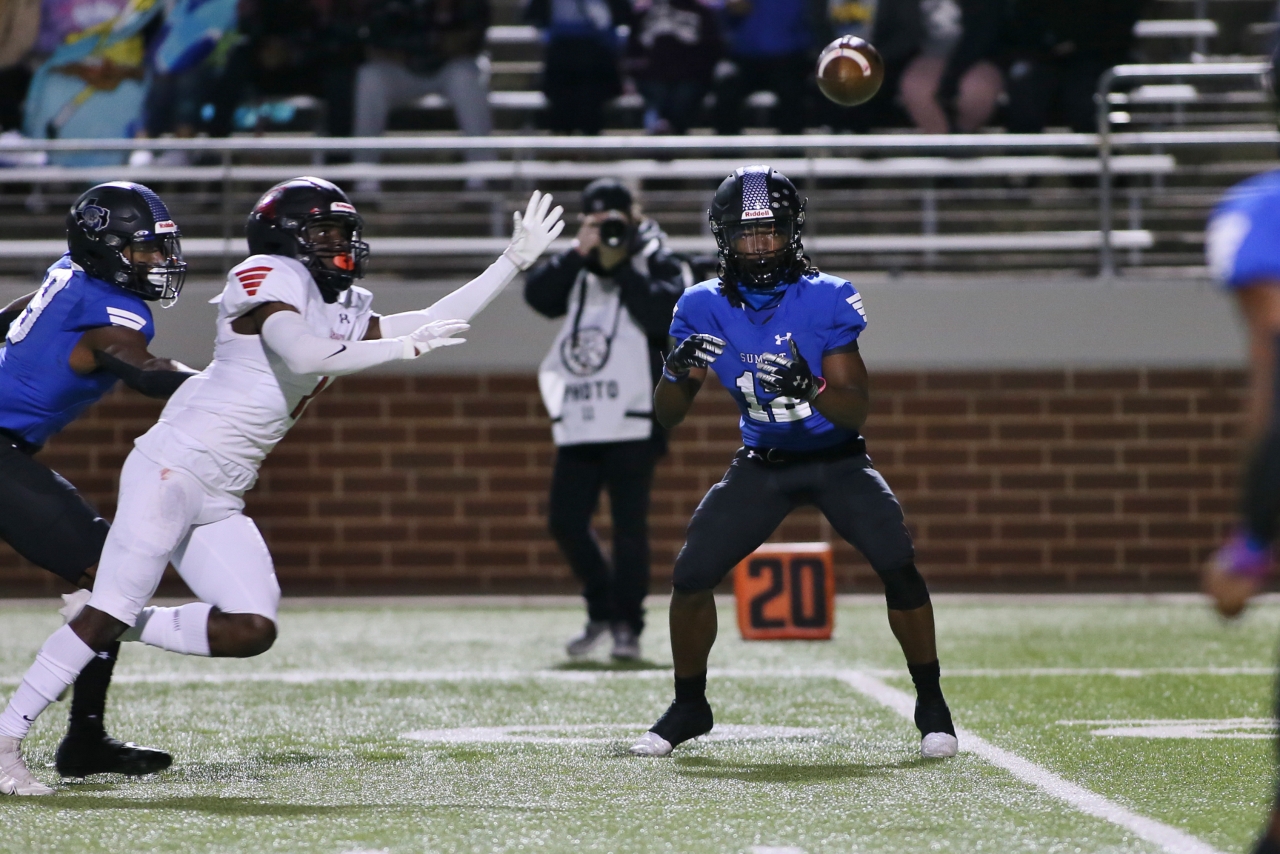 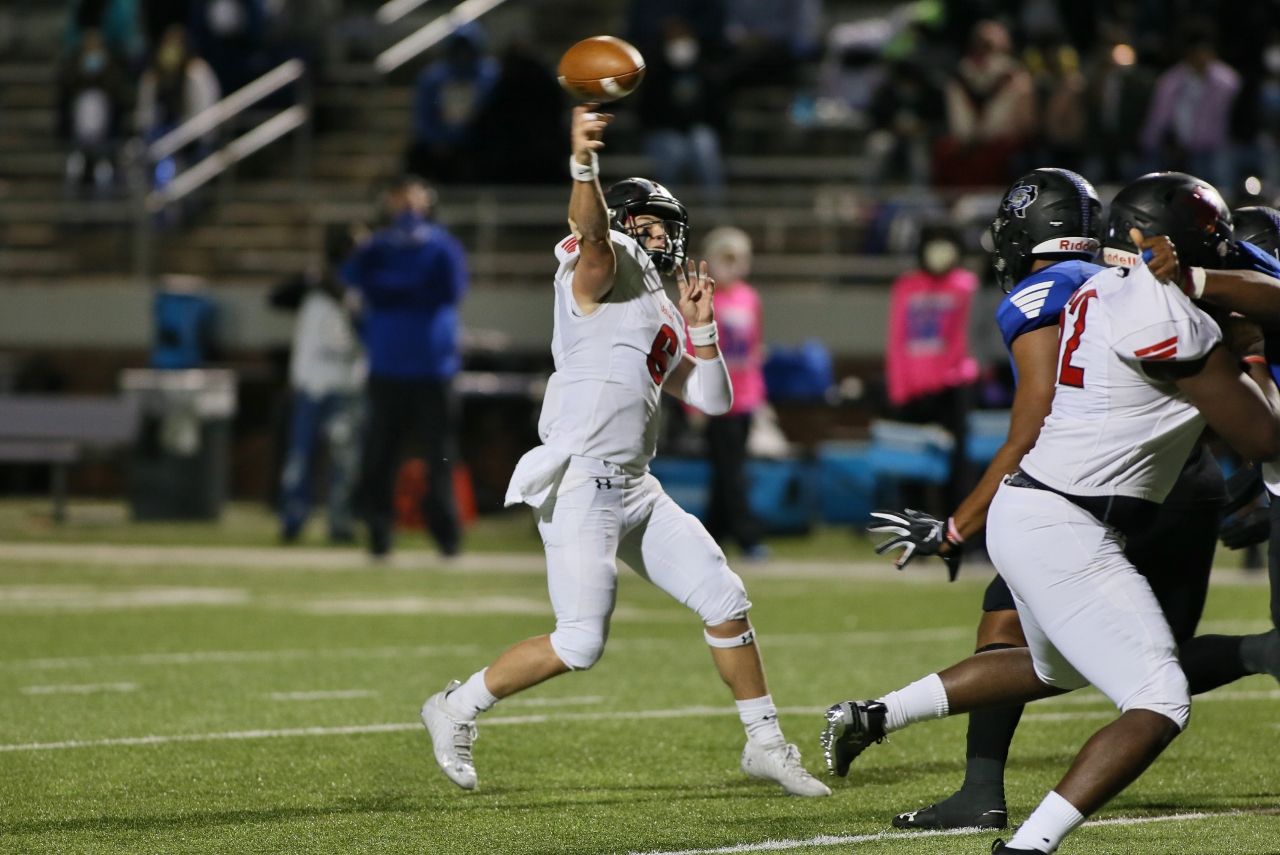 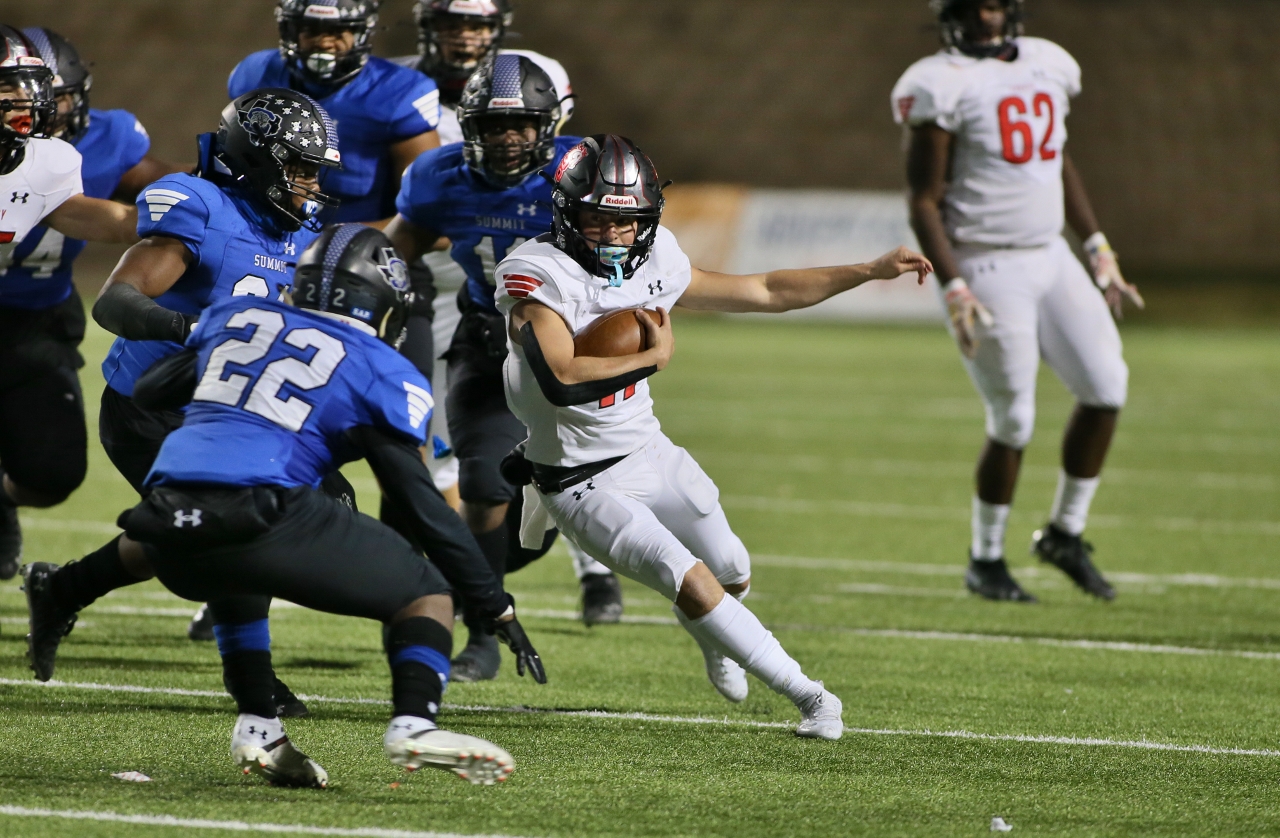 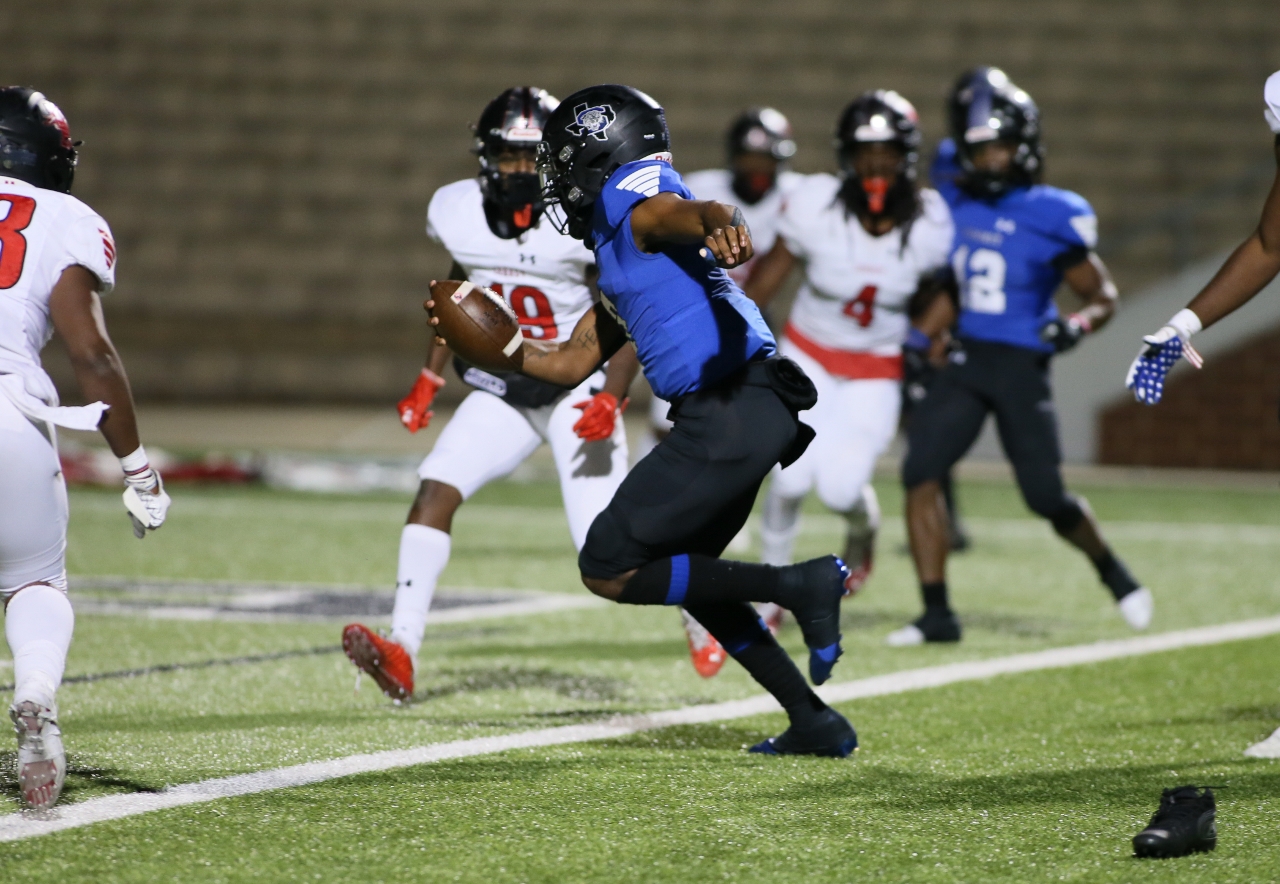 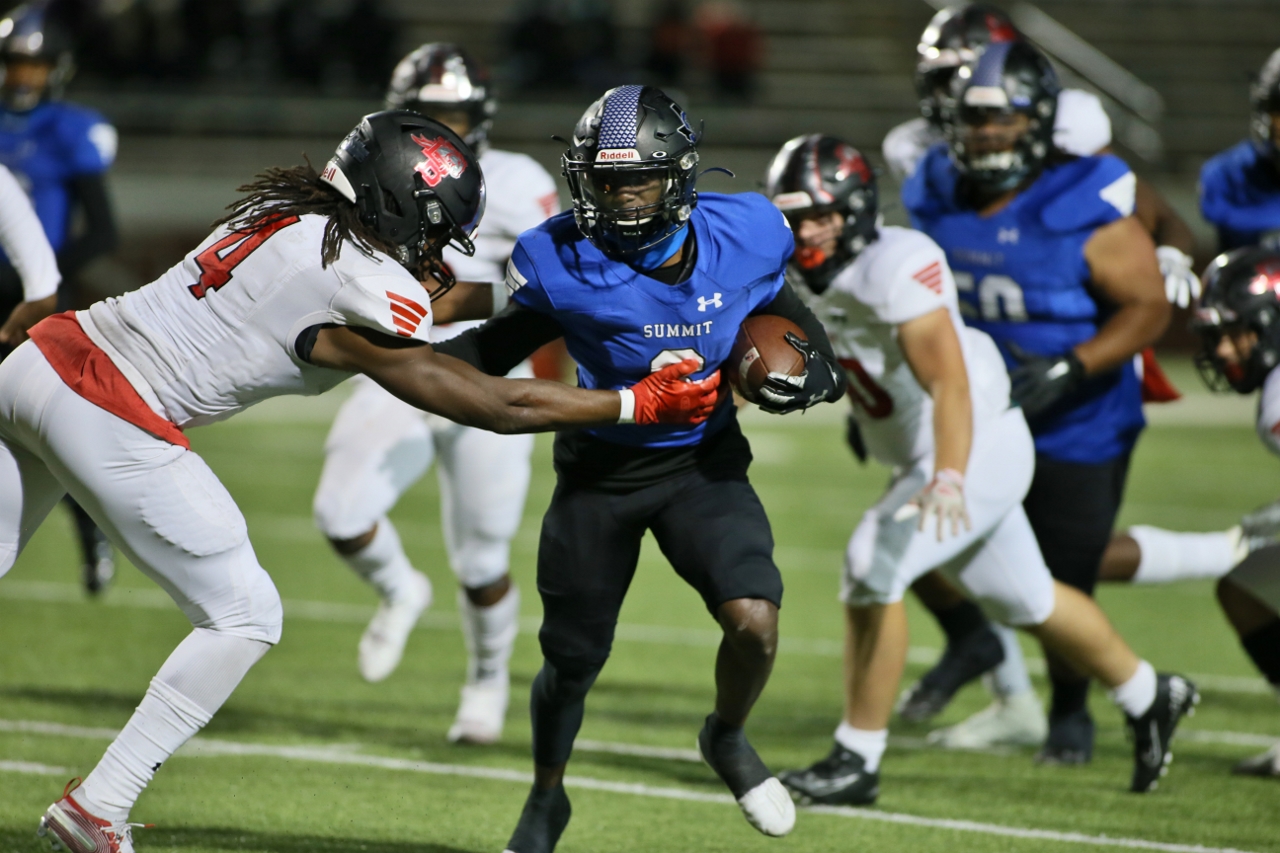 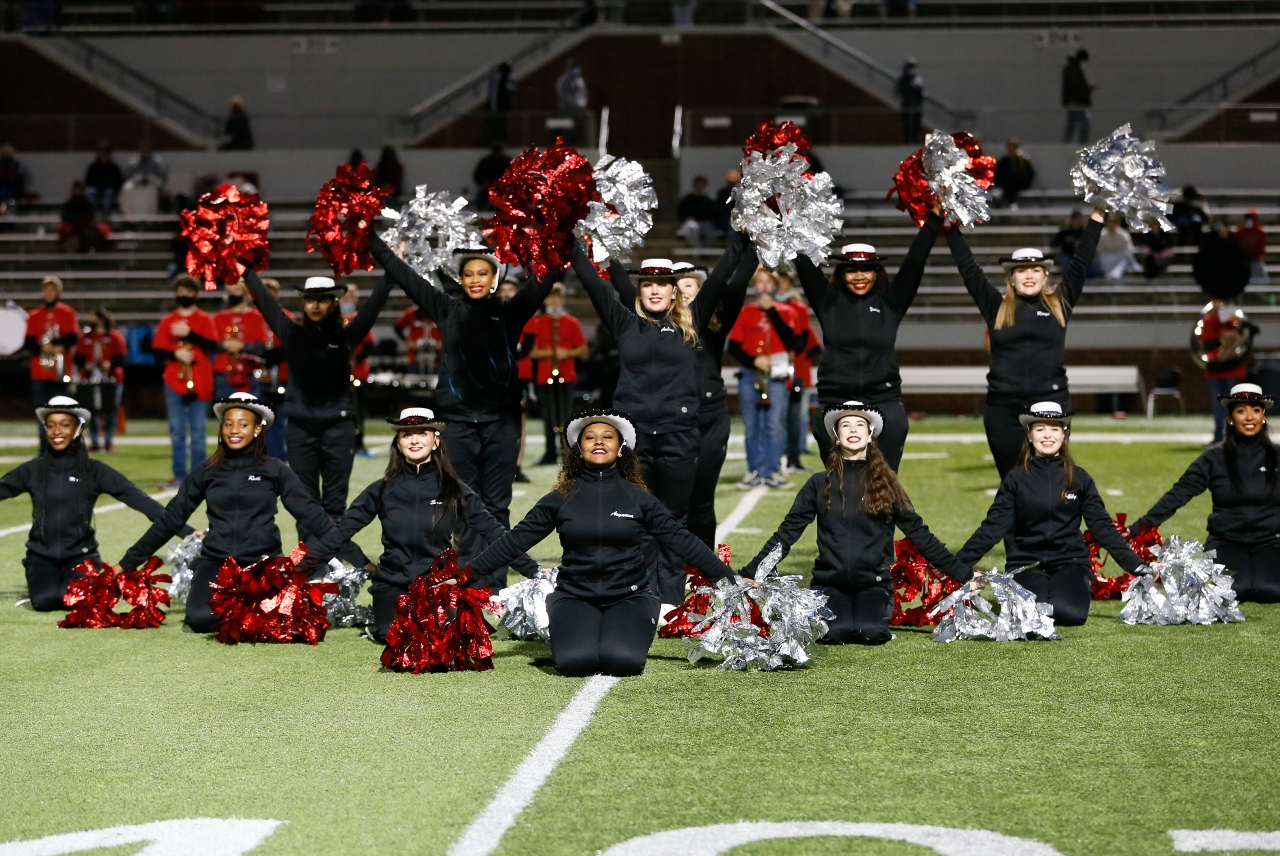 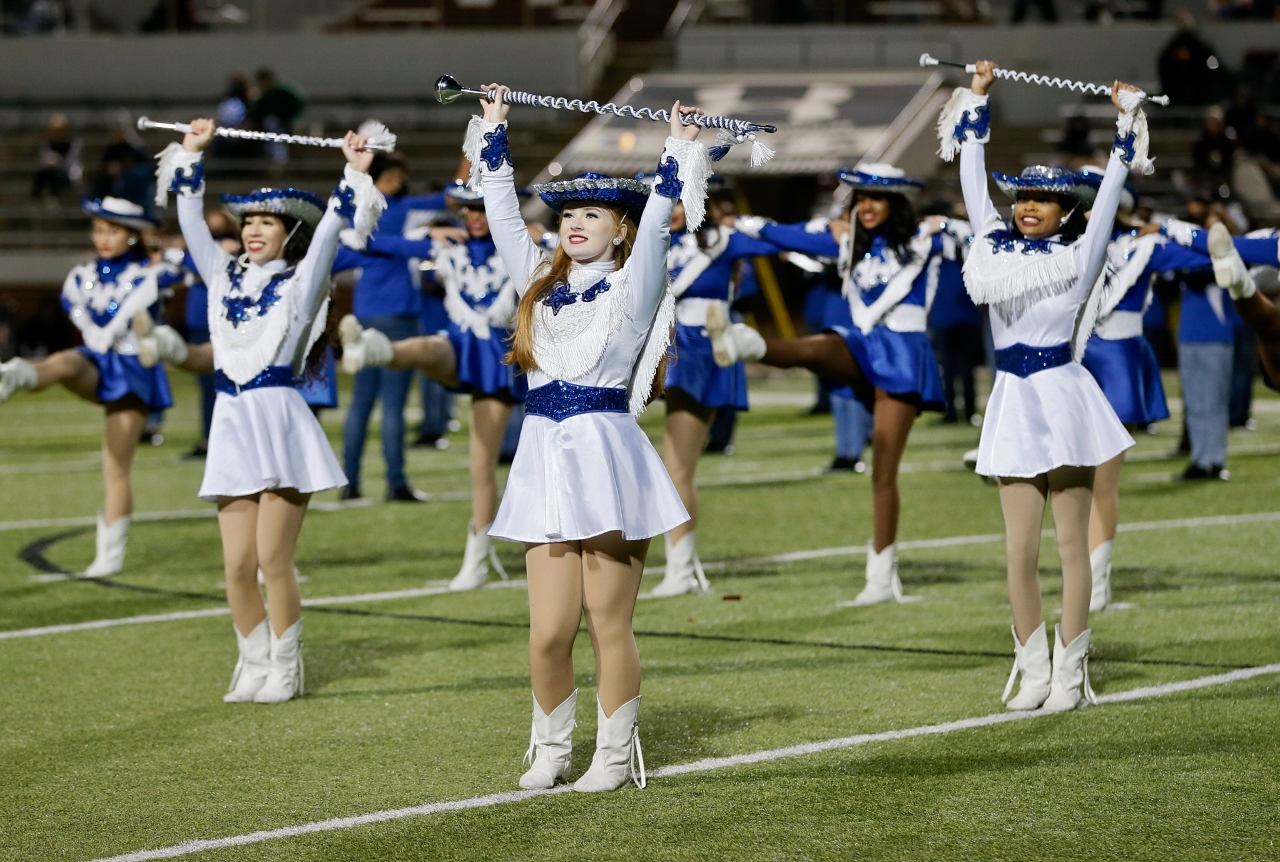 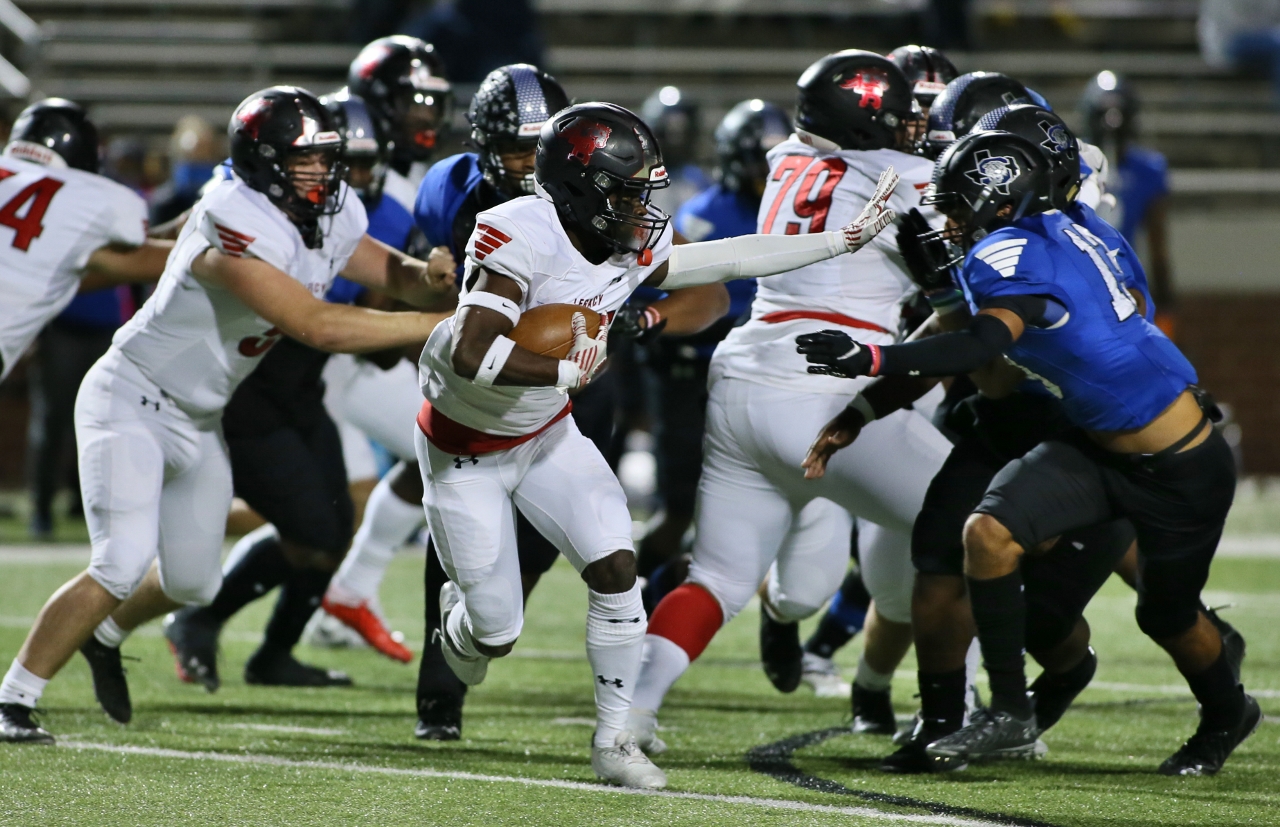 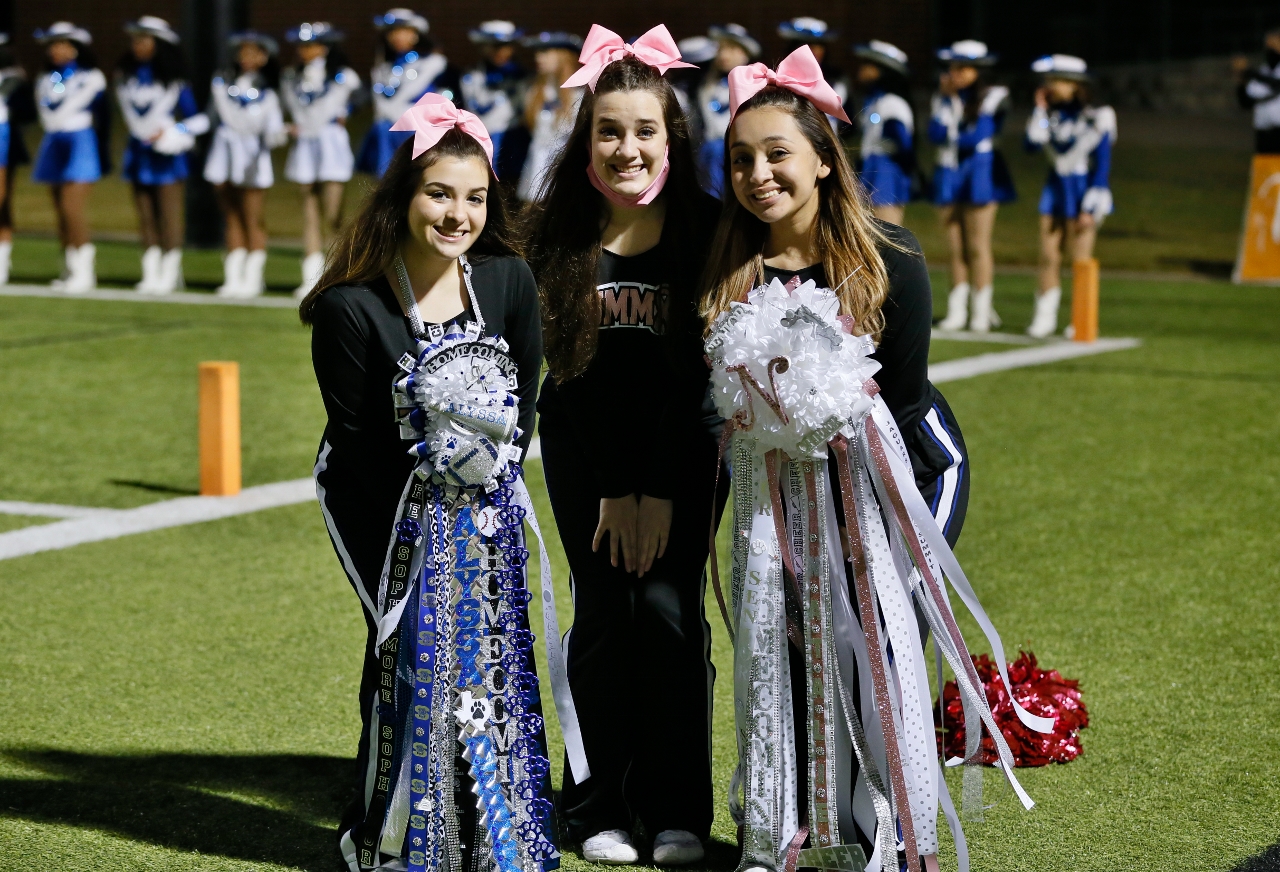 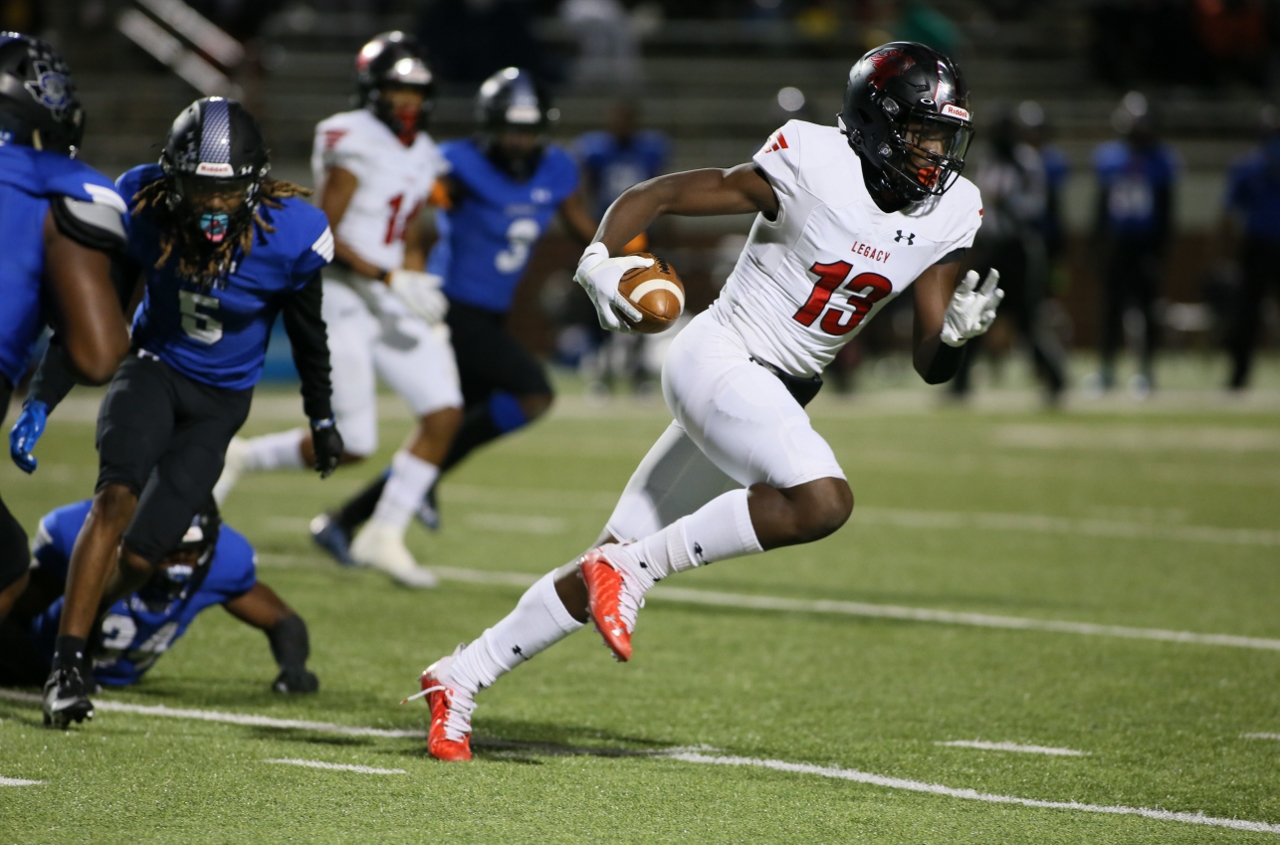 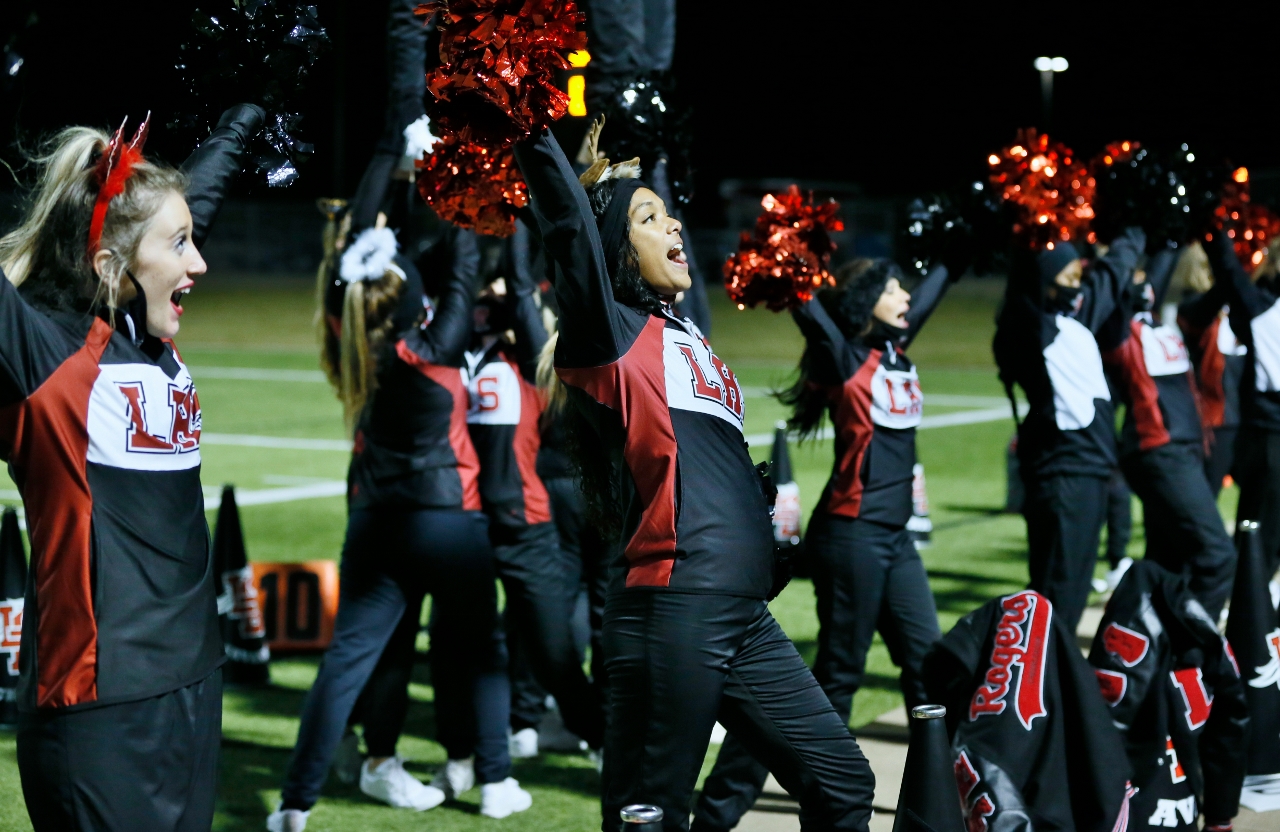 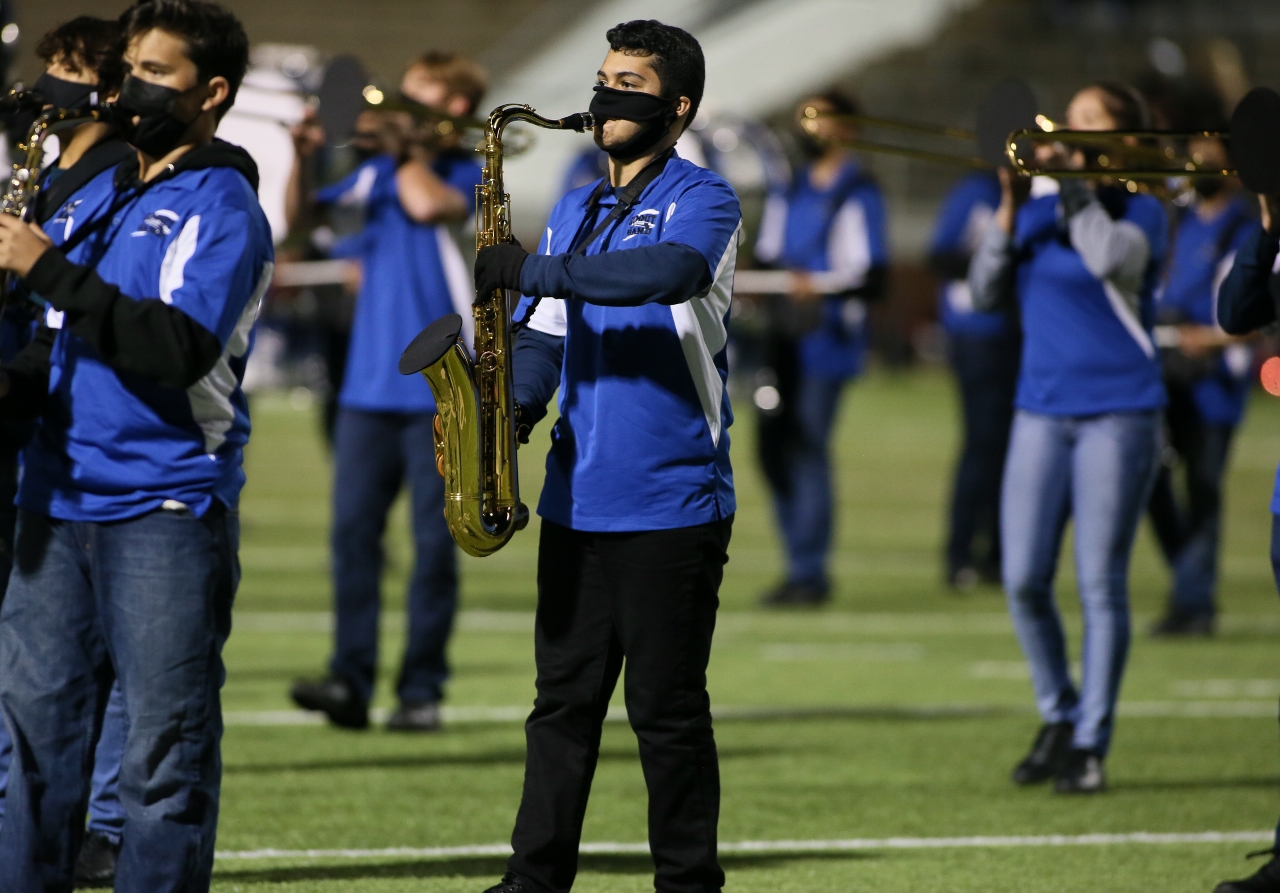 Summit took control early in its football game against Legacy on Friday, scoring on its first two drives while smothering Legacy’s offense in an 39-7 victory at Vernon Newsom Stadium.

Jaguars quarterback Emaceo Davis fired a 9-yard touchdown pass to Hal Presley to cap an 11-play drive and put Summit up 7-0 about 4 minutes into the game. Earlier, Davis kept the drive going by hitting Presley with a 12-yard strike on fourth down to put the Jags inside Legacy’s 35-yard line.

A penalty, sack and tackle for loss hampered Legacy (1-3, 0-2 District 4-5A Division I) on its first possession, forcing a three-and-out, giving Summit good field position, at Legacy’s 37-yard line.

David Hopkins then took his turn at QB for Summit (2-2, 1-0). His 16-yard pass to Asa Aldridge put the Jags inside the Legacy 20-yard line. Five plays later, Jaydon Lott plunged into the end zone from a yard out for a 13-0 lead.

Legacy’s offense was unable to mount much of an attack against Summit’s quick defensive line. The Broncs went nearly the entire first quarter before logging a first down when Beau Kilgore passed to Isaiah Williams to move the chains.

Kilgore started at quarterback for Legacy, but Frank Alvarez also saw time under center in the second quarter. Legacy’s third drive went into Summit territory, but a bad snap on a punt attempt gave the Jags the ball at Legacy’s 37-yard line with 6:19 left in the half. The Jags drove inside the 10-yard line, but Legacy defensive back Ore Adeyi made a diving interception in the end zone to thwart Summit.

After limiting Legacy to four plays, the Jags need only one to score again when Keon Hobbs bolted through the line and past the Legacy second to go 63 yards for a touchdown, making it 20-0 with just under 2 minutes left in the half.

Summit’s next score came on another big play, a 60-yard pass from Hopkins to Presley, who caught the ball over the outstretched hands of the Legacy defense to extend the lead to 27-0.

After a 4-and-out by the Broncs, it was their defense’s turn to shine. Braydan Murphy made a leaping interception in the end zone to halt another Summit drive. After the teams traded possessions, Legacy’s offense cashed in, traveling 75 yards in 12 plays to score on Alvarez’s 9-yard pass to Williams, making the score 27-7 just before the third quarter ended.

Summit’s next drive resulted in gains of 9, 12, 11 and 37 yards, the last play a bomb from Hopkins to Kainen McKinney, who grabbed a tipped pass inside the 5-yard line and took it to the end zone for a 33-7 lead. Hopkins tacked on a 3-yard TD run with 5 minutes left in the game to set the final score at 39-7.

The rest of the Mansfield ISD teams play Friday night games this week.