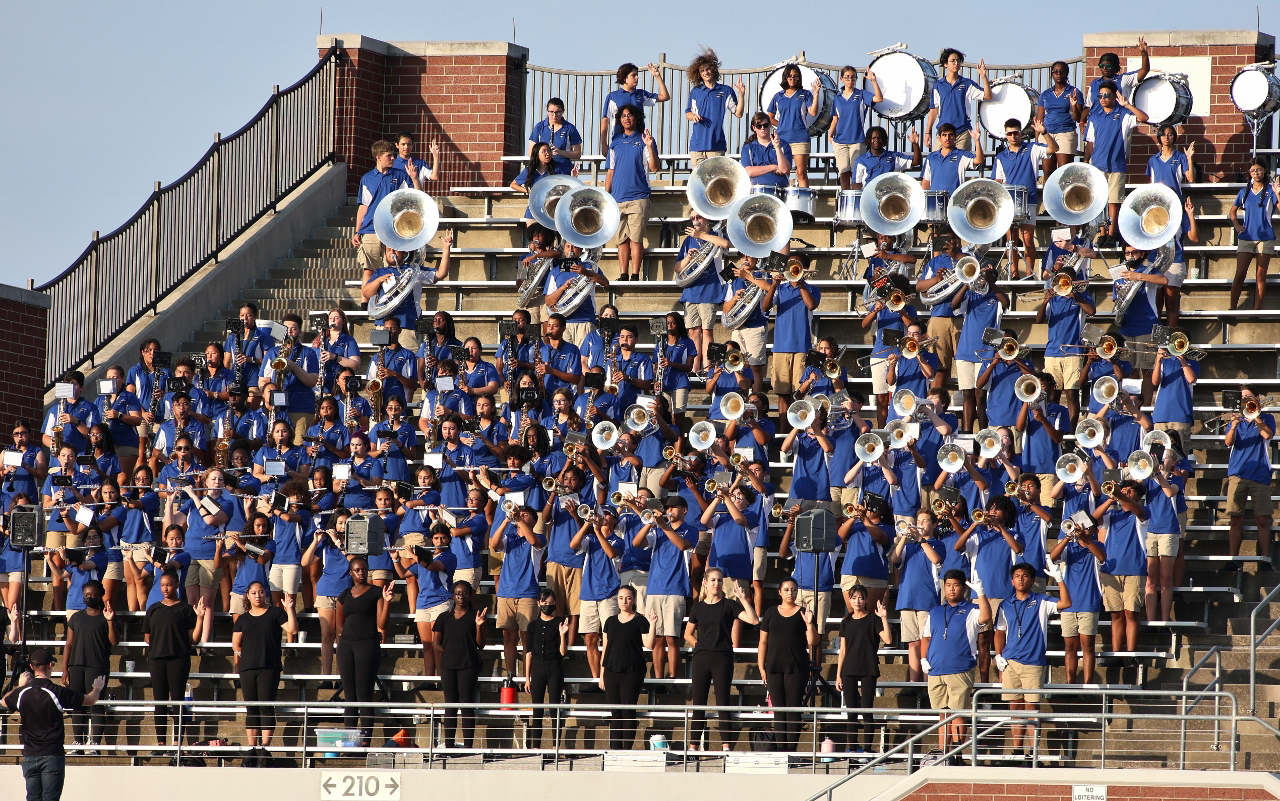 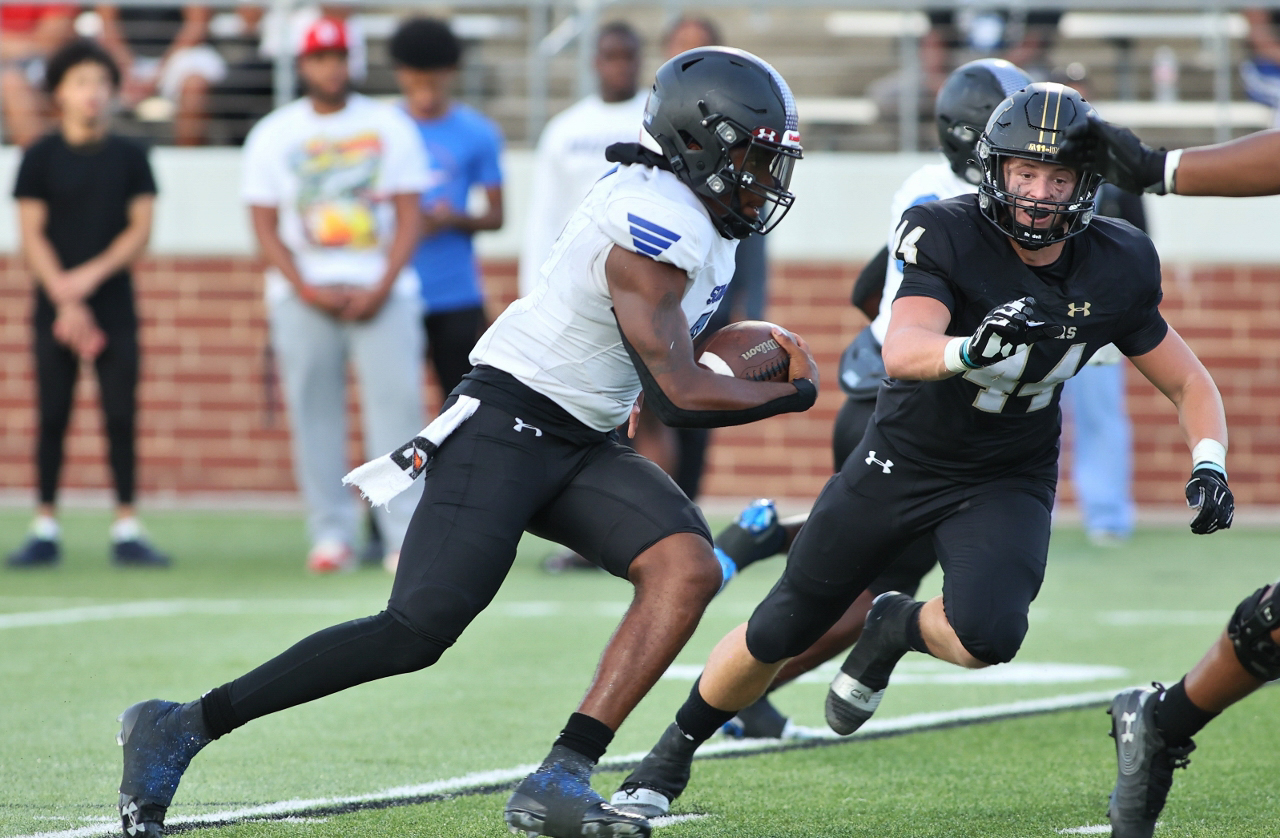 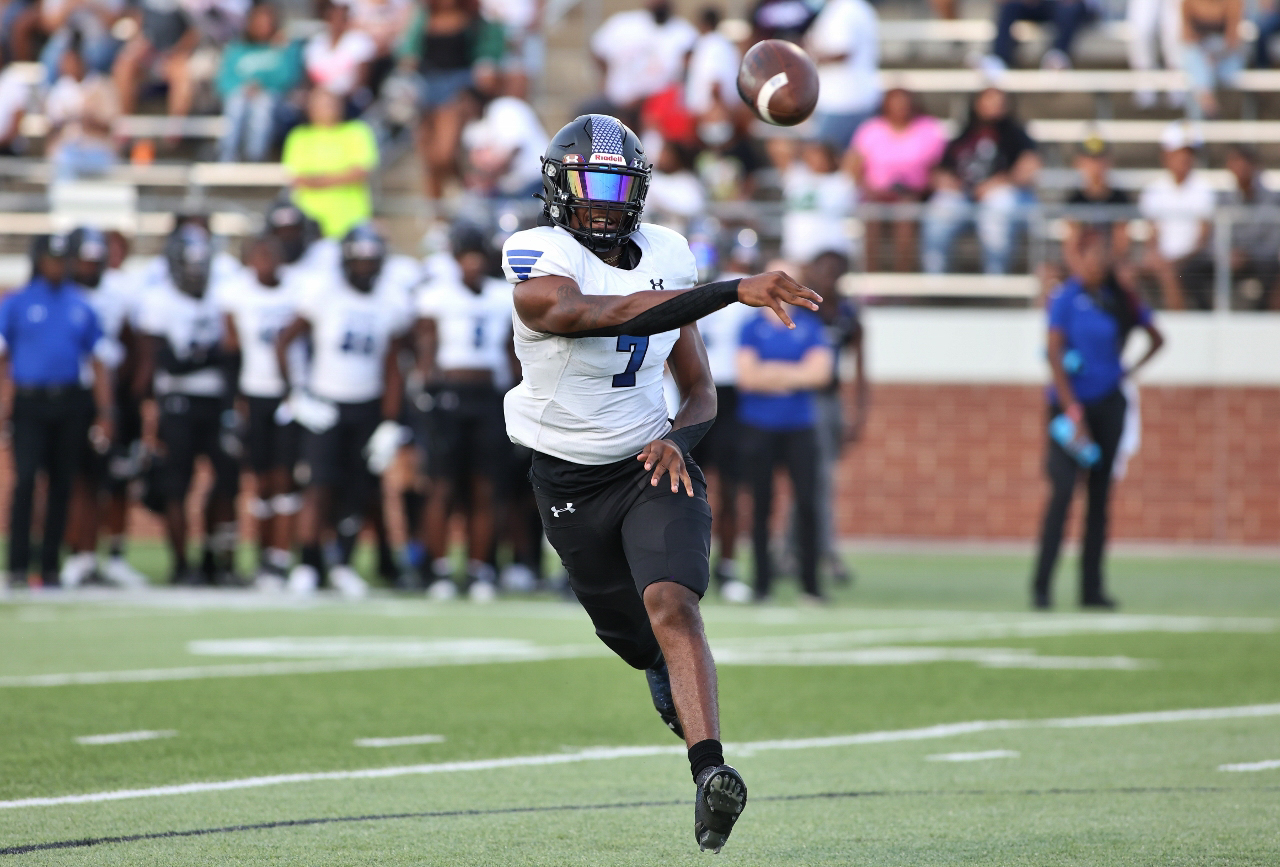 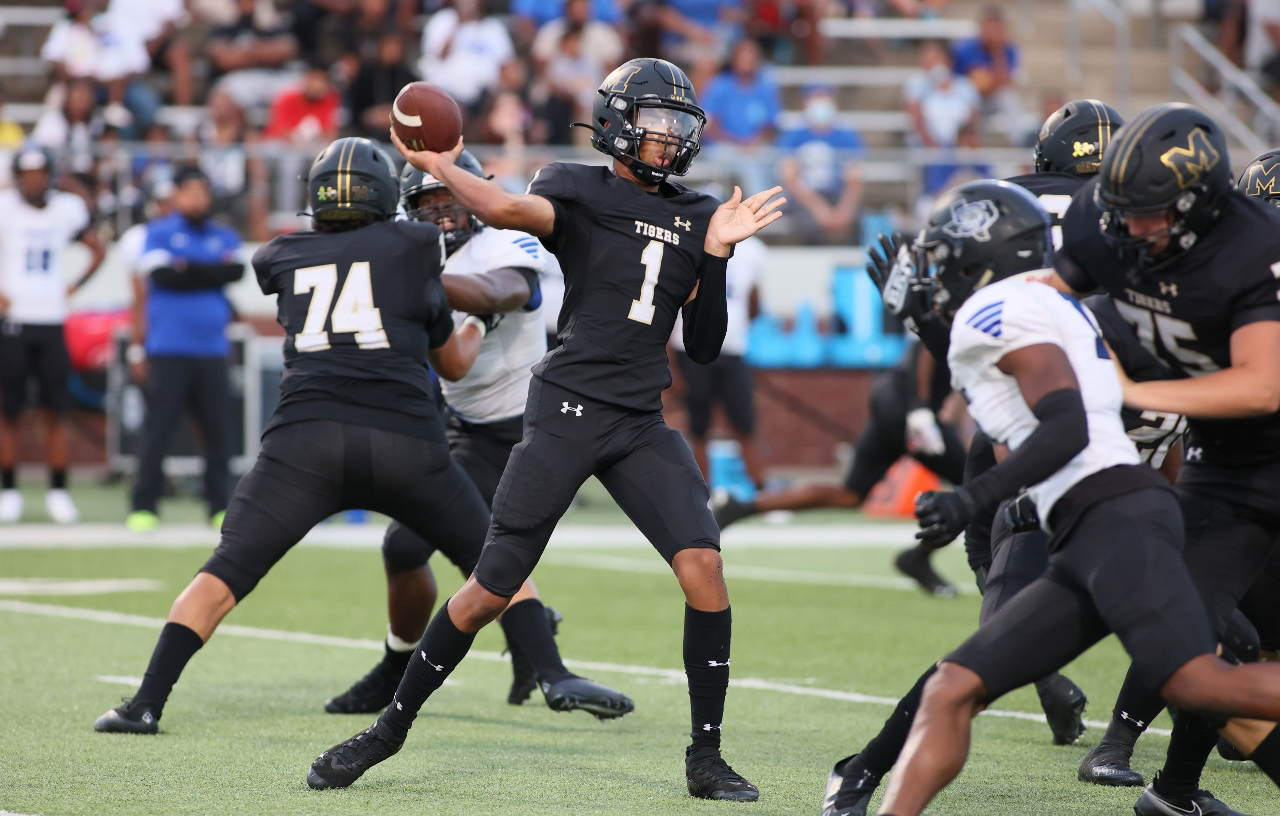 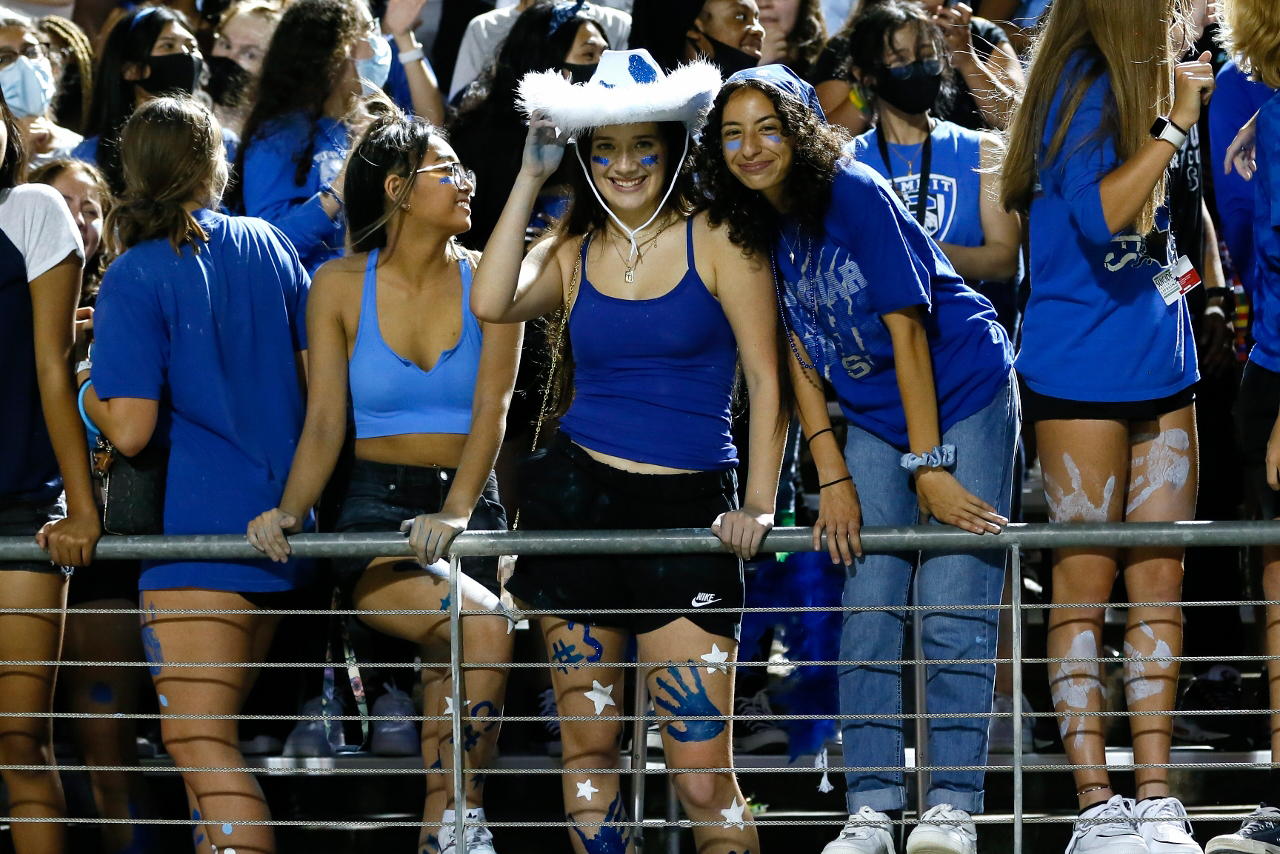 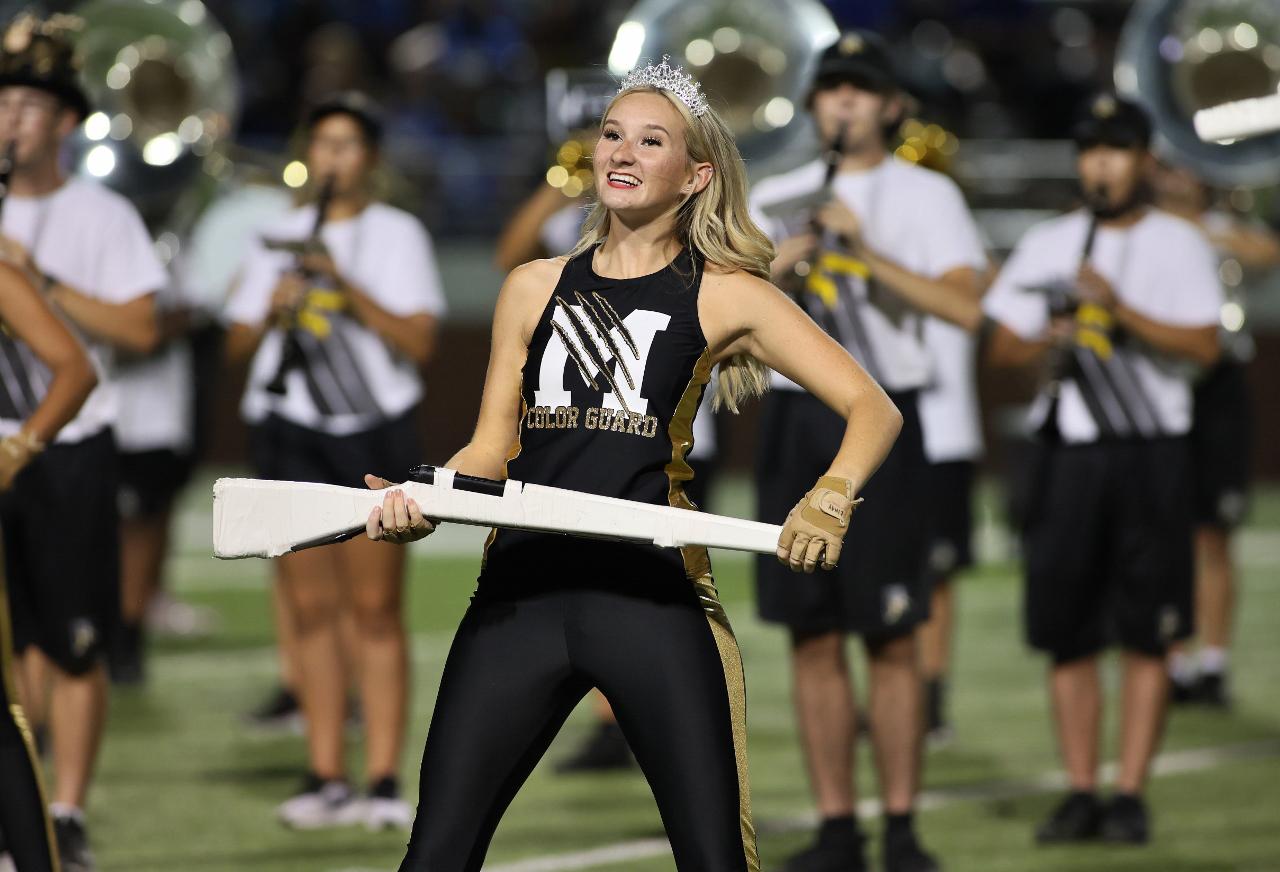 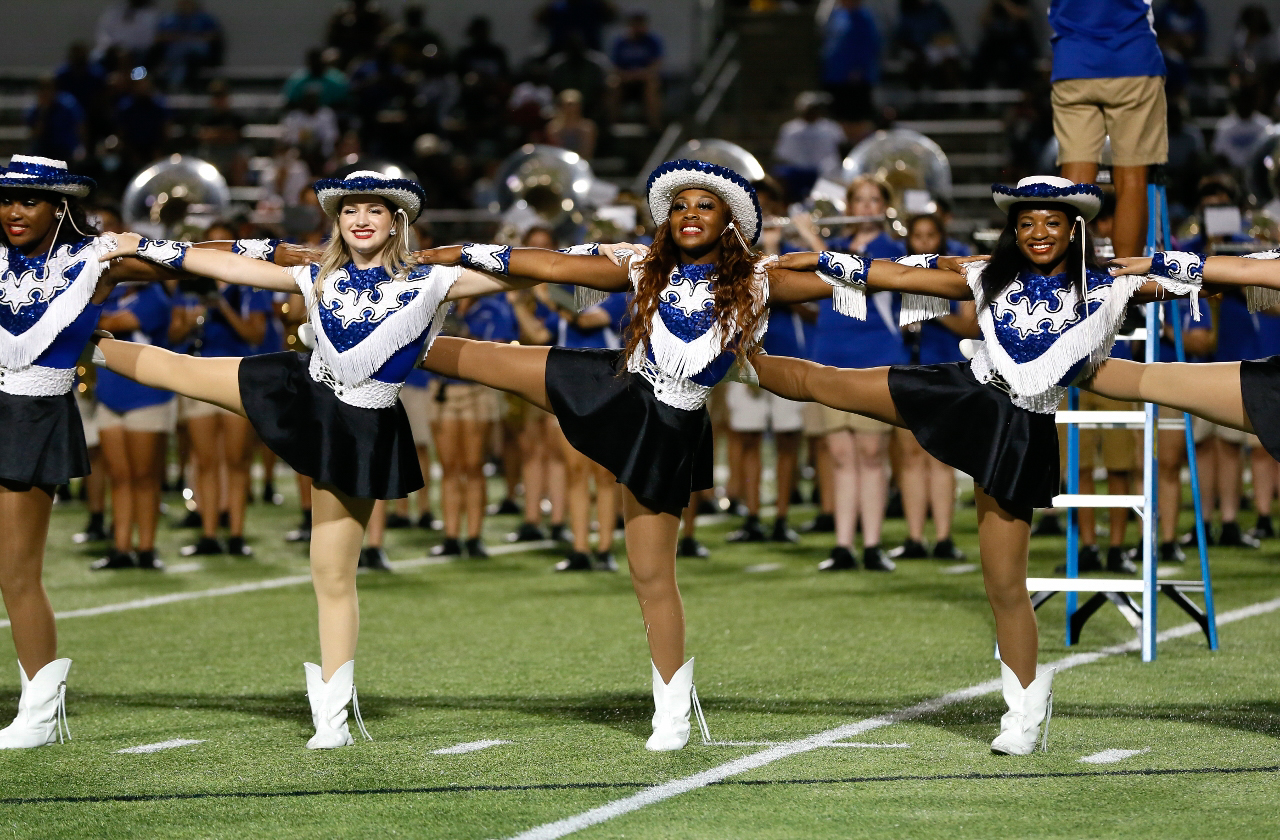 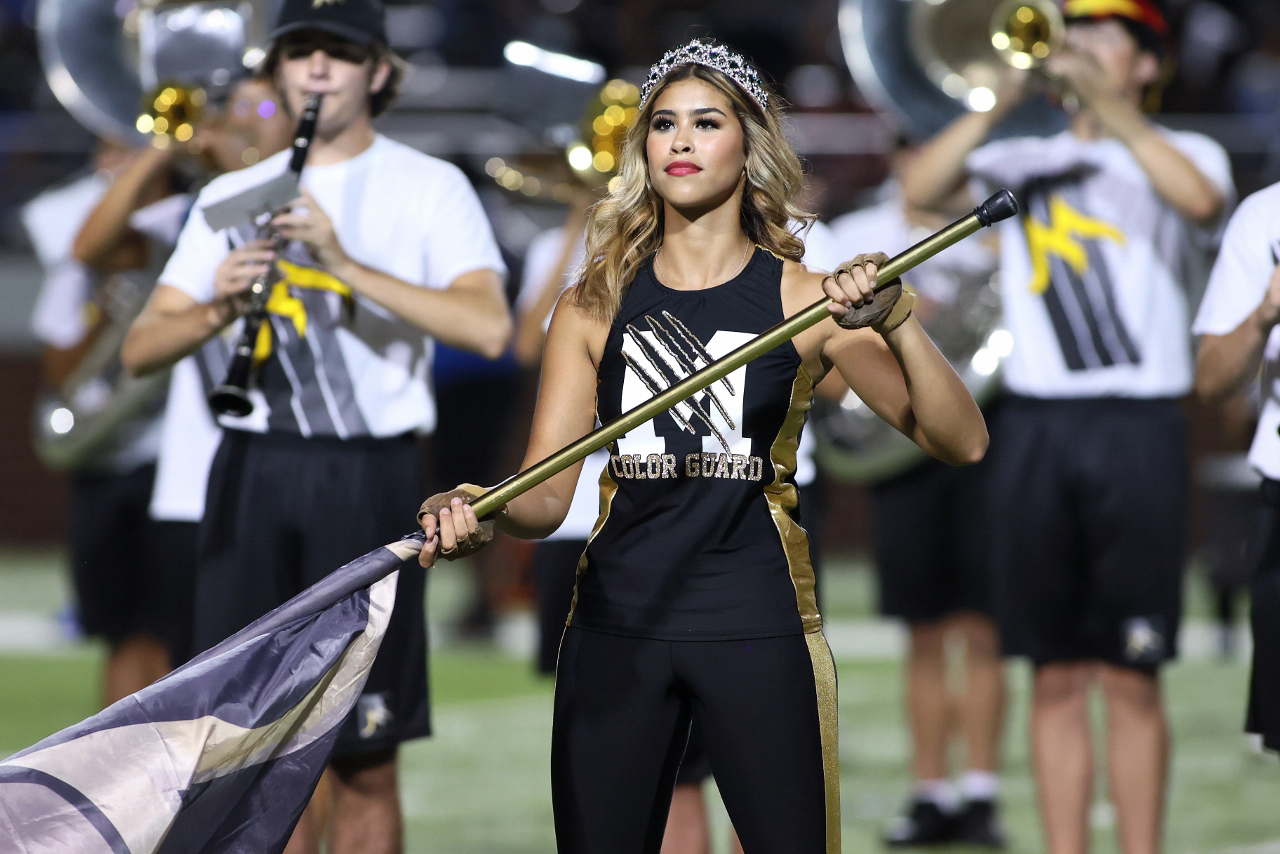 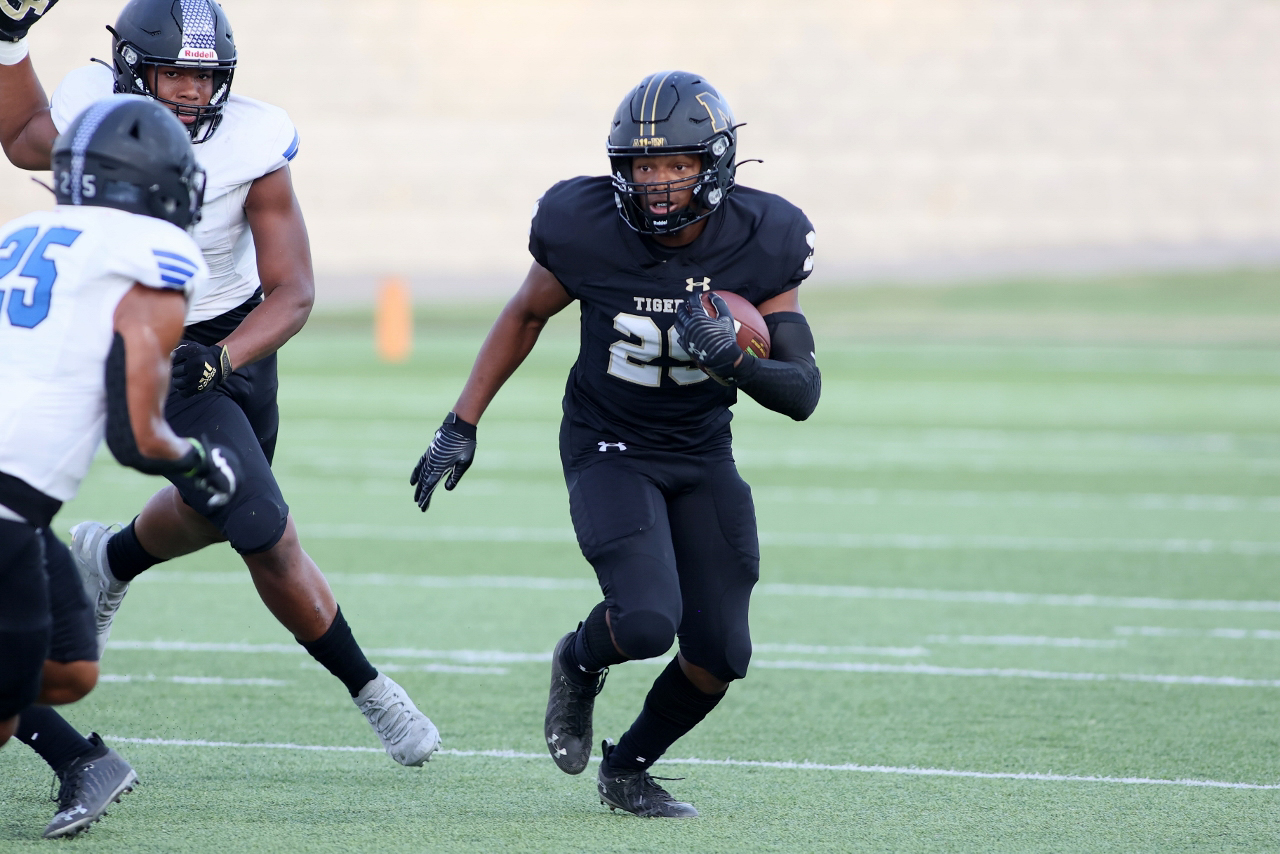 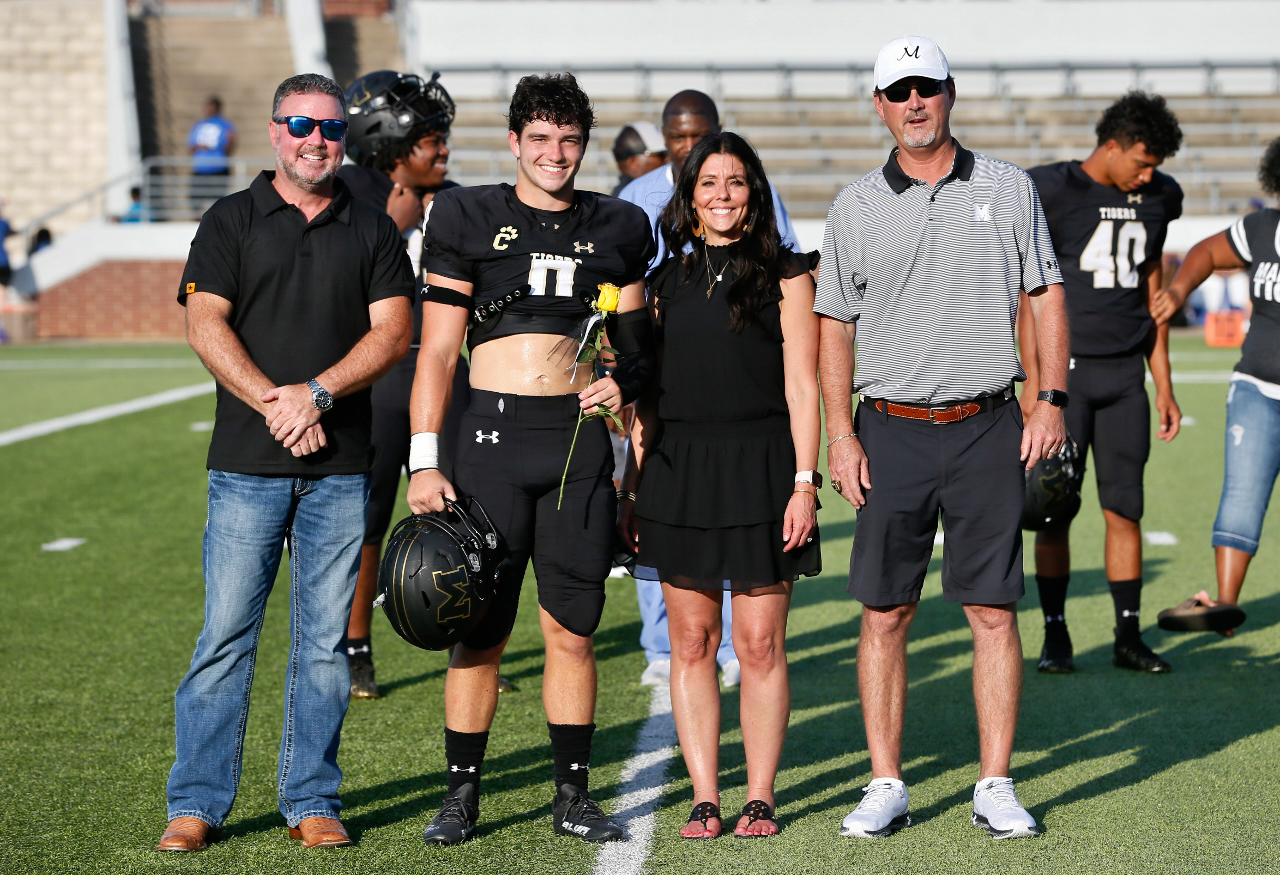 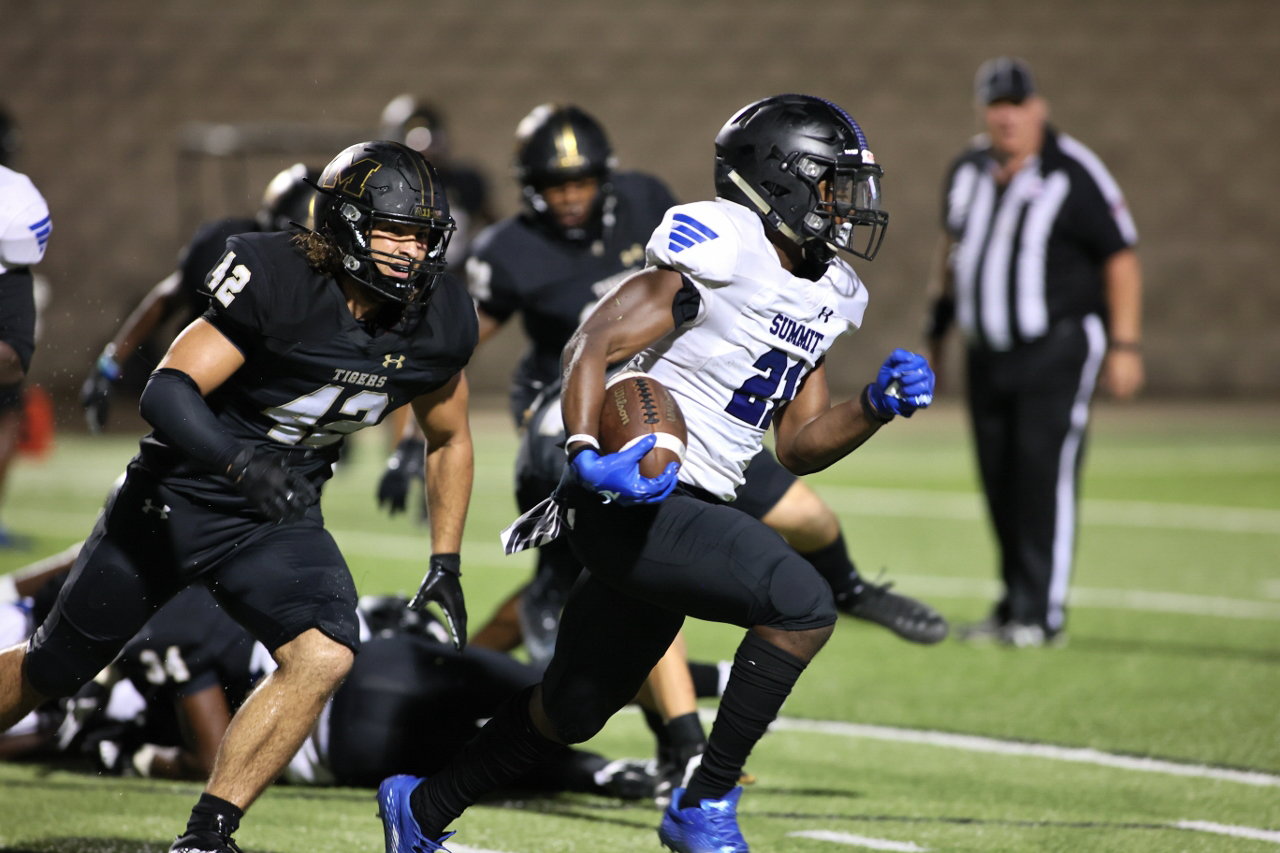 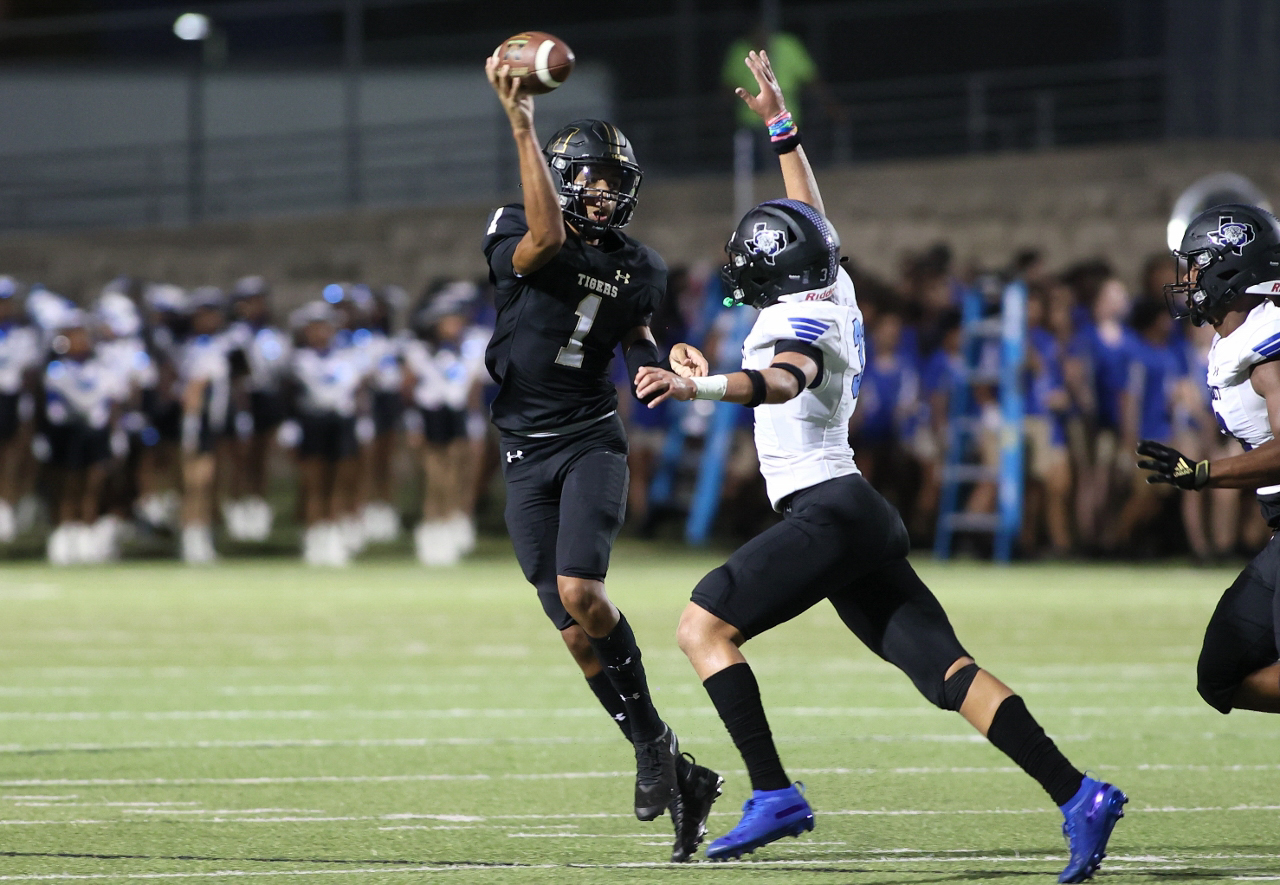 The Jaguars (1-1), the visiting team this season in the annual rivalry game, forced a fumble less than 2 minutes into the second half when linebacker Johnny Everitt recovered to set up Summit at its own 45-yard line.

Five plays later, on third-and-11, quarterback David Hopkins threw a 44-yard strike to Kerya Powell, who made a diving catch in the end zone to give Summit a 27-7 lead. Hopkins got an excellent block in the backfield from running back Keon Hobbs, allowing him time to find Powell.

After Mansfield (1-1) went four-and-out, Summit’s Ahmaad Moses caught a punt and raced 53 yards to the end zone for another Summit score, putting the Jaguars up 34-7. From there, Summit controlled the ball and field position.

Mansfield scored with 5 minutes gone in the fourth quarter when Sergio Kennedy took a quarterback draw 65 yards for a touchdown, cutting the lead to 34-14.

The victory was Summit’s third over Mansfield in four seasons. The Jaguars, who reached the Class 5A Division I state semifinals last season, opened this year with a 20-14 loss to Oklahoma Jenks at Newsom in Week 1. Mansfield traveled to Arkansas, scoring a 28-21 victory over Bentonville West.

Mansfield ISD’s other squads had a rough time in Week 2, all posting losses.

After scoring touchdowns on its first two possessions in the first half to take a 13-0 lead, the Jaguars surprised the Tigers with an onside kick, recovering at Mansfield’s 46-yard line with just under 2 minutes left in the first quarter.

The Jaguars drove to Mansfield’s 13-yard line and appeared to have scored a TD when Hopkins hit Hobbs at the side of the end zone, but Hobbs was ruled out of bounds. Shortly thereafter, the Tigers took over on downs.

Summit ended the Tigers’ drive with an interception by defensive lineman Joseph Adedire, who nabbed Kennedy’s short toss under pressure to set up Summit at Mansfield’s 35-yard line. That drive stalled at Mansfield’s 13-yard line, pinning the Tigers’ offense deep in its own territory.

The Jaguars forced the Tigers to punt, and a long snap that sailed into the end zone. As Mansfield’s punter picked up the ball and attempted to kick on the run, Summit was flagged for roughing the kicker, giving the Tigers a first down at their 29-yard line.

Five plays later, Kennedy passed to Jordan Strickland at the goal line for a 34-yard line TD, cutting Summit’s lead to 13-7 with 2:26 left in the first half.

Summit answered quickly, with Orlando Scales taking a handoff on the first play from scrimmage and sprinting down the sideline, behind outstanding downfield blocking, for a 77-yard touchdown run. That put the Jaguars up 20-7, a lead they held at halftime.