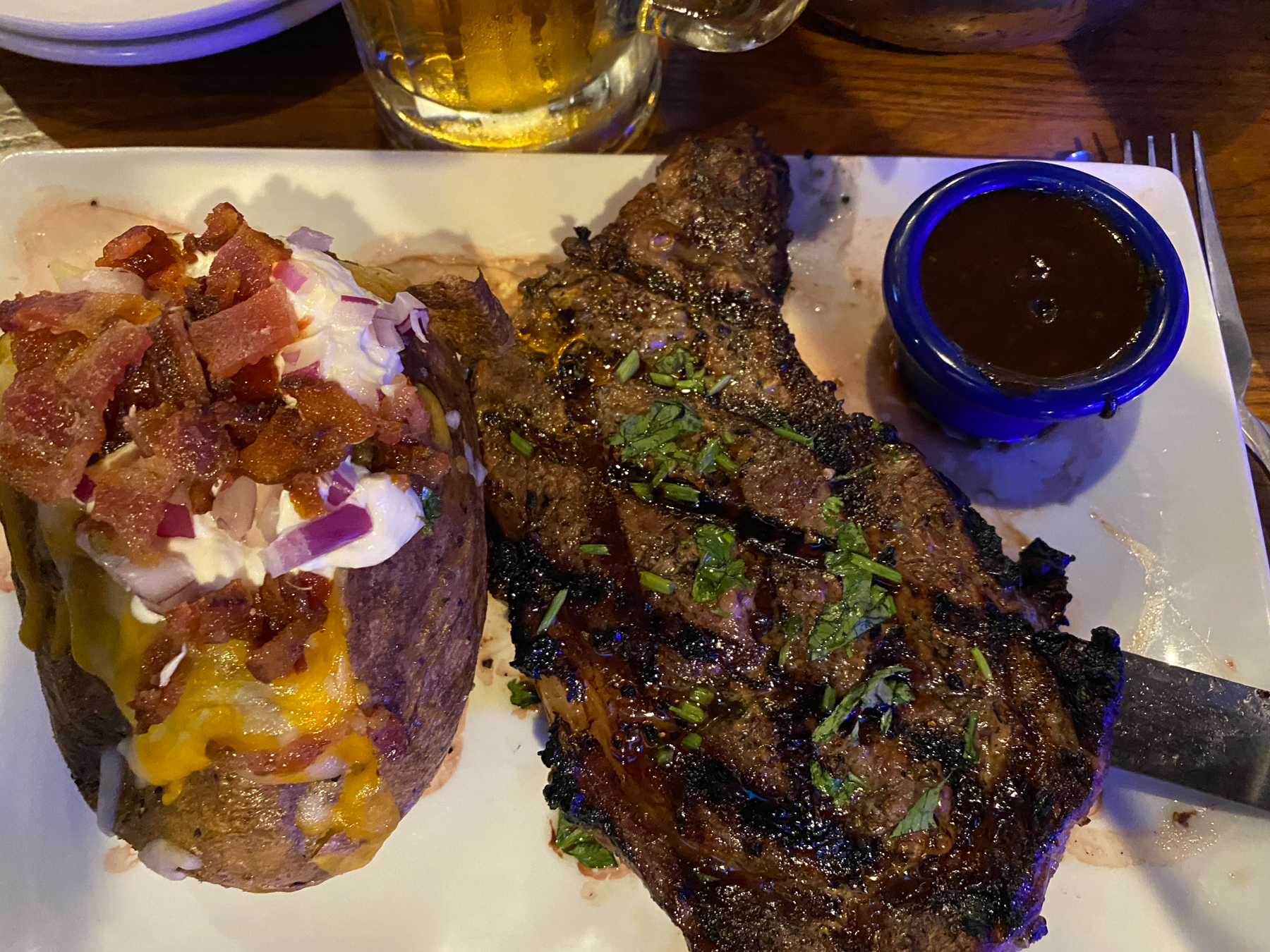 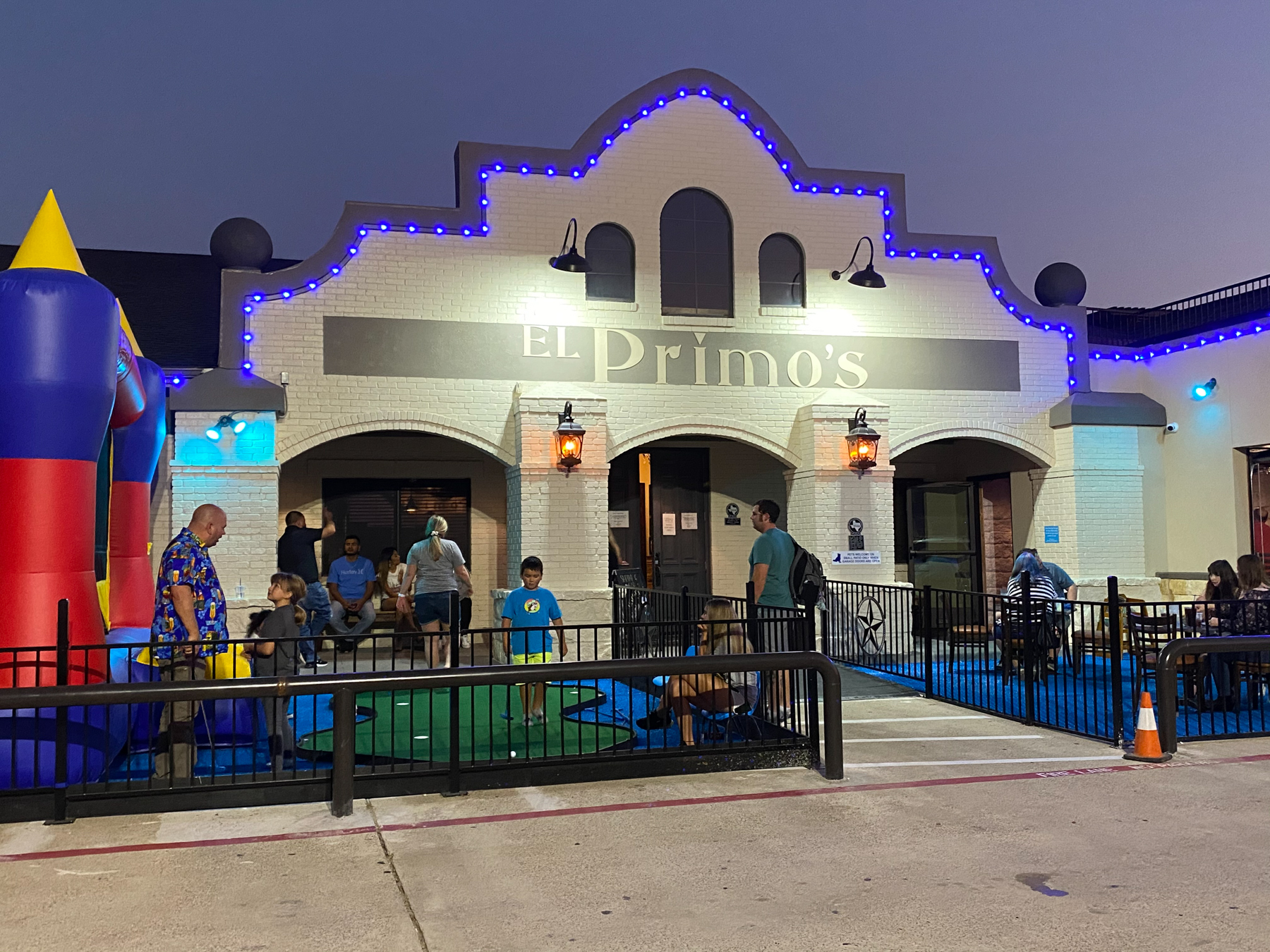 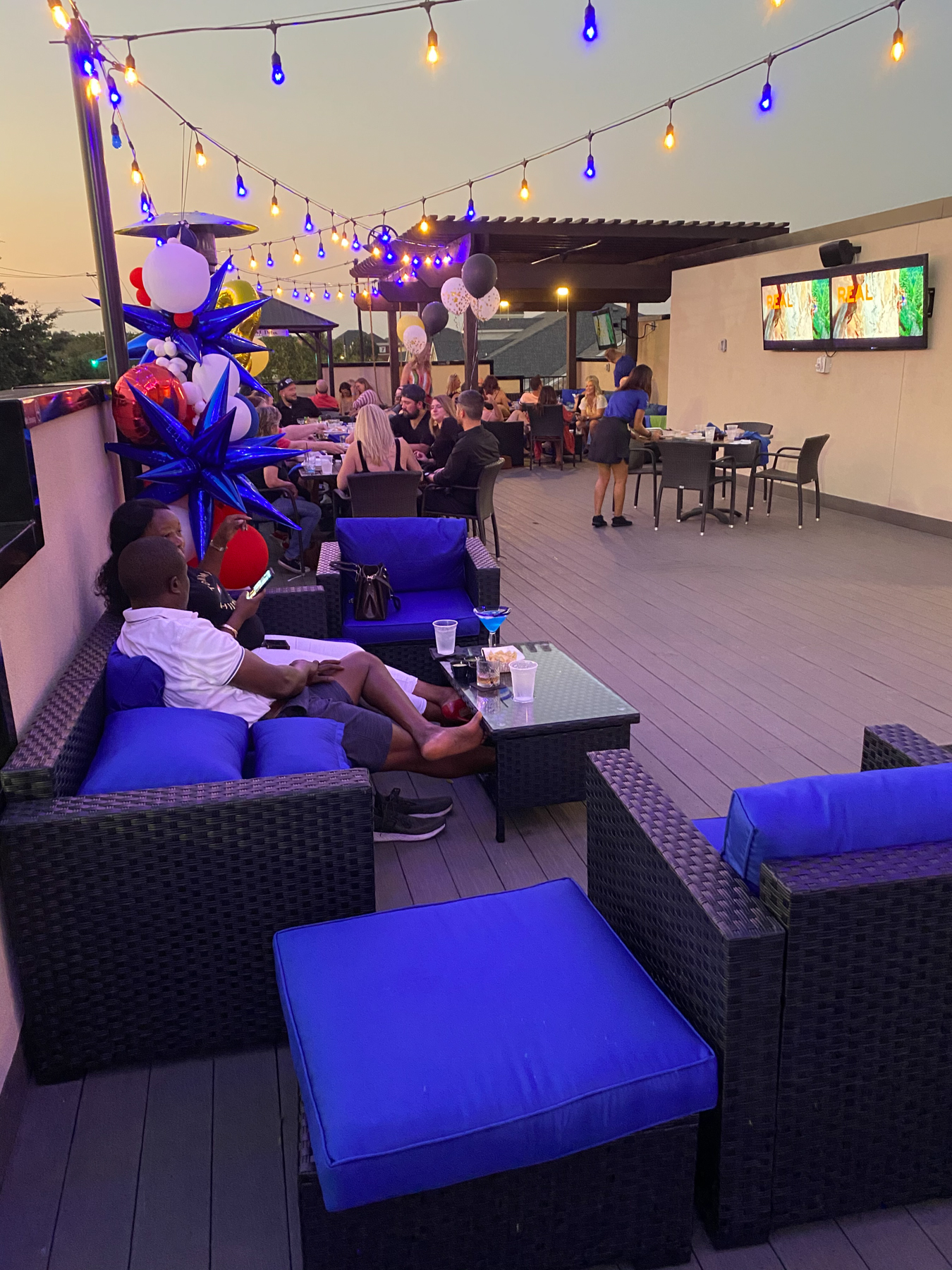 The Story: El Primo’s has been a Mansfield favorite since 2014, slowly growing the restaurant and menu. This summer, the restaurant shut down during the pandemic to renovate and expand the kitchen and patio and add a rooftop bar and seating, plus another meeting room. The restaurant re-opened a couple of weeks ago and didn’t miss a step with the crowds returning.

We asked for a seat on the new rooftop patio, but the owner who was at the host station told us it could be a wait since it was a busy Saturday night. We settled for a table inside and were seated immediately.

As soon as we sat down, a complementary bowl of chips and three salsas were delivered. We had to try all of them. The green salsa was mild and delicious, the red had some zip, but the creamy jalapeno puree was a revelation – so good going down until it hit the tonsils and burned them off! We were having so much fun tasting that we ordered a bowl of the queso blanco ($7.95) and it didn’t disappoint – a thick creamy blend that helped put out the fire from the jalapeno salsa that we just had to keep eating.

For dinner, we ordered a diverse mix – and all of the meals were good.

Our favorite was the RJ Carroll Ribeye ($24.95), a thick 14-ounce steak cooked to medium perfection with a light crust on the outside and pink inside, lightly seasoned with salt, pepper and cilantro. The baked potato on the side was fully loaded with bacon, sour cream and chunks of red onion with cheese oozing down the size.

The Simmons Enchiladas ($15.95) also drew rave reviews. Three corn tortillas were stuffed with brisket and ancho chile sauce. The flavorful combination was so tender it fell apart in our mouths. The creamy refried beans and Mexican rice sides also got a thumbs up.

Tacos al carbon ($12.95) was a pair of flour tortillas with tender grilled steak, pico de gallo, shredded cheddar and an amazing avocado and guajillo sauce that had a chili base. Our El Paso native gave the meal her highest recommendation saying “they taste the way tacos should taste!”

Even the drinks were fun. The hibiscus margarita ($12.95) was a large glass full of Tres Agaves tequila, hibiscus nectar, Cointreau liqueur, lemon and a hibiscus flower that blended to taste like an awesome fruit punch with a kick. The waiter brought it out and shook it tableside, then left the shaker, which was good for two refills – and a very happy diner.

The Atmosphere: The newly remodeled El Primo’s has different areas and different atmospheres. The main dining room where we ate had a duo singing some old and new favorites (Johnny Cash, Midland), the bar area has hightop tables and blue lights. The patio had open windows to the mild evening and a disc jockey spinning Motown hits. The rooftop dining was peaceful and calm, like being on a cruise ship where you can hear the party, but you’re detached. Sitting on one of the comfy couches and watching the sun set from El Primo’s roof is definitely something we plan to do – often.

There’s also a small bounce house and games area for the kids and an outdoor seating spot for folks who brought their pooches.