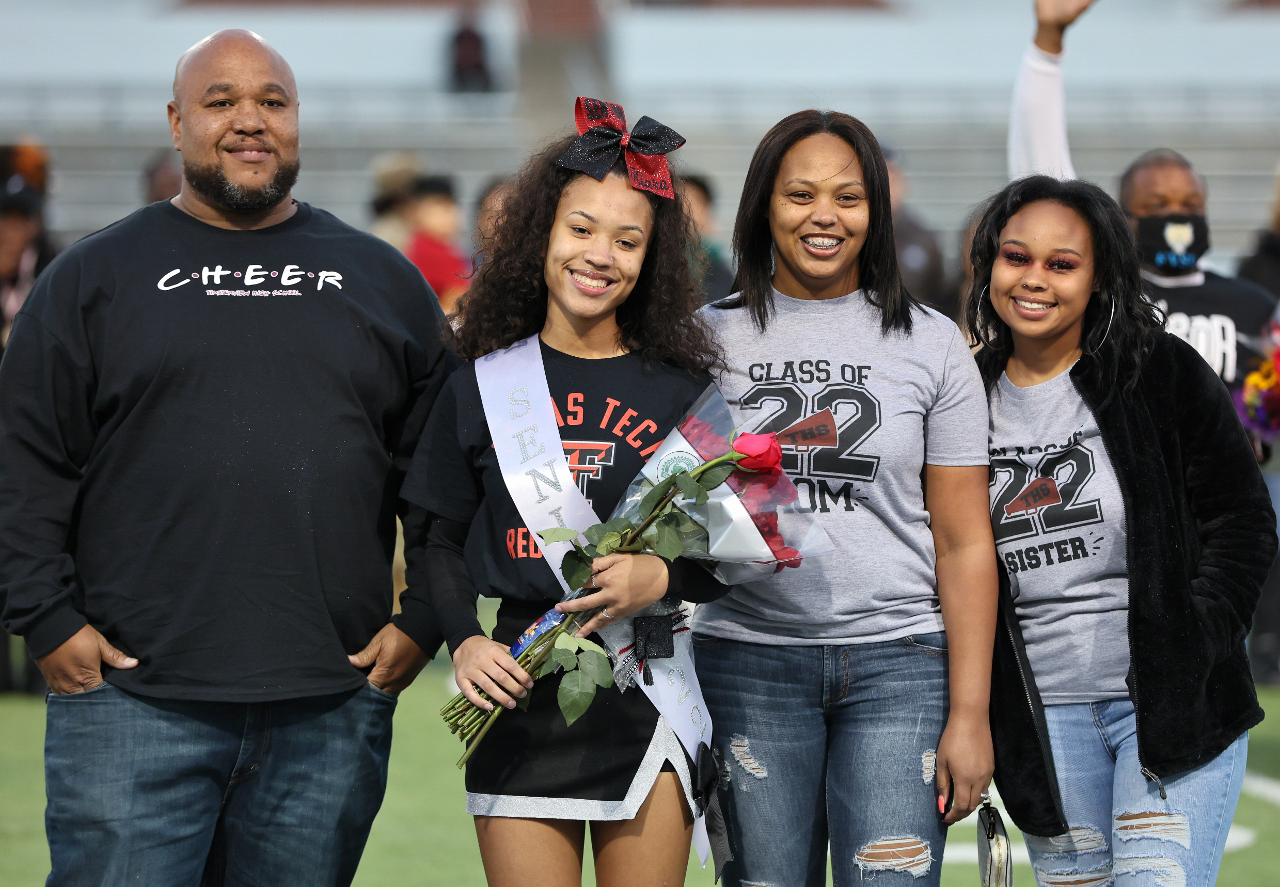 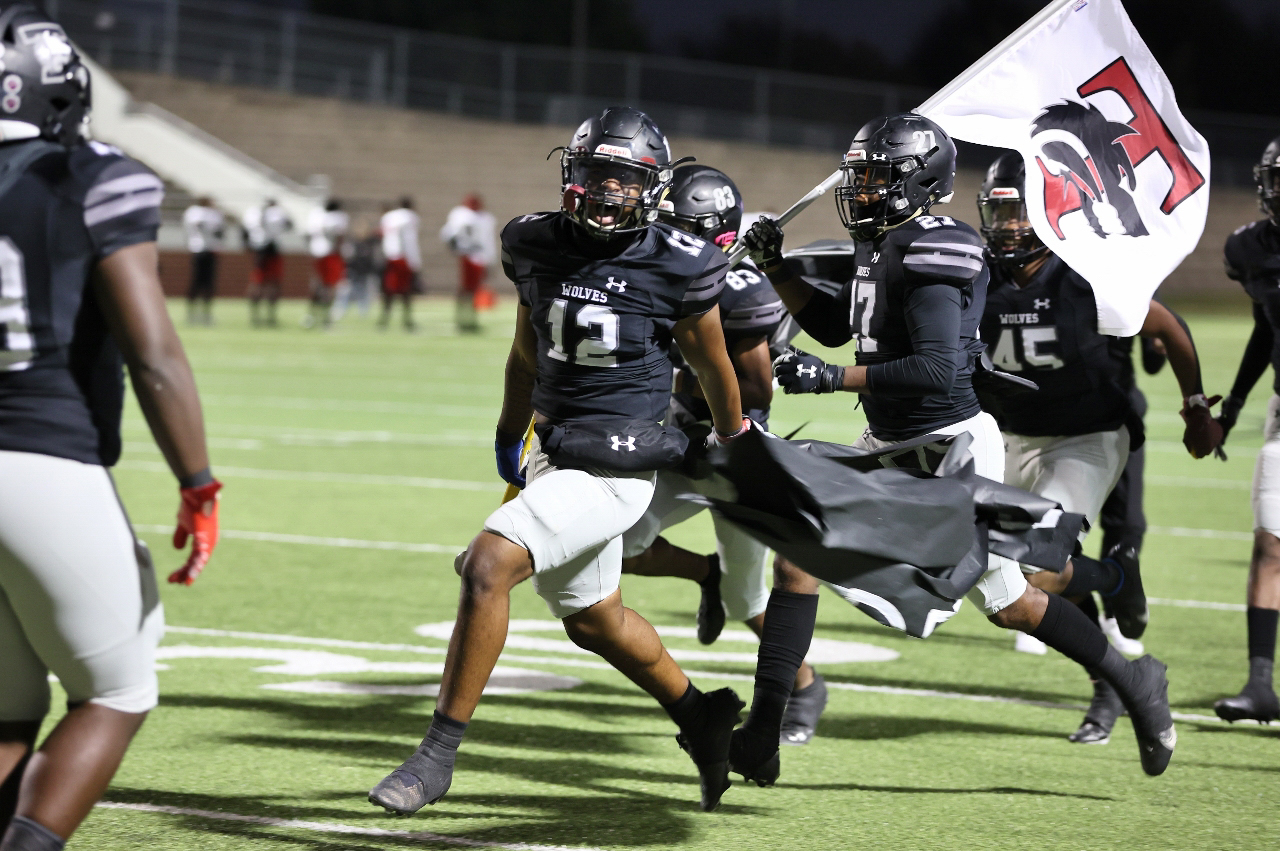 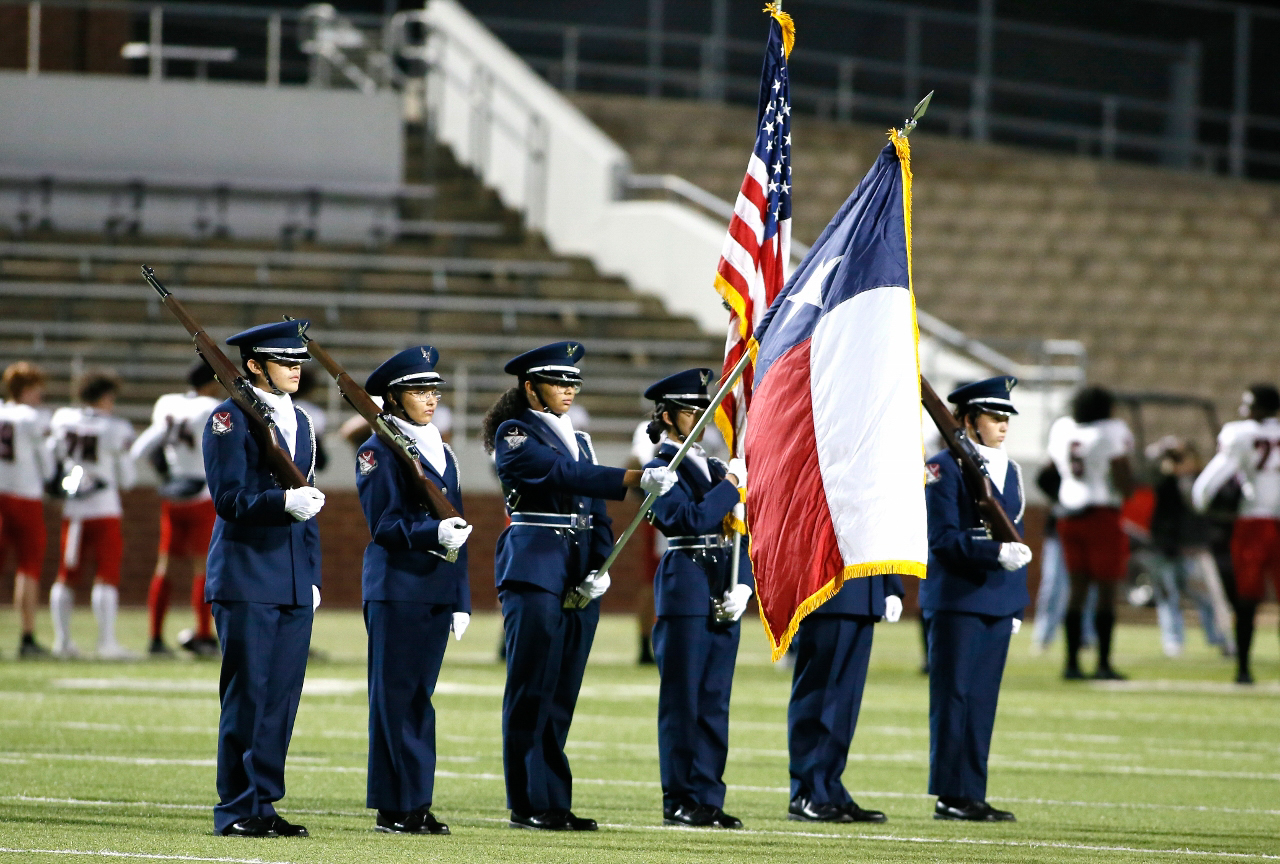 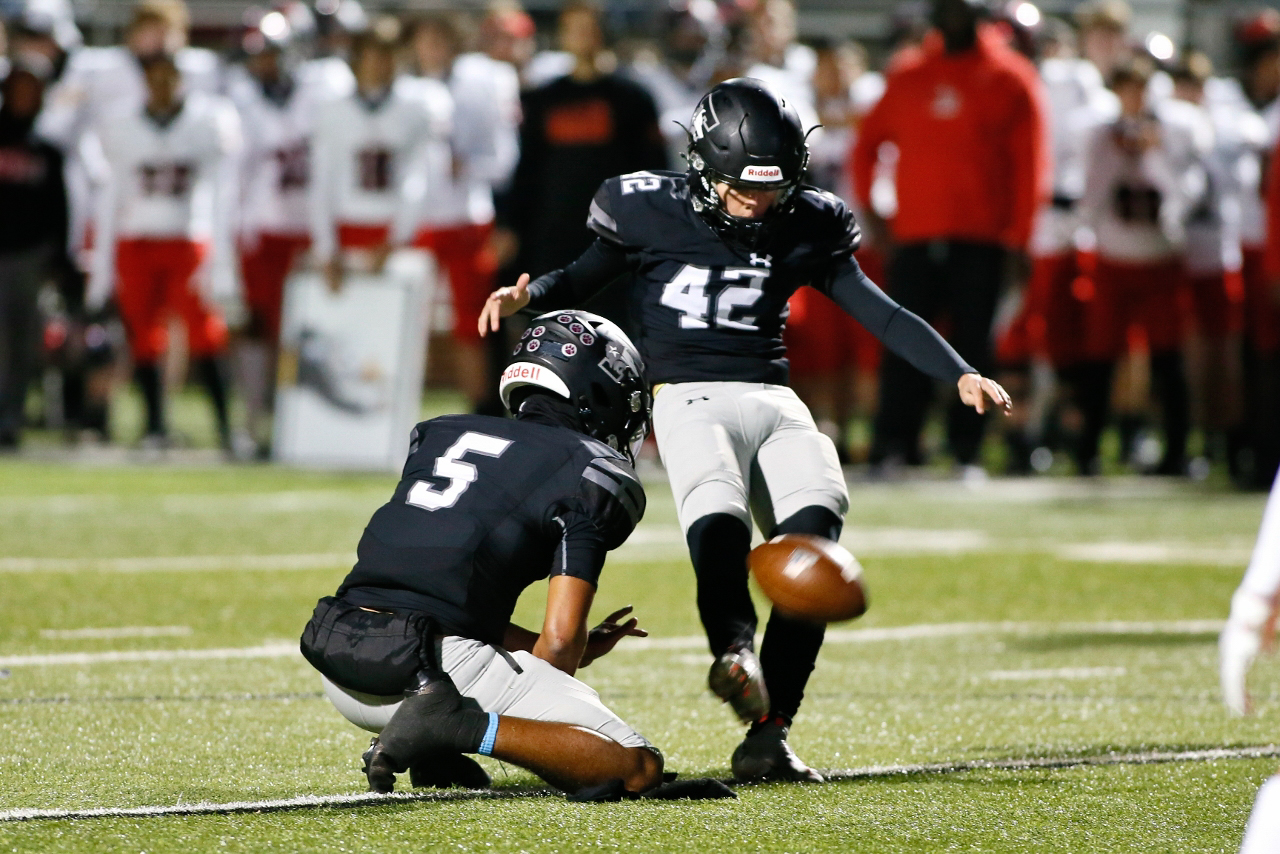 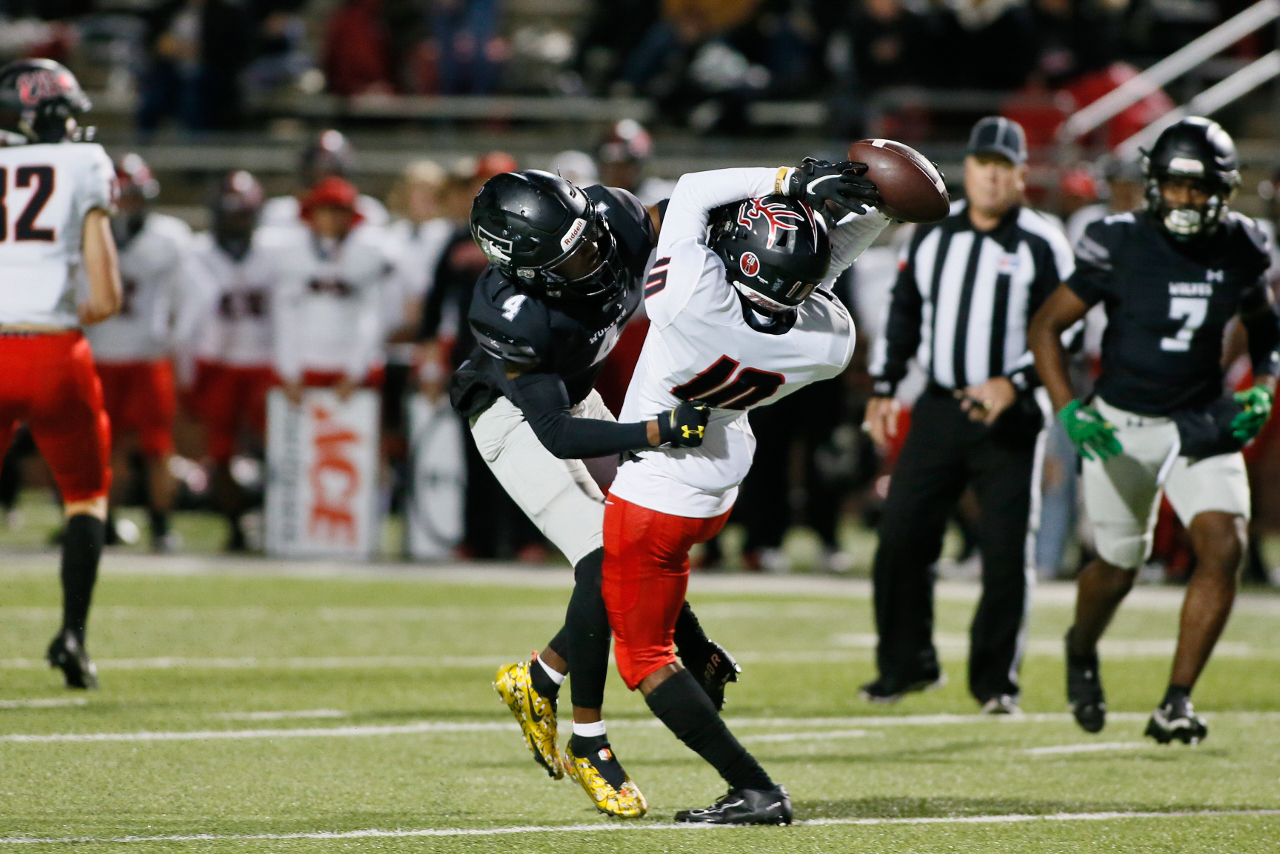 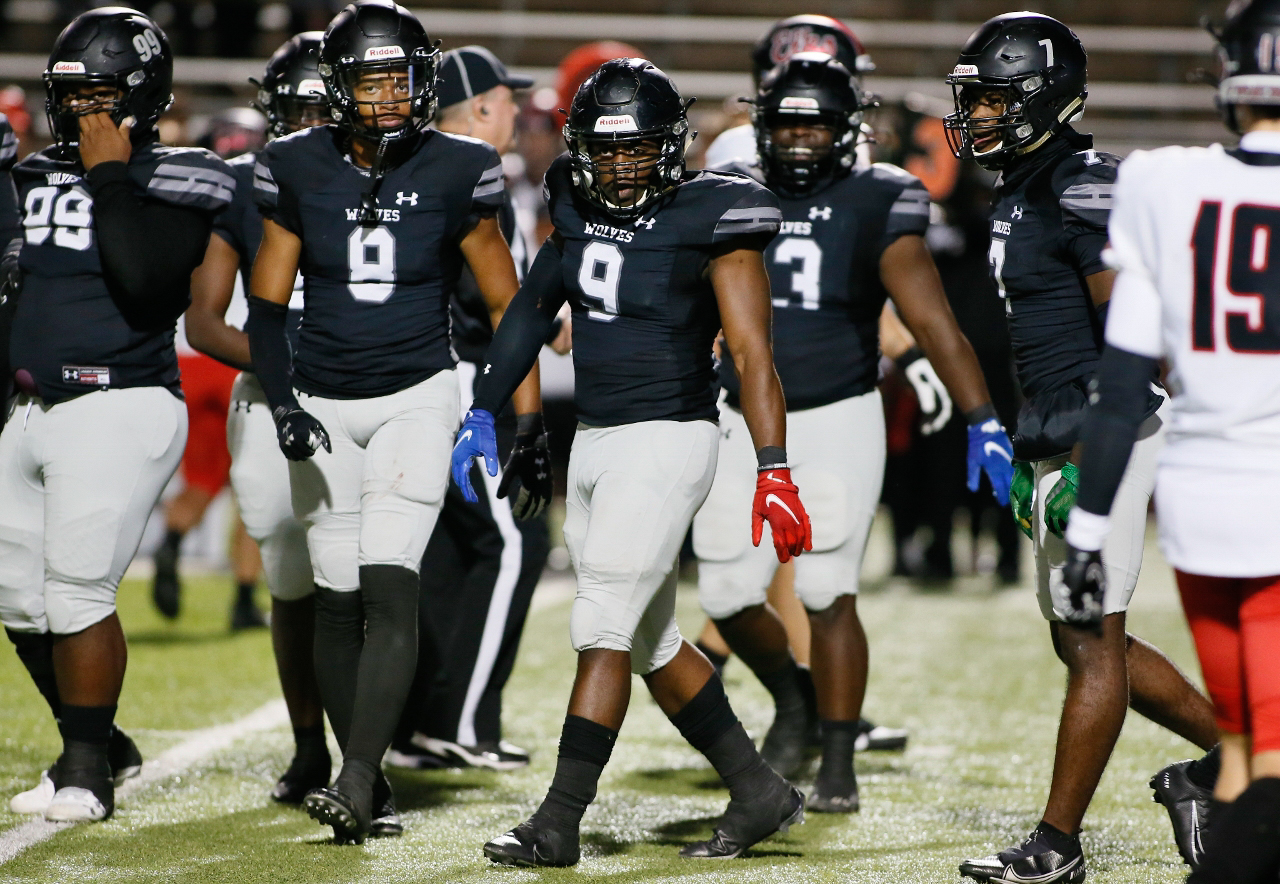 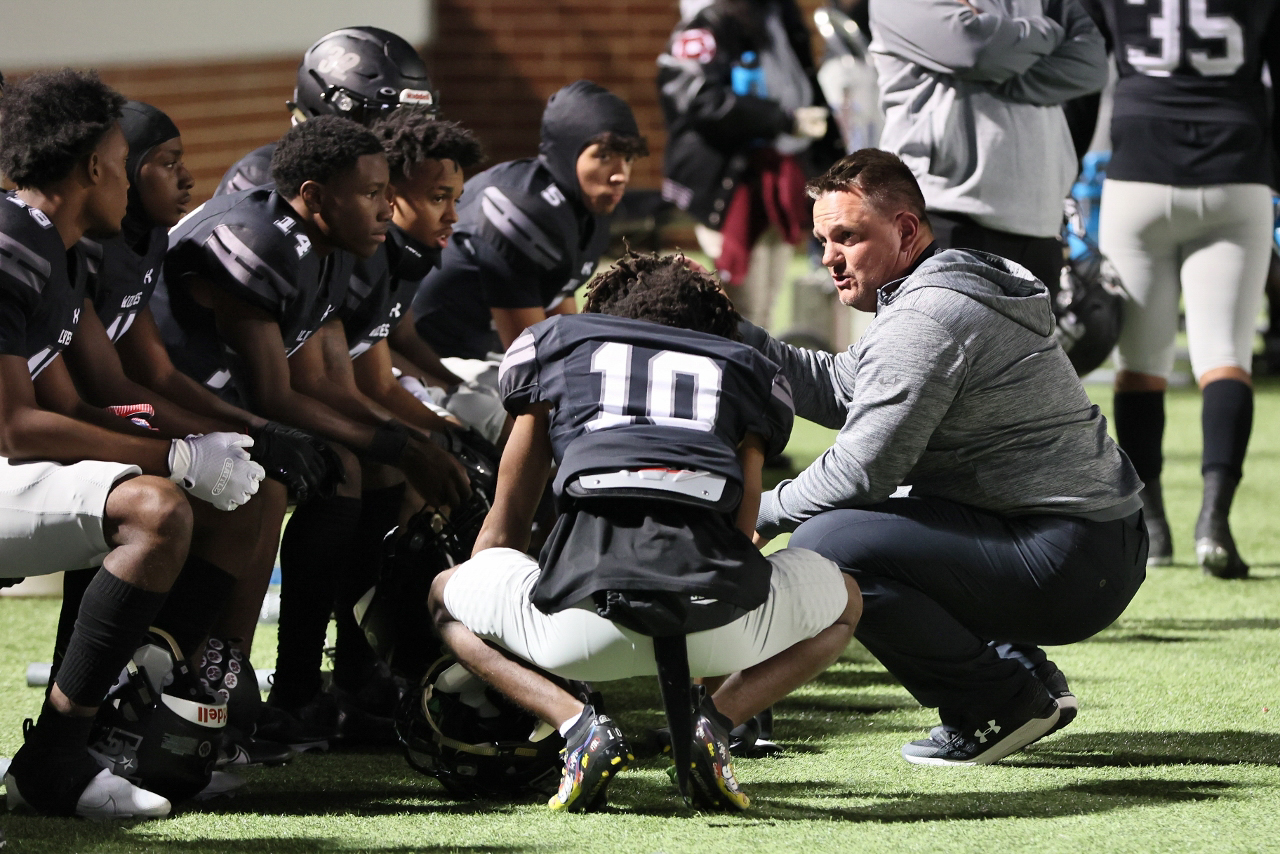 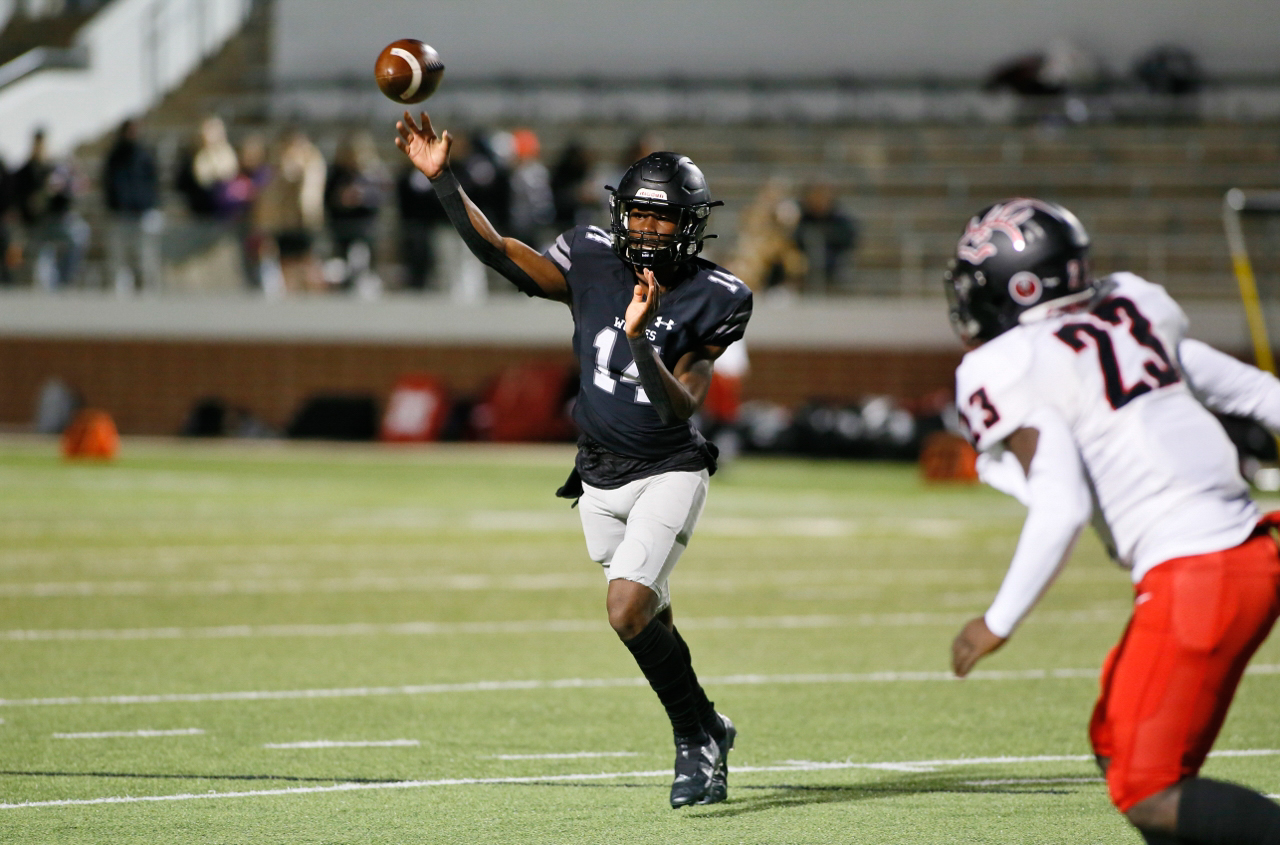 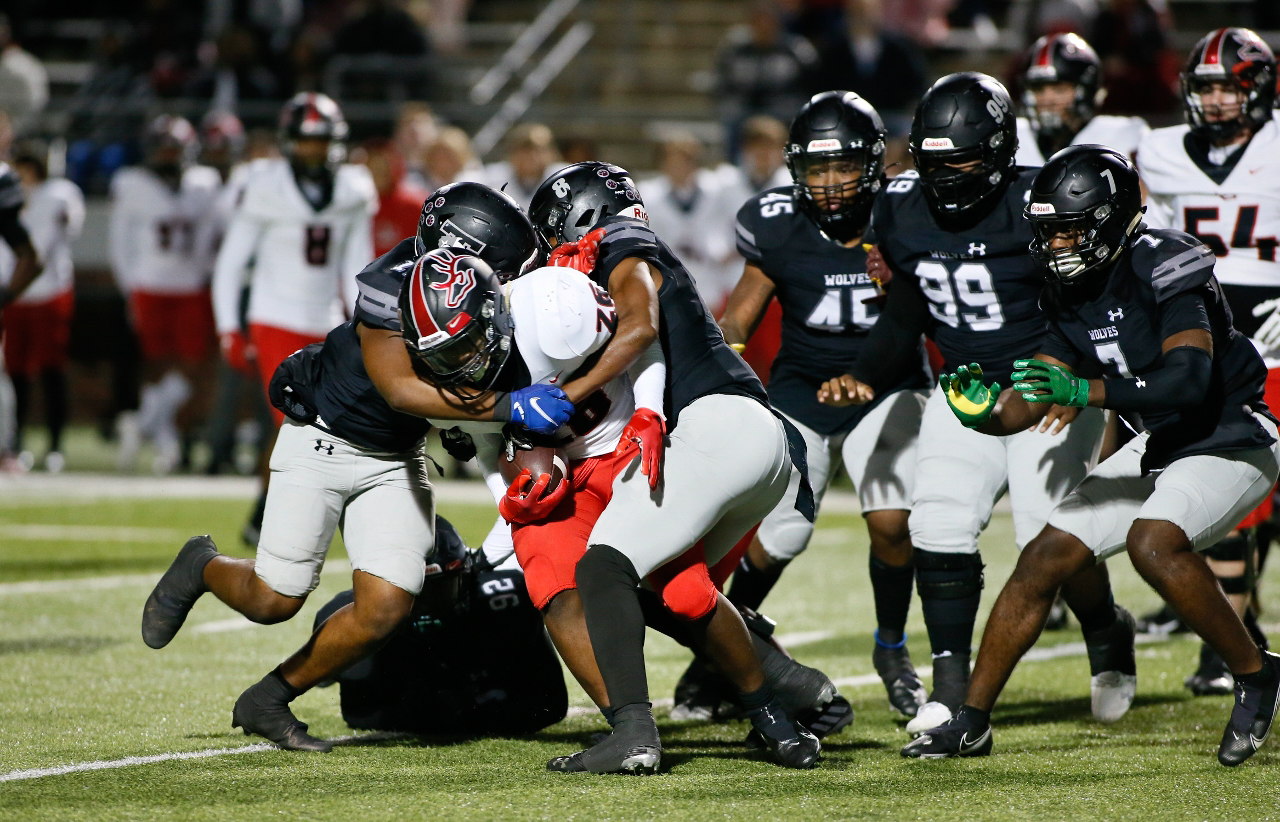 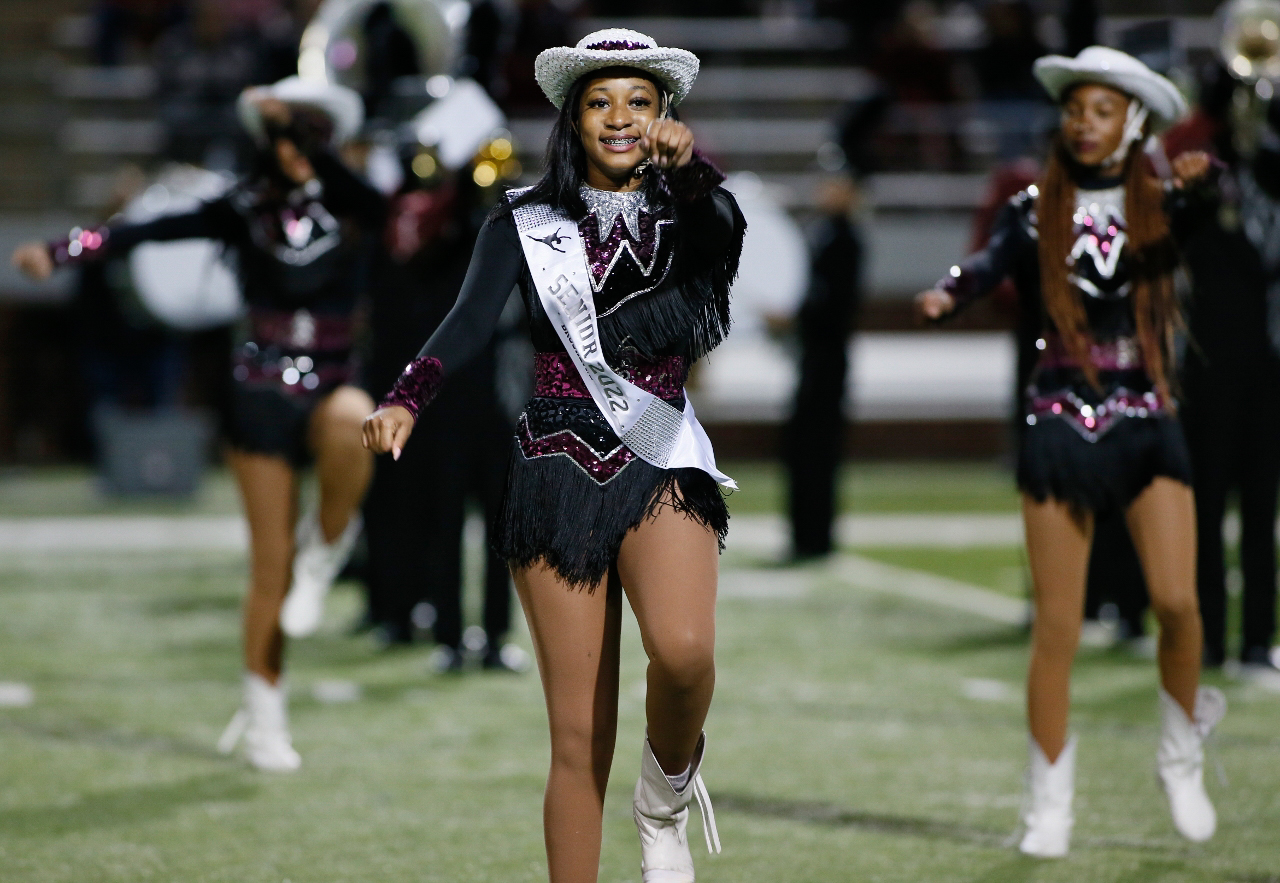 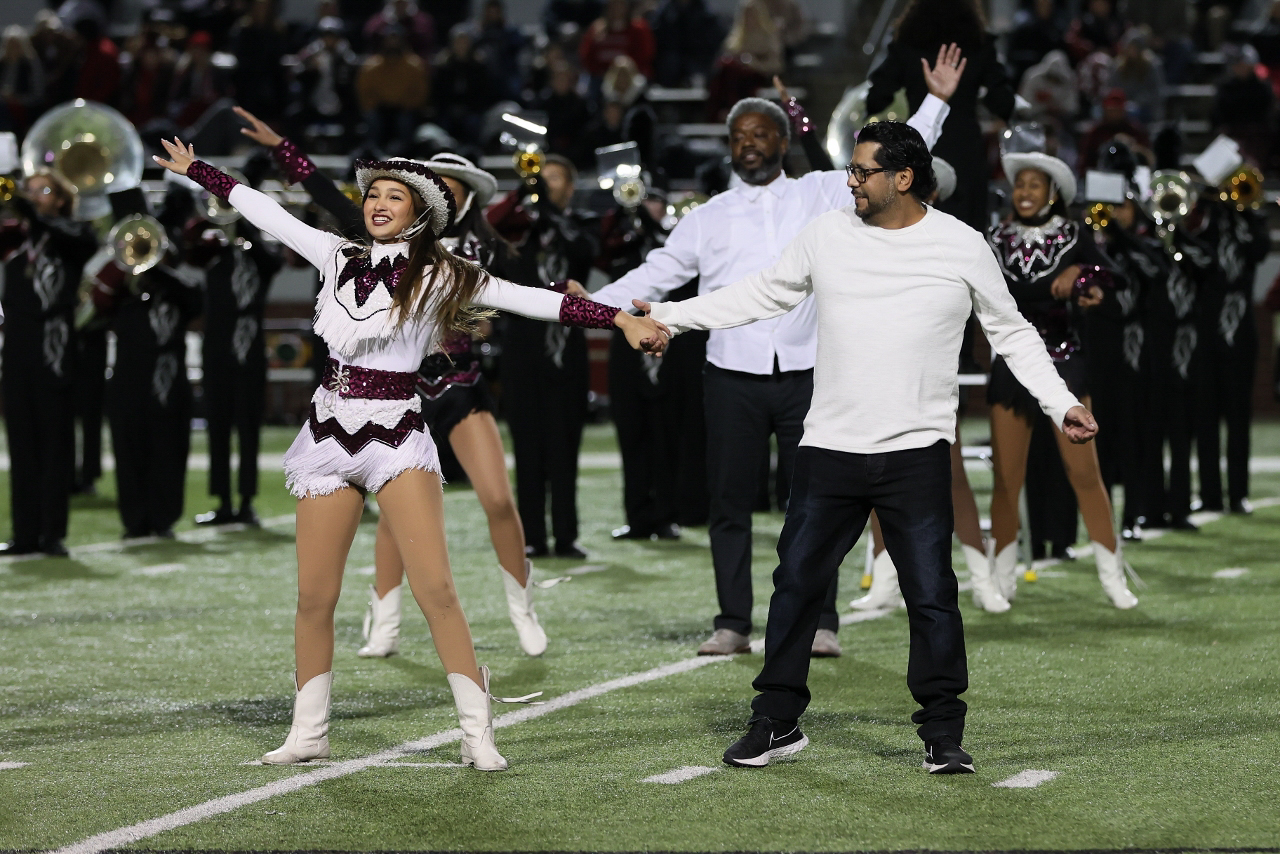 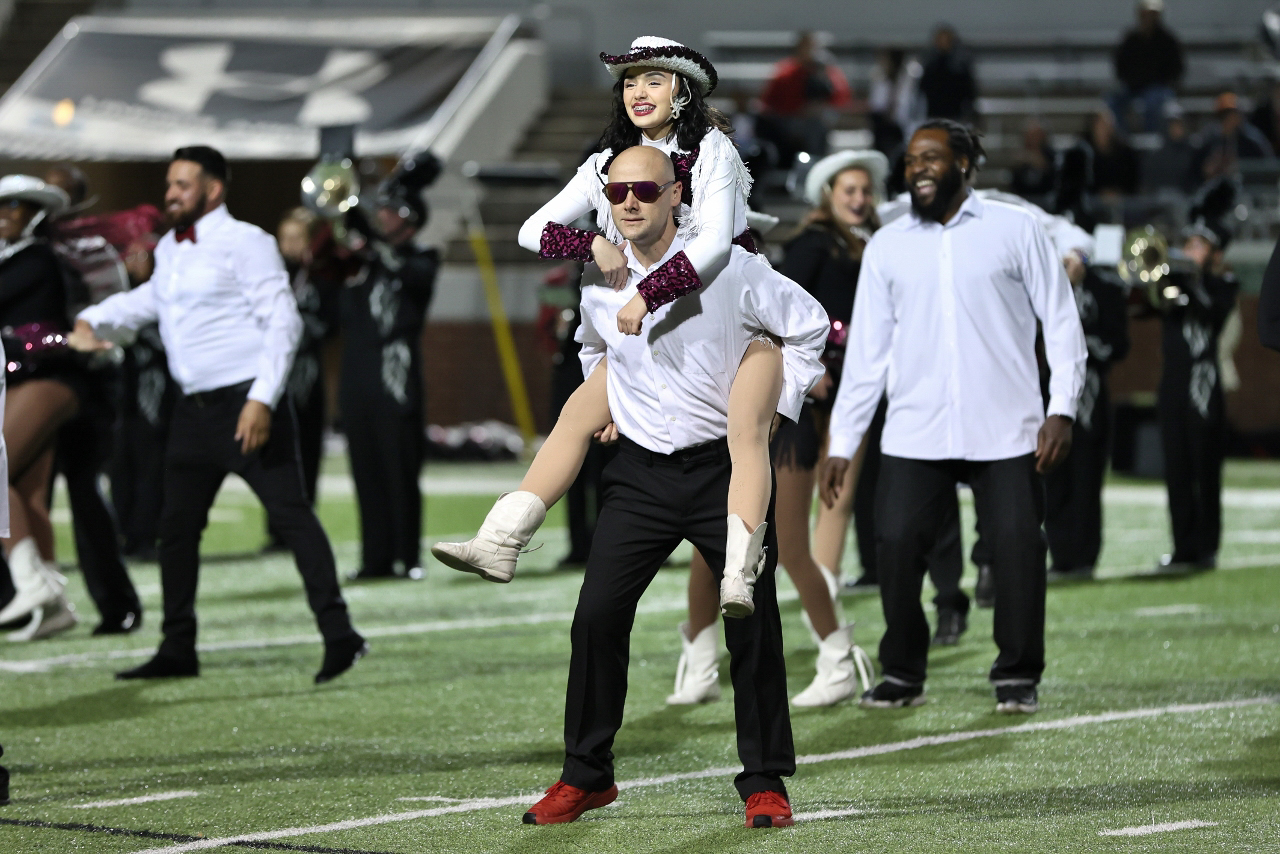 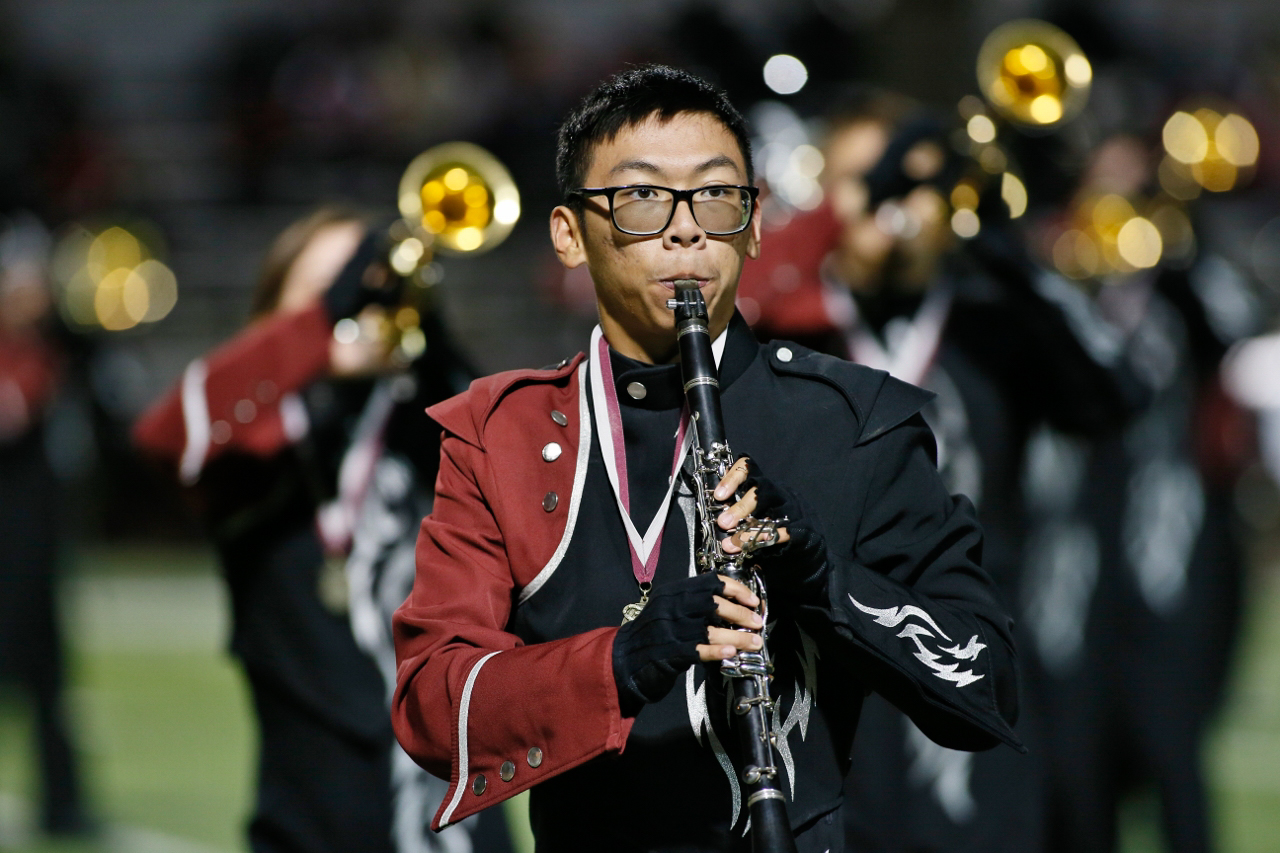 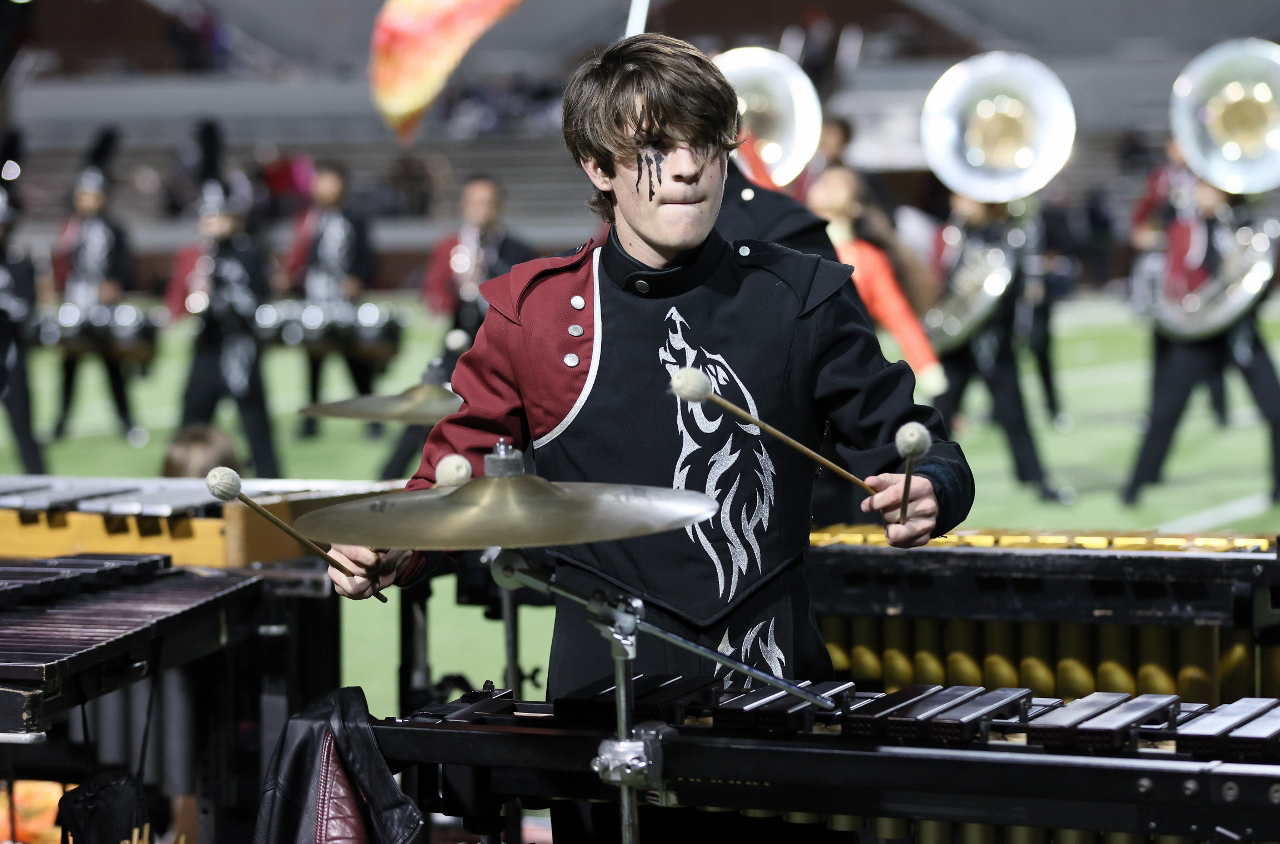 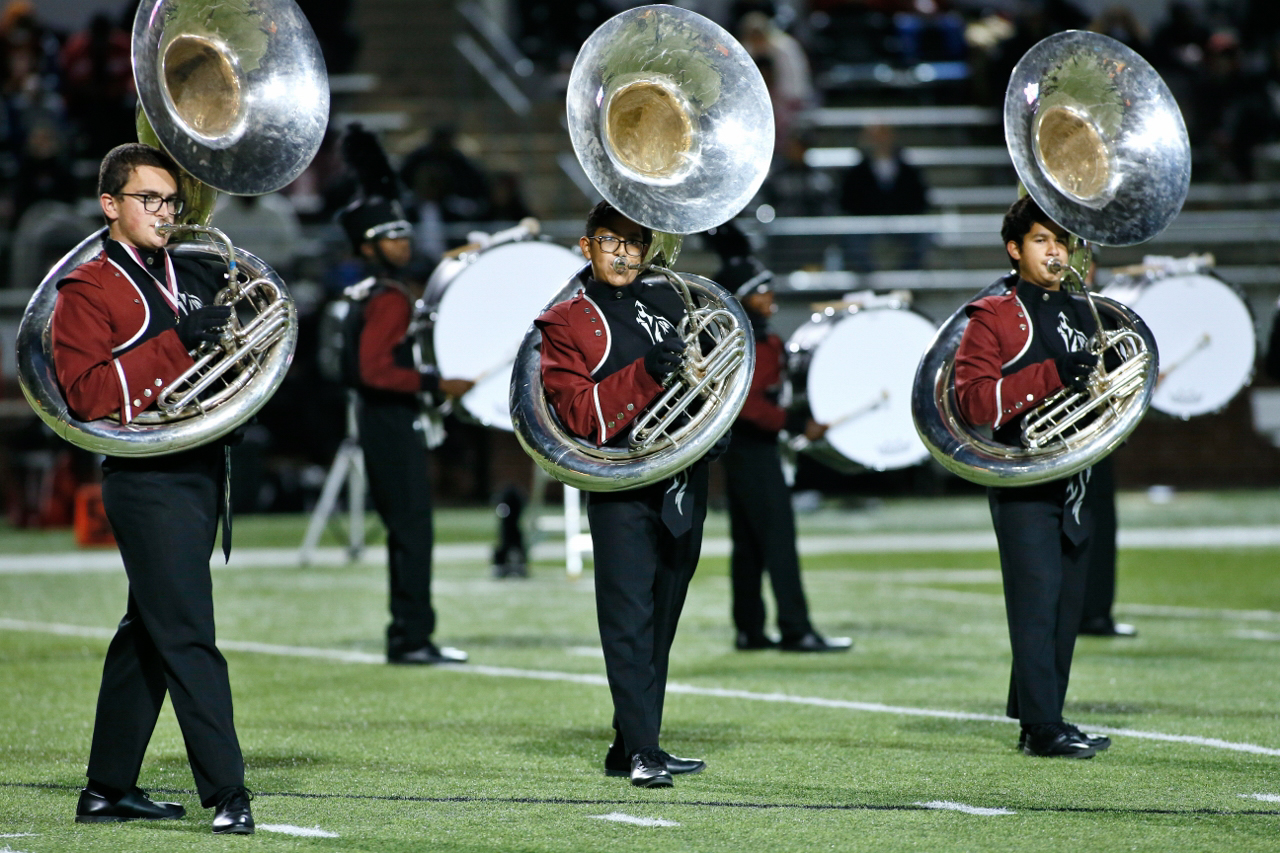 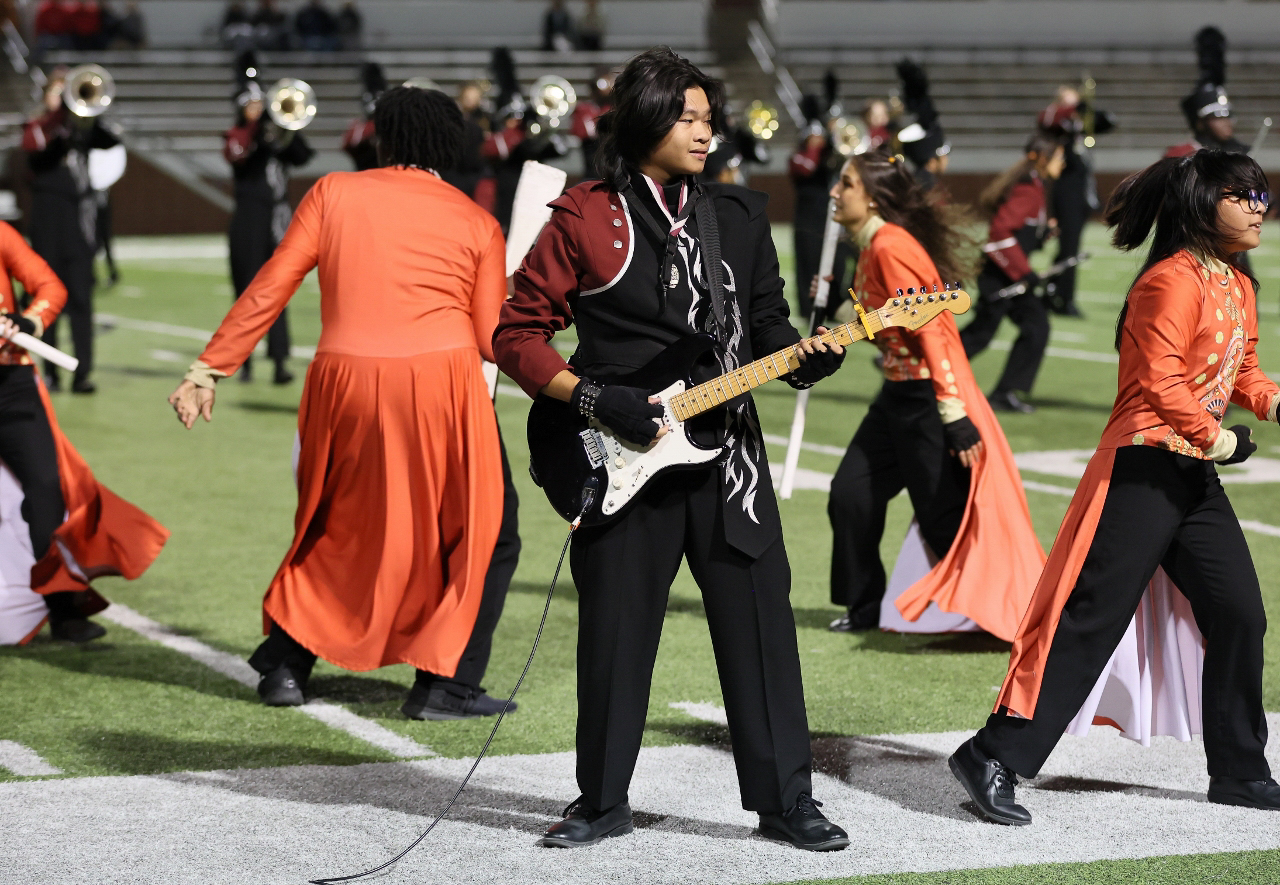 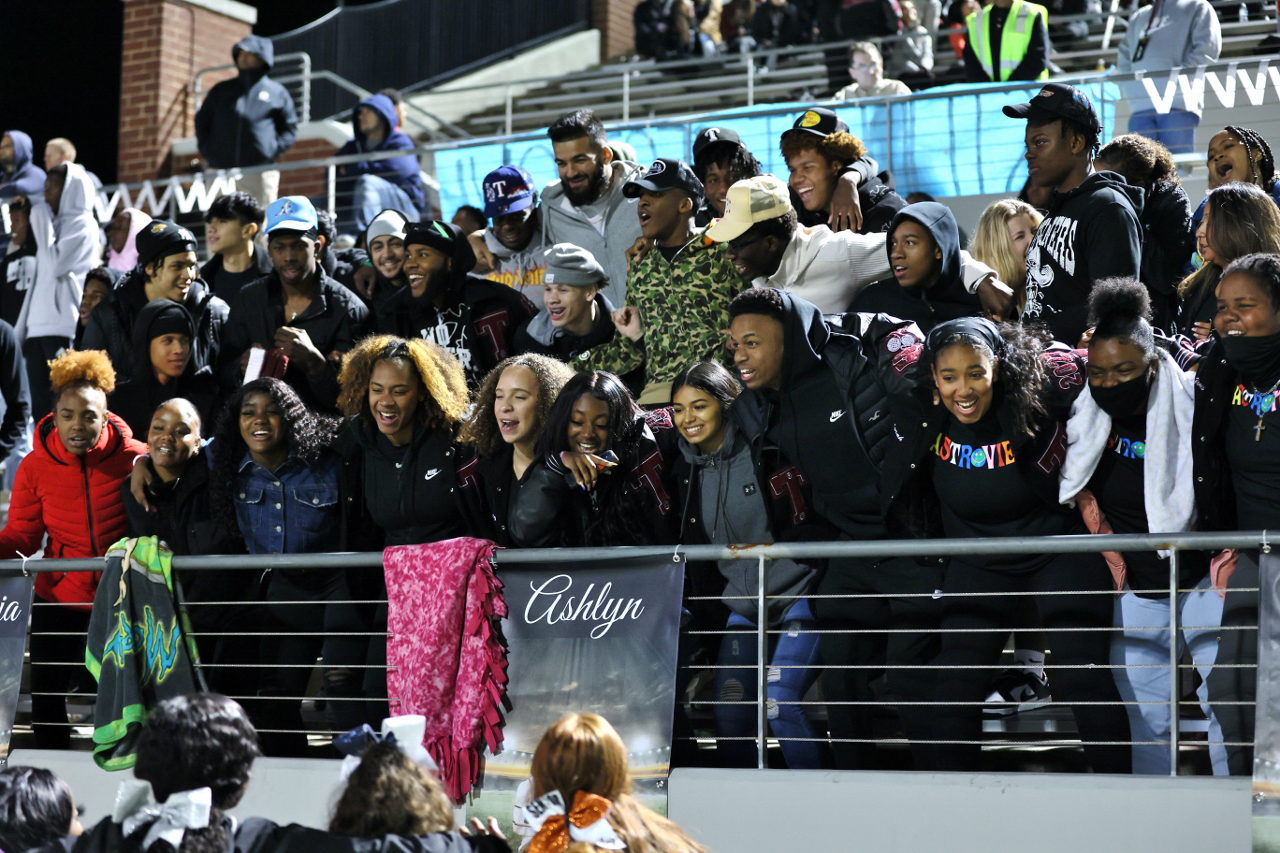 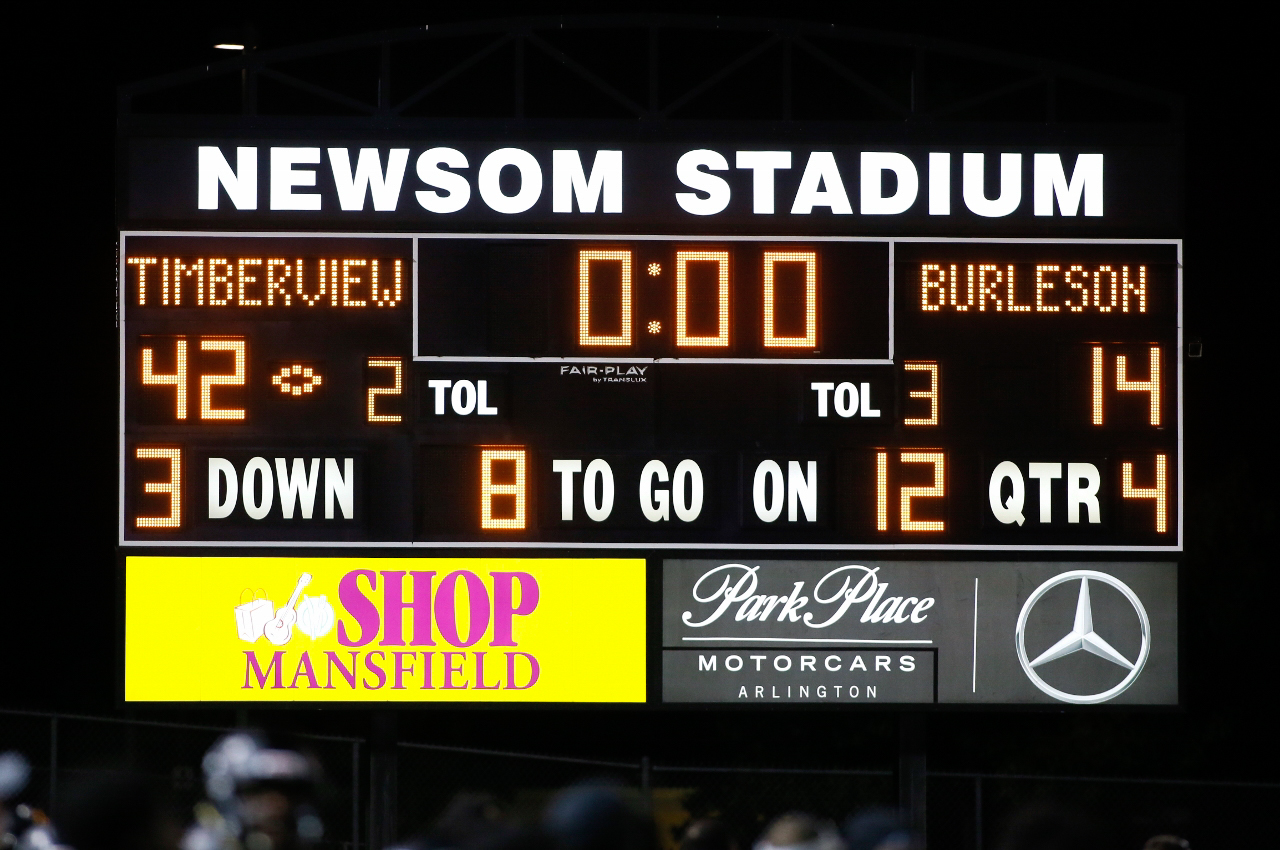 Playoff-bound Timberview scored four touchdowns in the second quarter to seal a 42-14 victory over Burleson at Vernon Newsom Stadium on Friday and claim a share of second place in District 5-5A Division II.

The Wolves (6-4, 5-2) await the outcome of other games to determine their first-round playoff opponent, time and location. Timberview enters the postseason on an upswing, winning three in a row and five of its last six games.

Timberview took an 8-0 lead on its first possession, with running back Jarvis Reed scoring the first of his three touchdowns on a 6-yard run that took him barely over the goal line. Quarterback Jaeden Marshall carried on the two-point conversion for an 8-0 lead.

Burleson (7-3, 5-2) answered with 1:30 left in the first quarter when Reece Williams burst through the line and went 47 yards for a TD, cutting Timberview’s lead to 8-7.

The Wolves’ next three TD drives all were aided by big plays. They started their next drive at their own 39-yard line after a failed onside kick attempt.Early in the second quarter near midfield, Marshall rushed 14 yards up the middle behind good downfield blocking, and Burleson was penalized for a late hit, giving Timberview a first-and-10 at the Burleson 15. A couple of runs by Reed set up the Wolves at the 1-yard line, and backup quarterback Cameron Bates sprinted in from there for a 15-7 Timberview lead.

On the Elks’ next possession, Timberview linebacker Zach Essih sacked Burleson quarterback Dylan Raiola, forcing a fumble that was recovered by Kye Nash, giving Timberview first-and-goal at the 6. Consecutive carries by Reed gave the Wolves the touchdown and a 22-7 lead with 9 minutes left in the first half.

After a three-and-out by Burleson, a 38-yard punt return by Timberview’s Toddrick Dixon, along with penalties on each team, put Timberview at Burleson’s 25-yard line. From there, Reed bolted up the middle for a 25-yard scoring run to give Timberview a 29-7 lead with 7 minutes left in the half. The workhorse back carried 22 times for 189 yards and three scores for Timberview.

The teams traded possessions and Timberview’s defense struck again. Dixon intercepted a pass and returned it 34 yards. A penalty on the return pushed the Wolves back to the 36-yard line, but two plays later, Marshall threw a perfect strike over the middle to Titus Evans for a 39-yard TD and a 35-7 lead with 2:56 remaining in the half.

Burleson marched downfield as the clock ran down, bolstered by a 38-yard run to the outside by DeMarquis Jones that put the Elks in the red zone. Three plays later, they benefited from a defensive holding call against Timberview, which put the ball at the 5-yard line with 9 seconds to play before halftime. Raiola passed to Kam Thomas for the score and the 35-14 halftime score.

Timberview started the second half with excellent field position after a squib kick gave them a starting point at their own 43-yard line. An efficient 8-play drive ate up four minutes and resulted in another Marshall touchdown pass, this time a 14-yarder to Cemarion Chambliss to wrap up the scoring for the night at 42-14.

Also taking the field on Friday for the final game of the regular season, playoff-bound Summit took out Birdville 39-14, and Legacy fell to Colleyville Heritage 55-13.