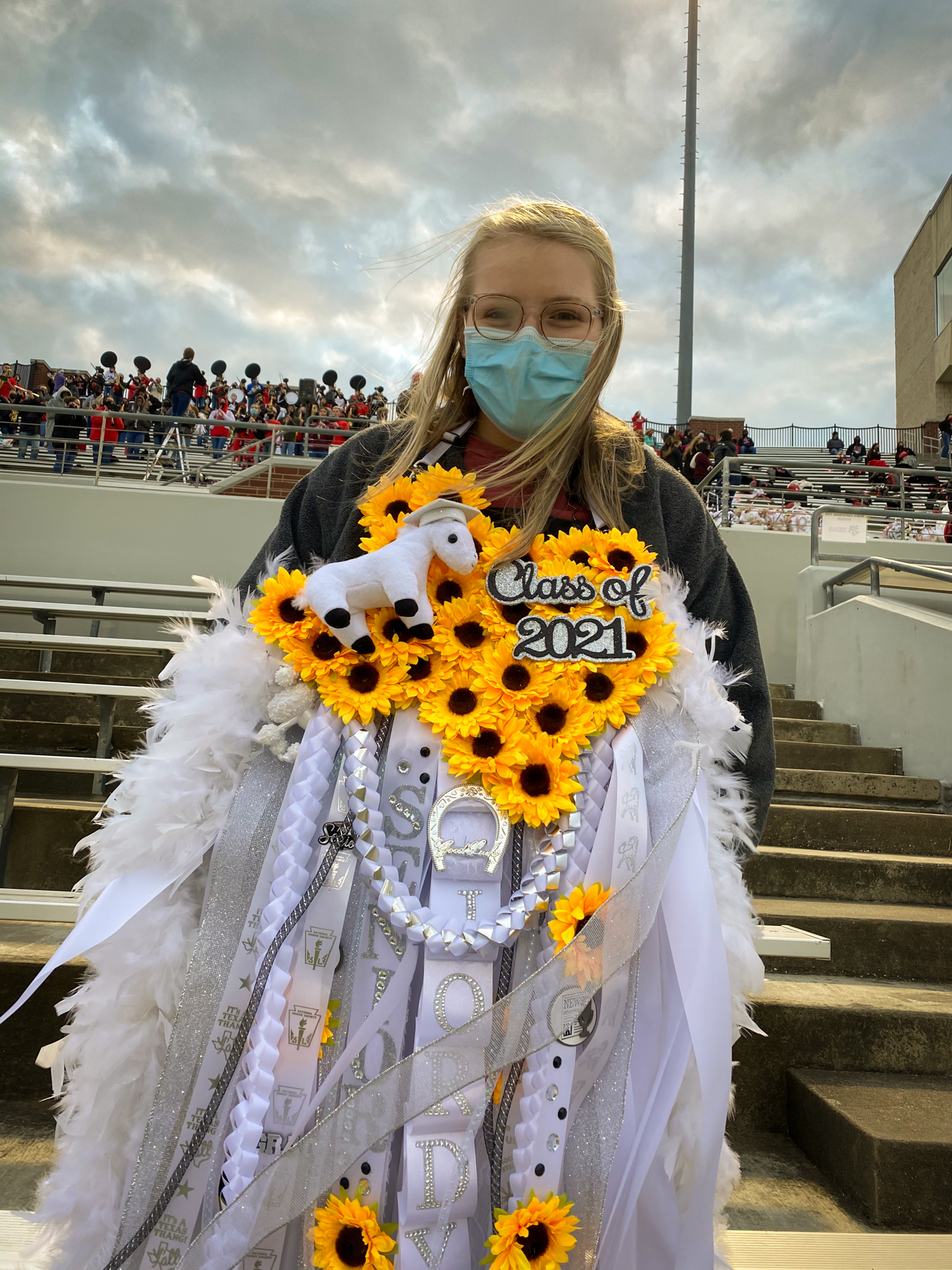 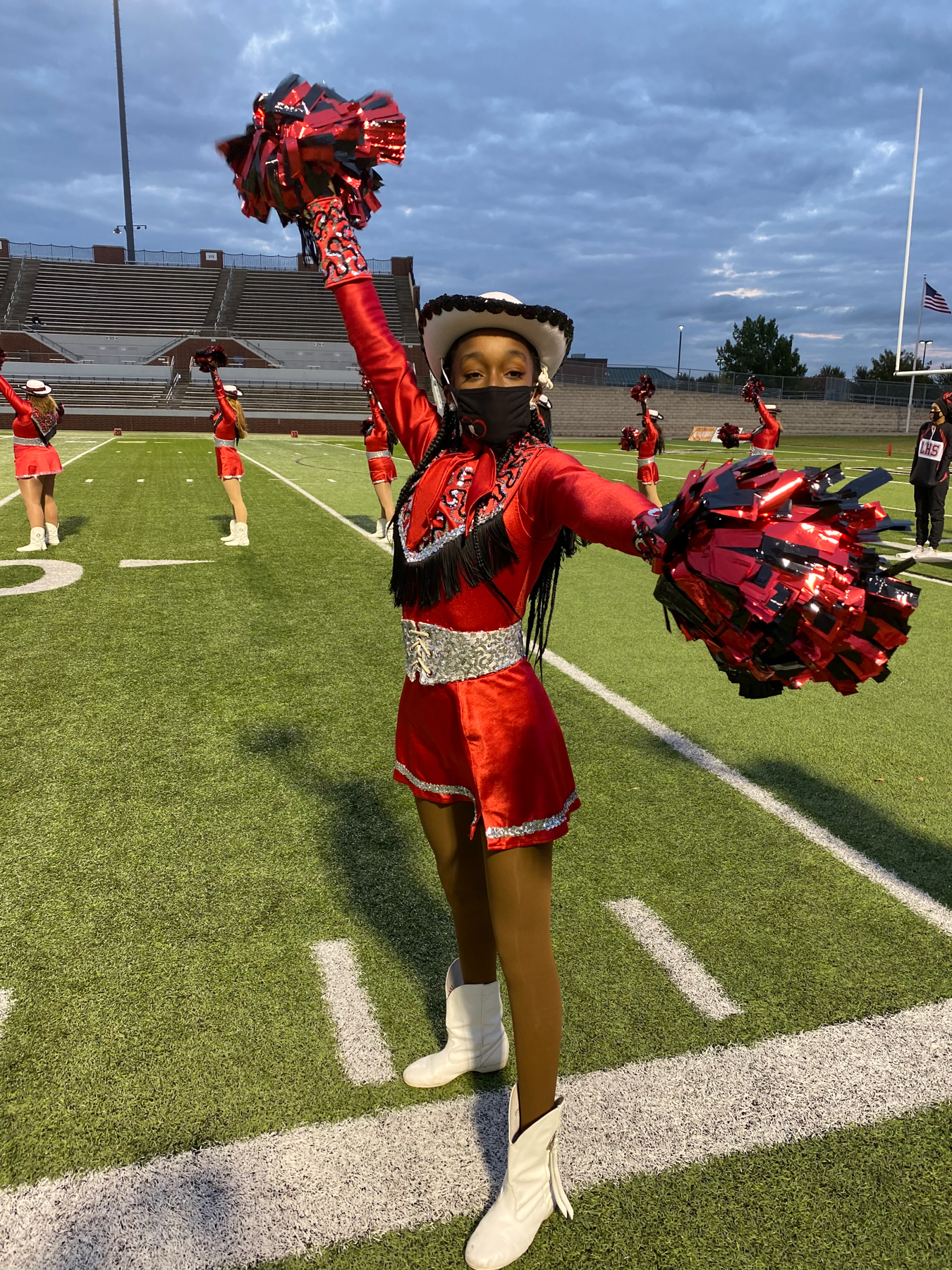 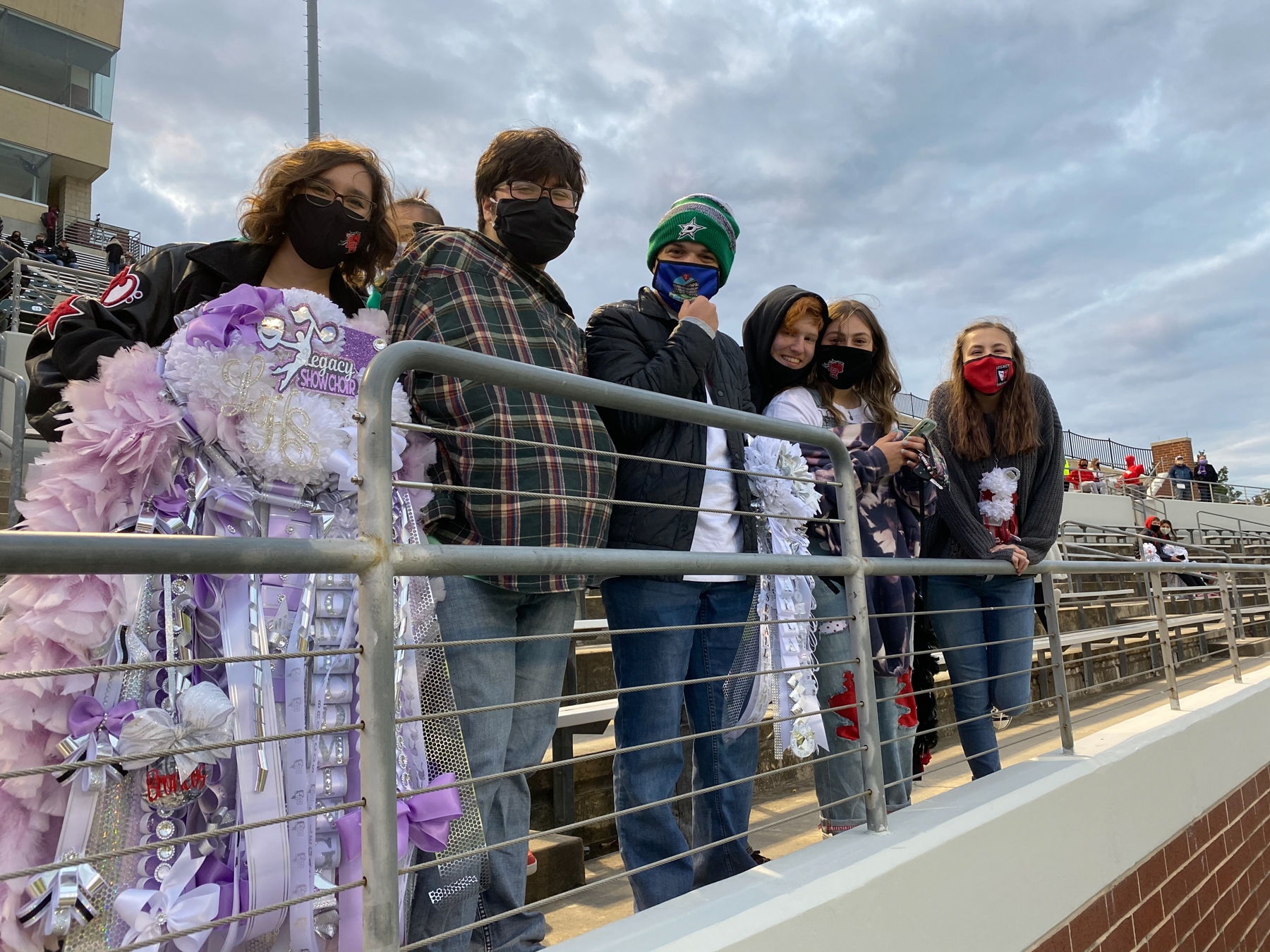 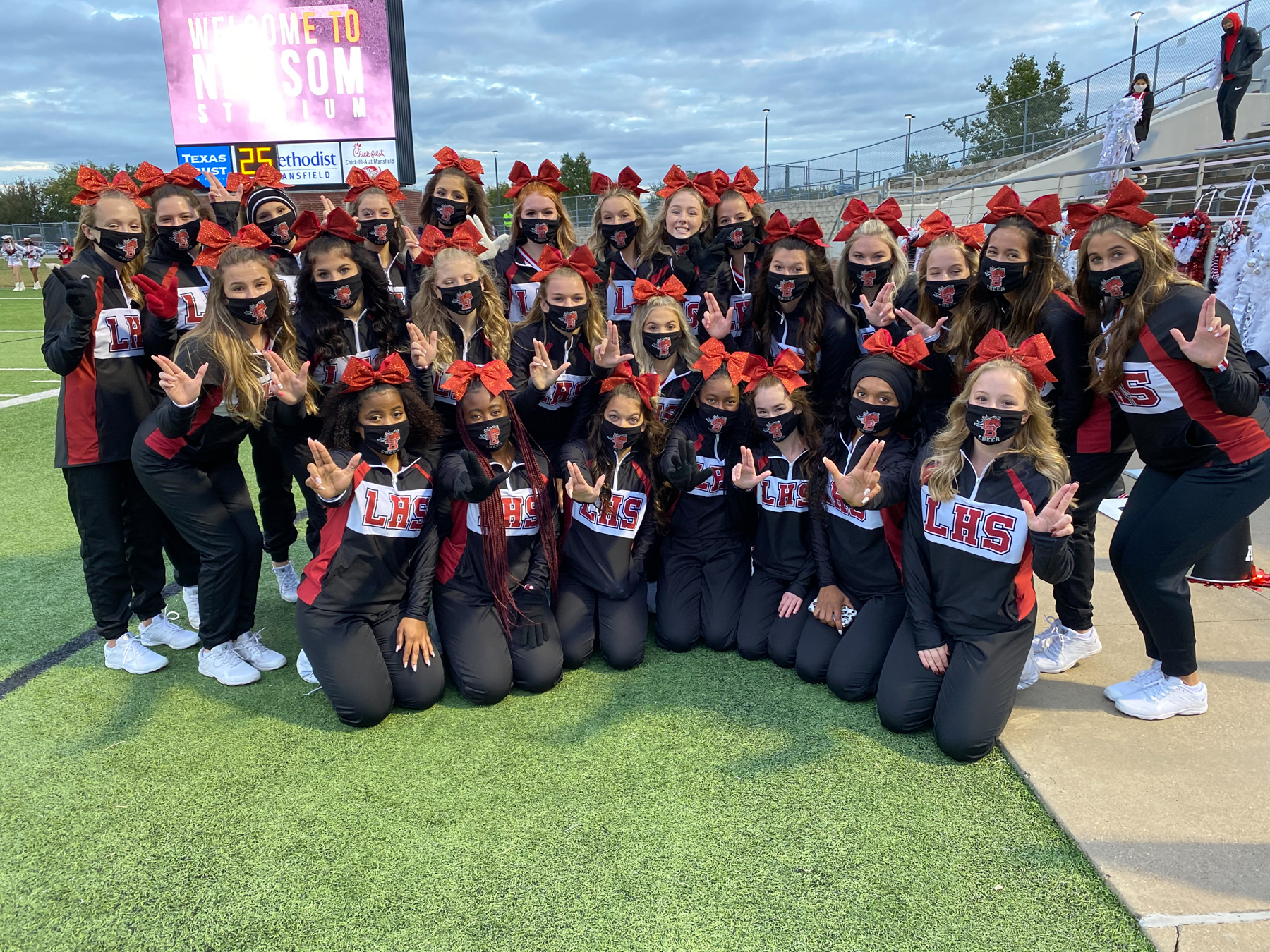 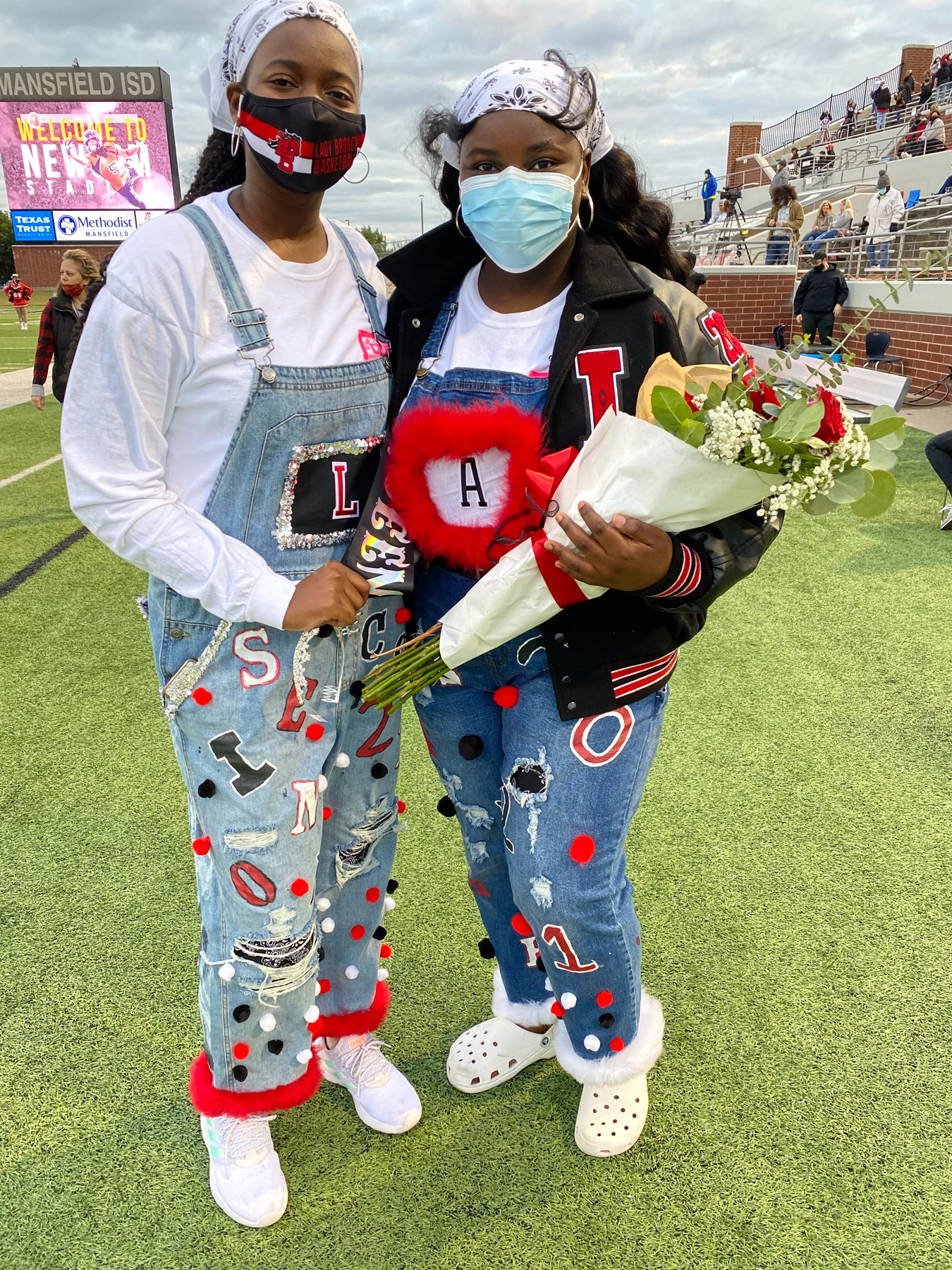 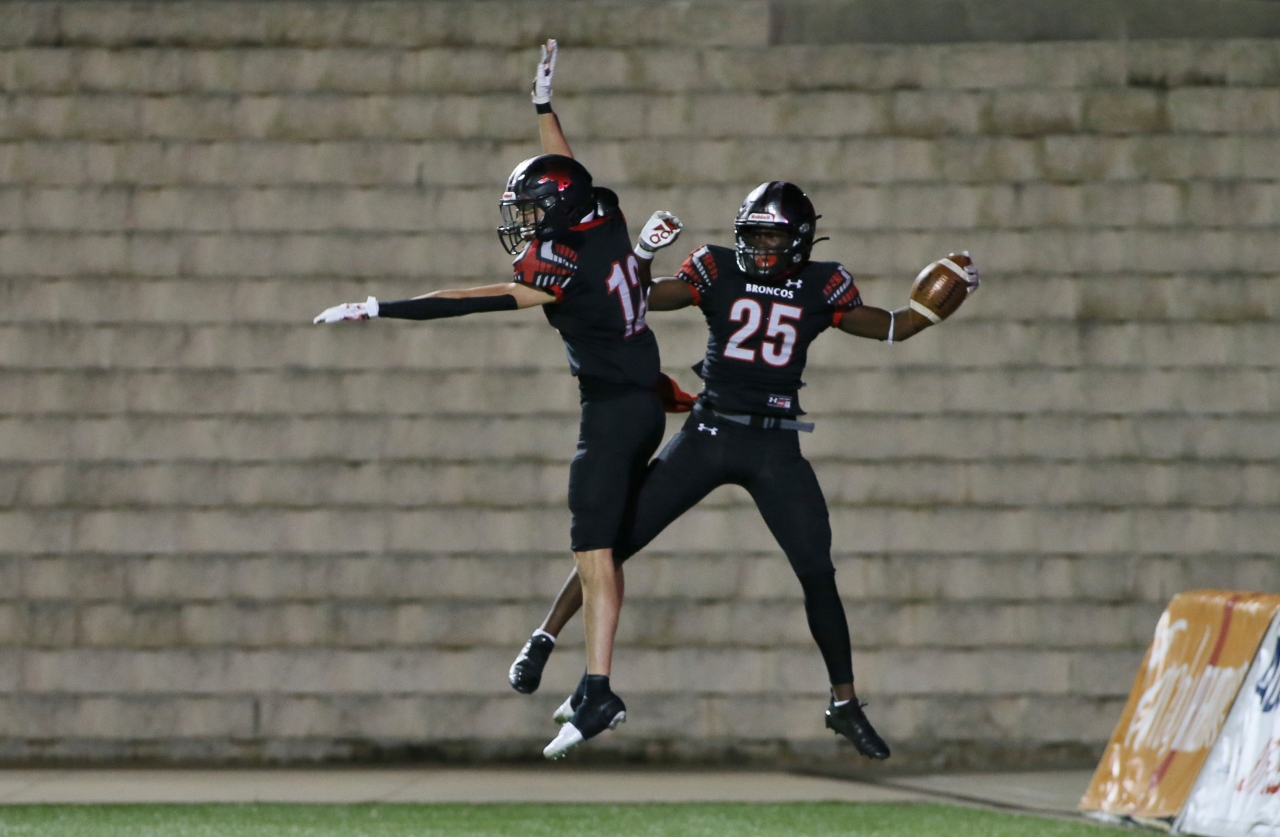 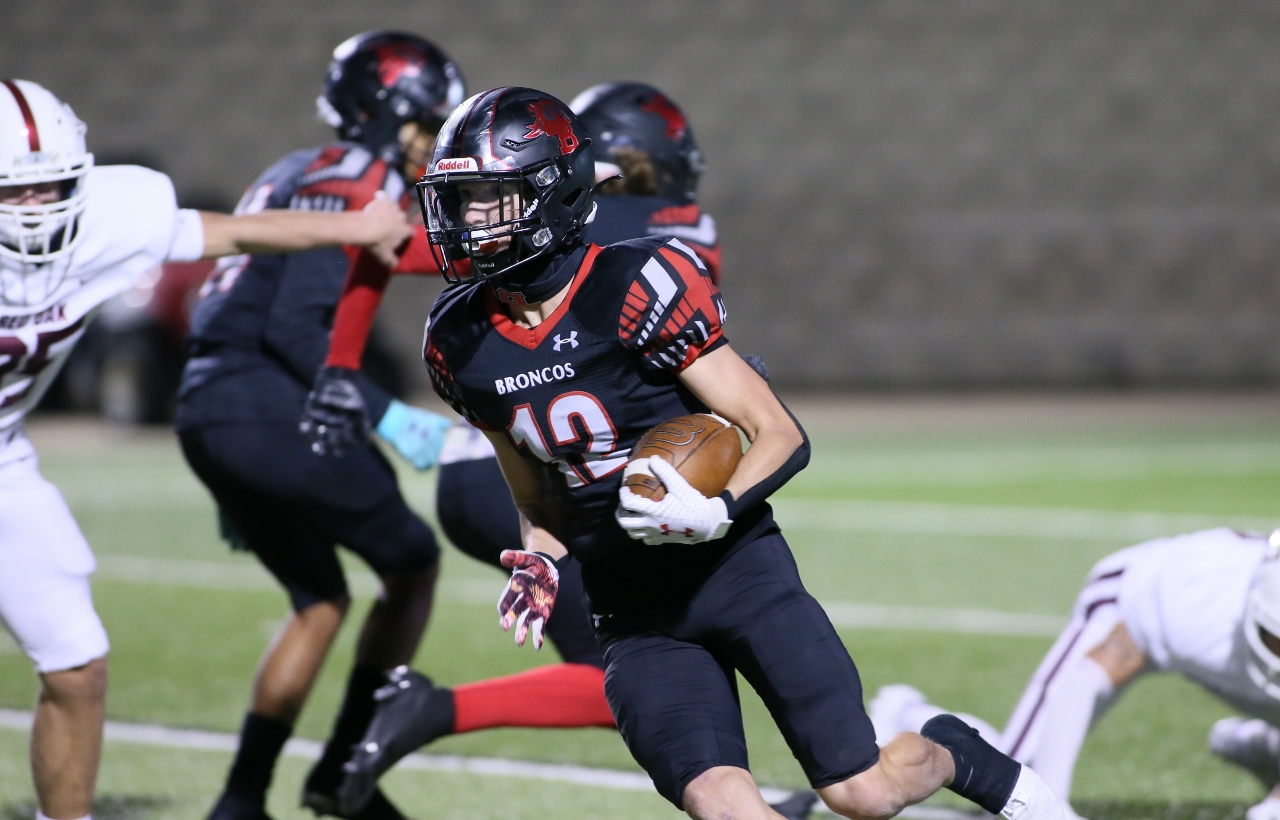 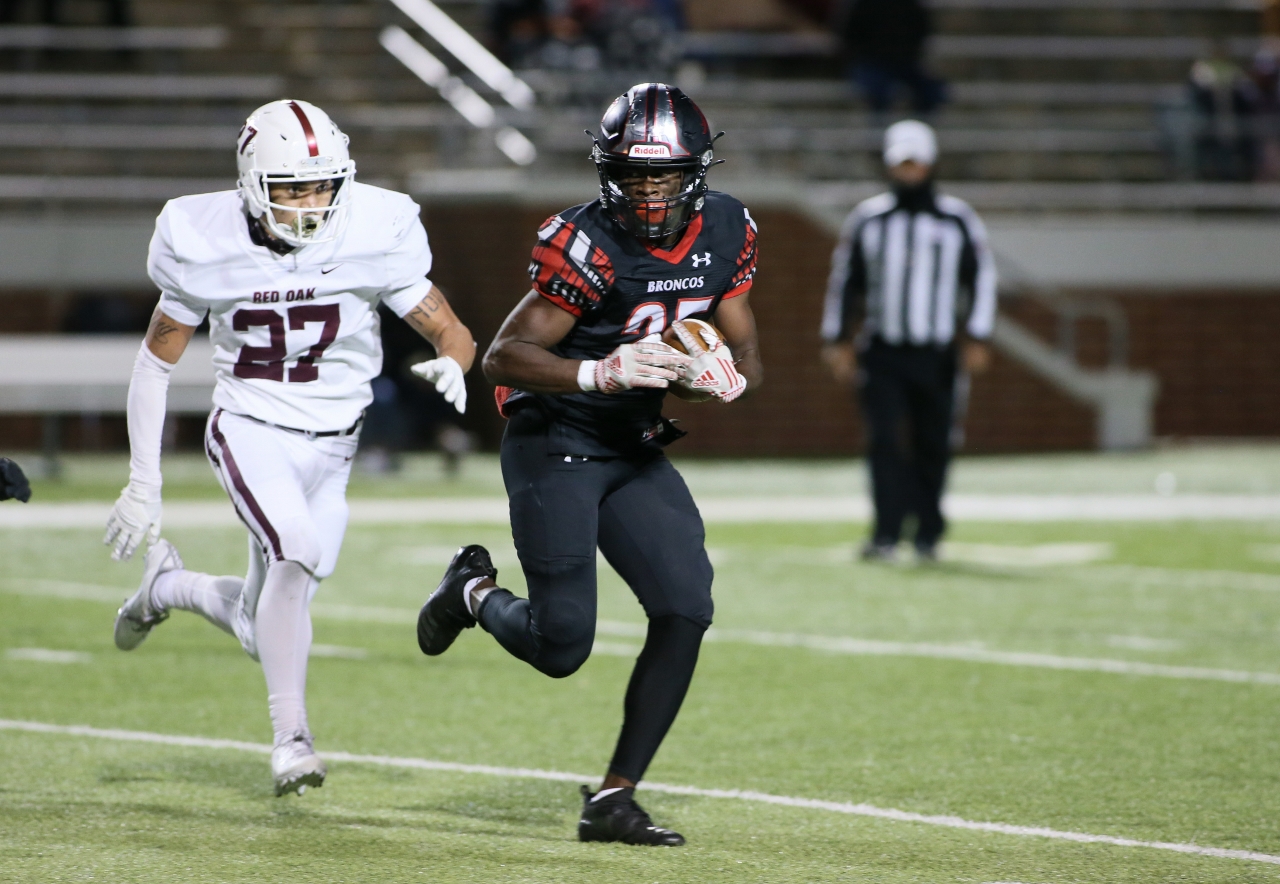 The start of Legacy’s football game with Red Oak appeared promising Friday night when the Broncos scored a touchdown on their first drive, but they didn’t score again until the fourth quarter and lost, 45-21, at Vernon Newsom Stadium.

Legacy (1-2) scored a pair of fourth-quarter touchdowns, but Red Oak (1-1) had taken control of the game by then and cruised to victory in the District 4-5A Division I contest. The Hawks were playing only their second game of the season after losing part of their early-season schedule to pandemic concerns at the school.

Legacy scored less than a minute into the fourth quarter when quarterback Beau Kilgore found Isaiah Williams in the end zone from 7 yards out to make the score 38-14. Early on the drive, Kilgore’s pass to Sincere Cassel took the Broncs 41 yards to the Red Oak 32-yard line. Later on the drive, Kilgore eluded defenders who appeared to have him trapped for a sack, instead finding Ty Cook for a 12-yard gain and a first down to keep the drive going.

Red Oak’s Chris Parson followed by leading the Hawks on a 71-yard drive, hurdling a Legacy tackler into the end zone on a 4-yard rush to put Red Oak up 45-14 with 7:43 to play.

Kilgore then went to work again, hitting Dominique Cato on a screen for 14 yards to start the drive. Ten plays later, after a sack left the Broncos with a 3rd-and-13 at the Red Oak 22-yard line, Kilgore dodged a heavy rush and connected with Cayden Rogers for a touchdown, bringing Legacy to within 45-21 with 2:44 left, but that would end the scoring for the night.

Red Oak needed only four plays and 1:17 to go 75 yards for a 7-0 lead on the game’s opening drive. Zach Sanders bolted through the line and outran the secondary on a 41-yard scoring rush, one play after Hawks quarterback Joshua Ervin hit Raymond Gay Jr. on a 22-yard pass to set up Sanders’ run.

The Broncos followed by efficiently marching downfield on an eight-play, 5-minute drive, capped by John McGrady’s 9-yard run to the outside, sending him untouched into the end zone to tie the game at 7-7. Kilgore was 4-for-6 passing on the drive, including a 25-yard strike to Cook to set up McGrady’s TD run.

Red Oak surged after that, scoring twice in 4 minutes to open a 21-7 lead with a half-minute gone in the second quarter. A botched punt attempt by Legacy deep in its own territory helped put Red Oak in scoring position, giving the Red Hawks the ball 18 yards from the end zone. Two plays later, Gay caught a 20-yard TD pass from Chris Parson, one of three catches of 20 yards or more for Gay in the first half.

The Hawks, playing with a stiff wind at their back in the second quarter, tacked on a 36-yard field goal for a 24-7 halftime lead.

Elsewhere in the Mansfield ISD on Friday night, Lake Ridge (0-4) fell to Cedar Hill, 38-14, to open District 11-6A competition.

Lake Ridge hosts DeSoto at Newsom Stadium at 7:30 p.m. on Friday, Oct. 30. Mansfield travels to Duncanville for a 7:30 p.m. game that night, while Timberview visits Joshua at 7 p.m. the same night.