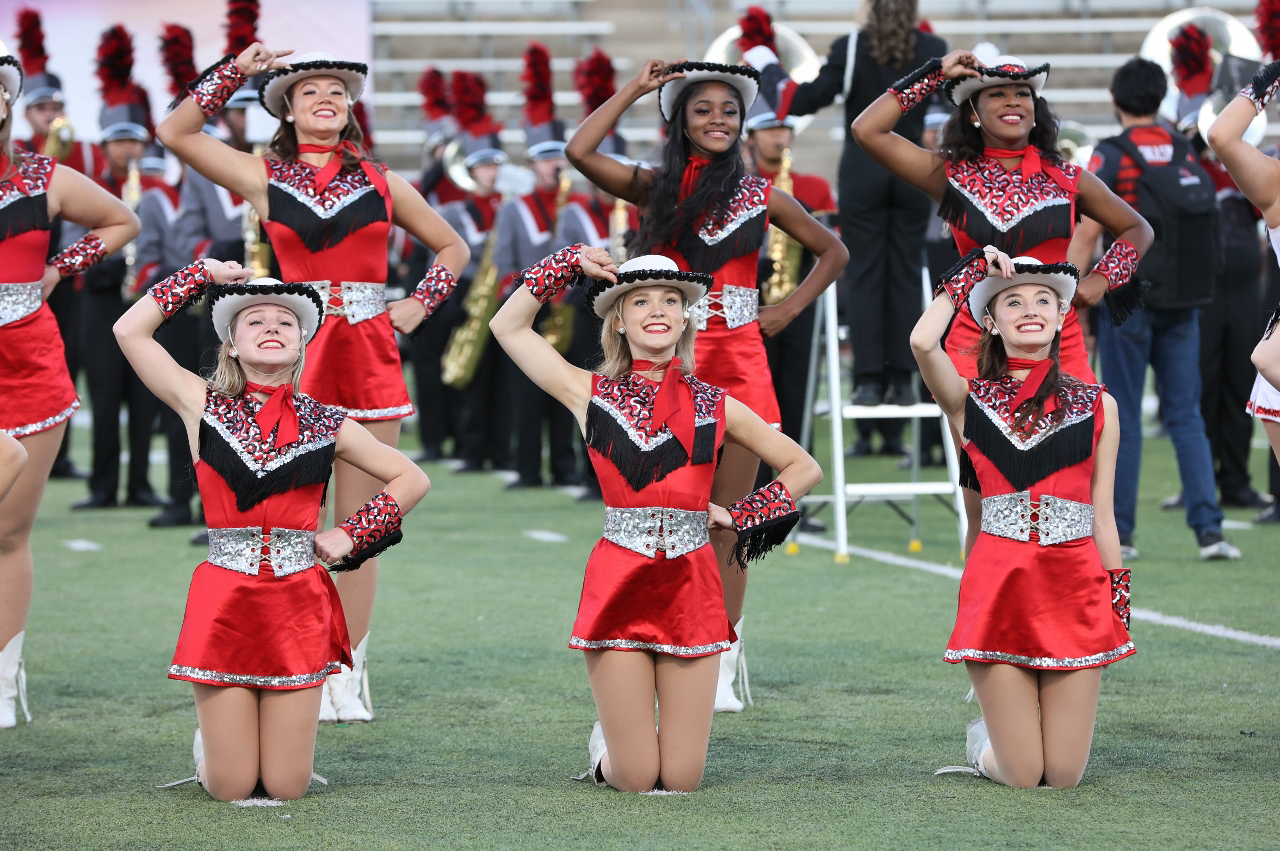 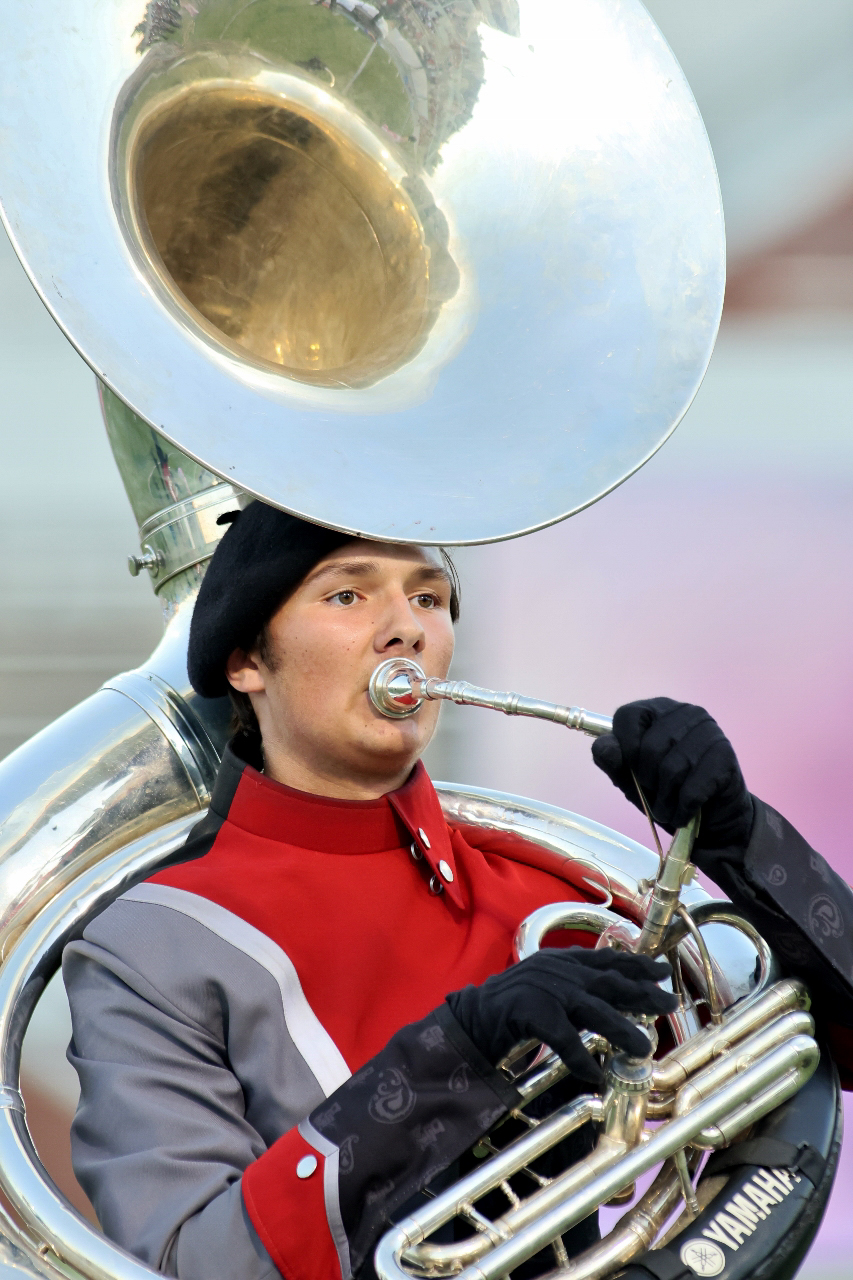 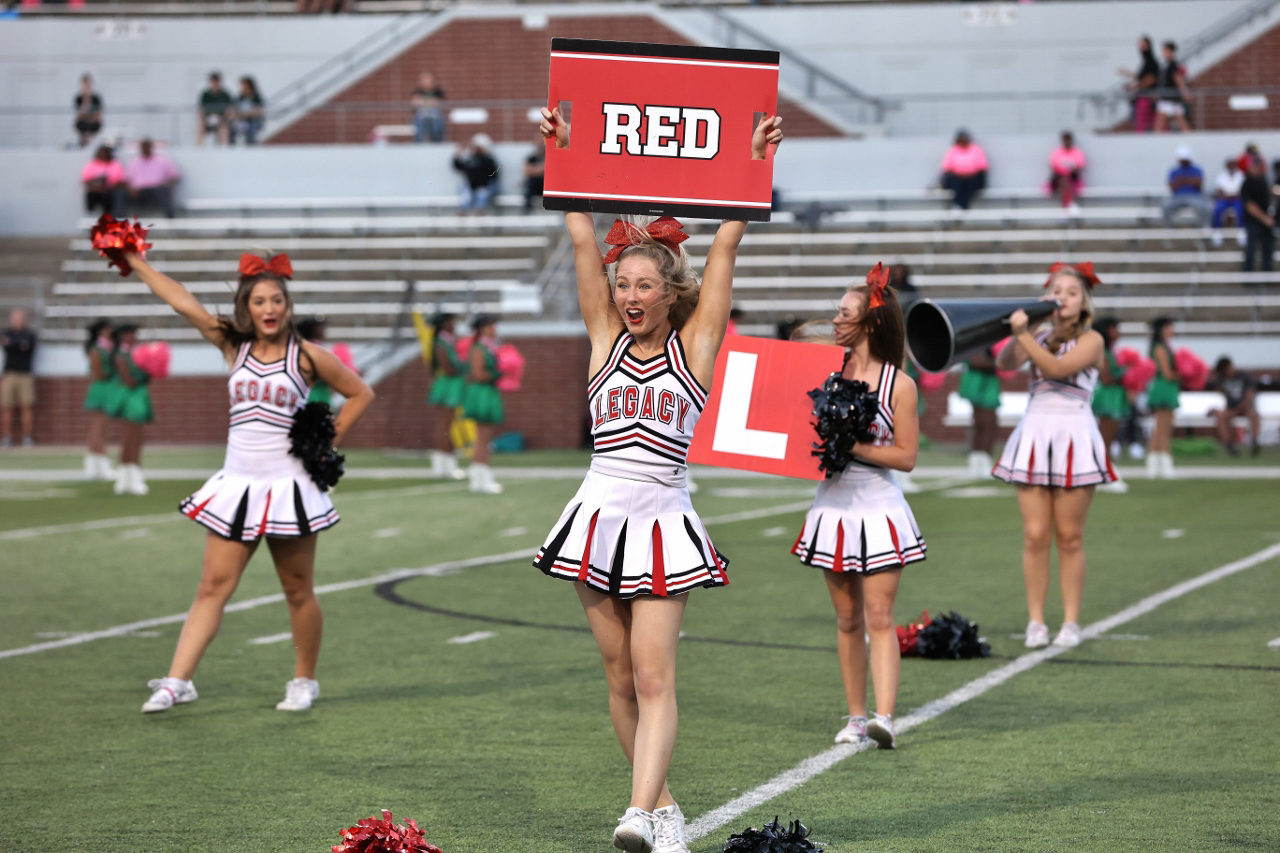 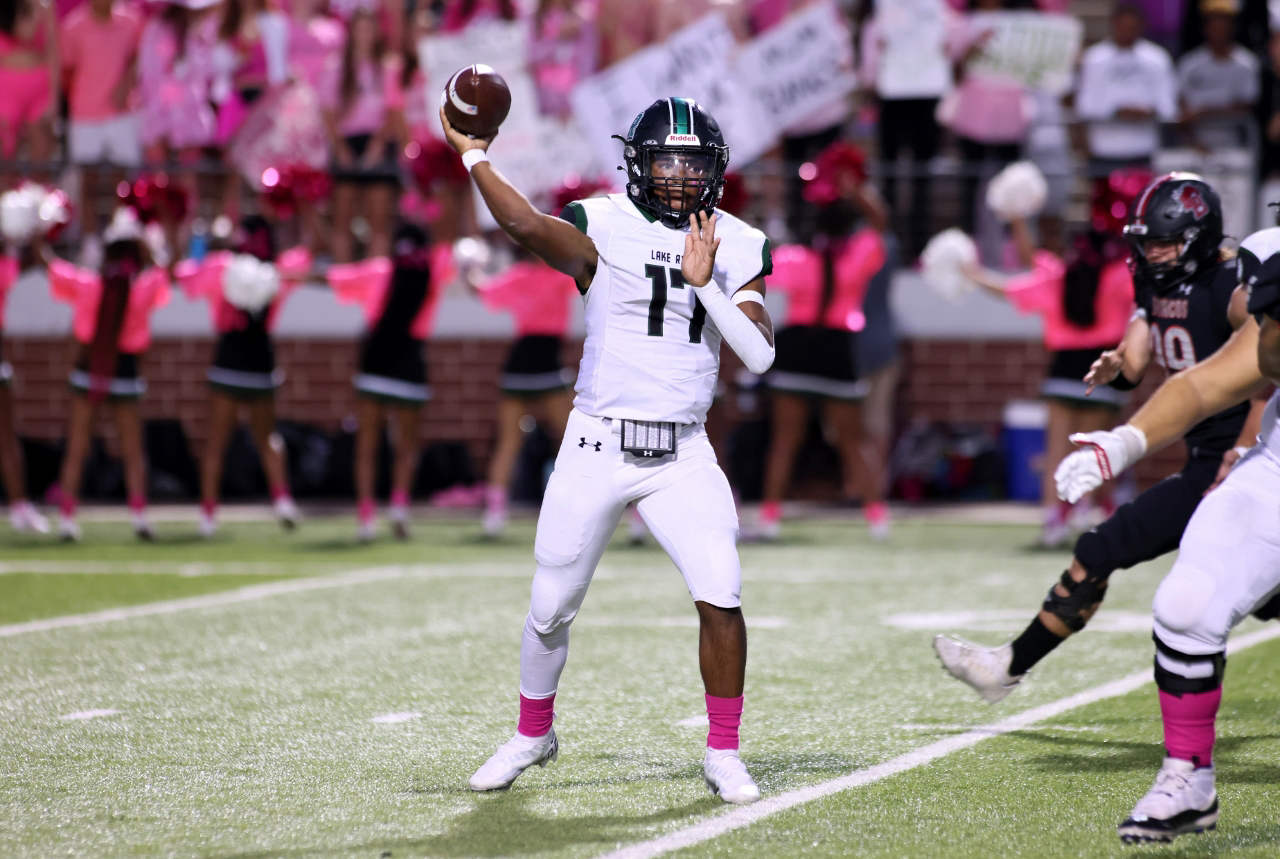 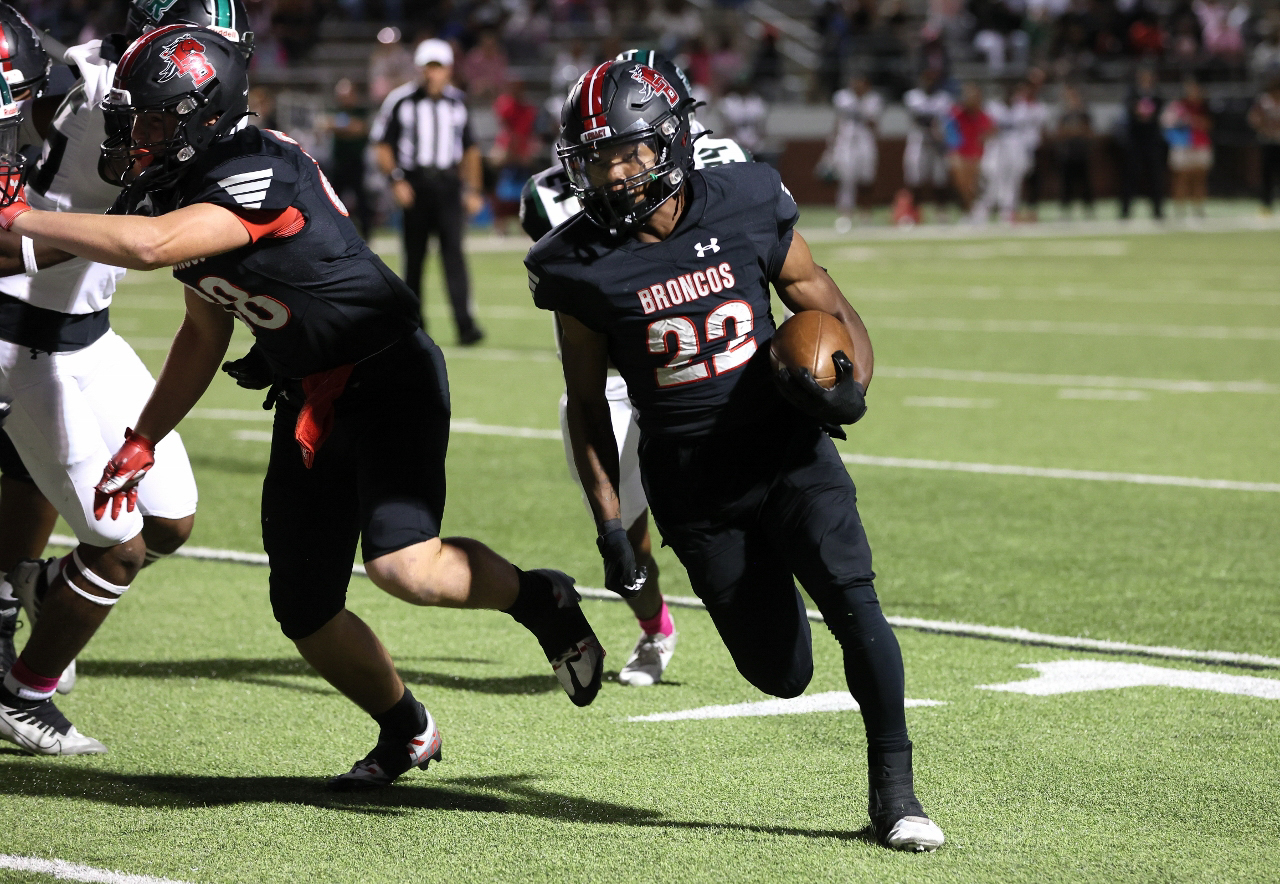 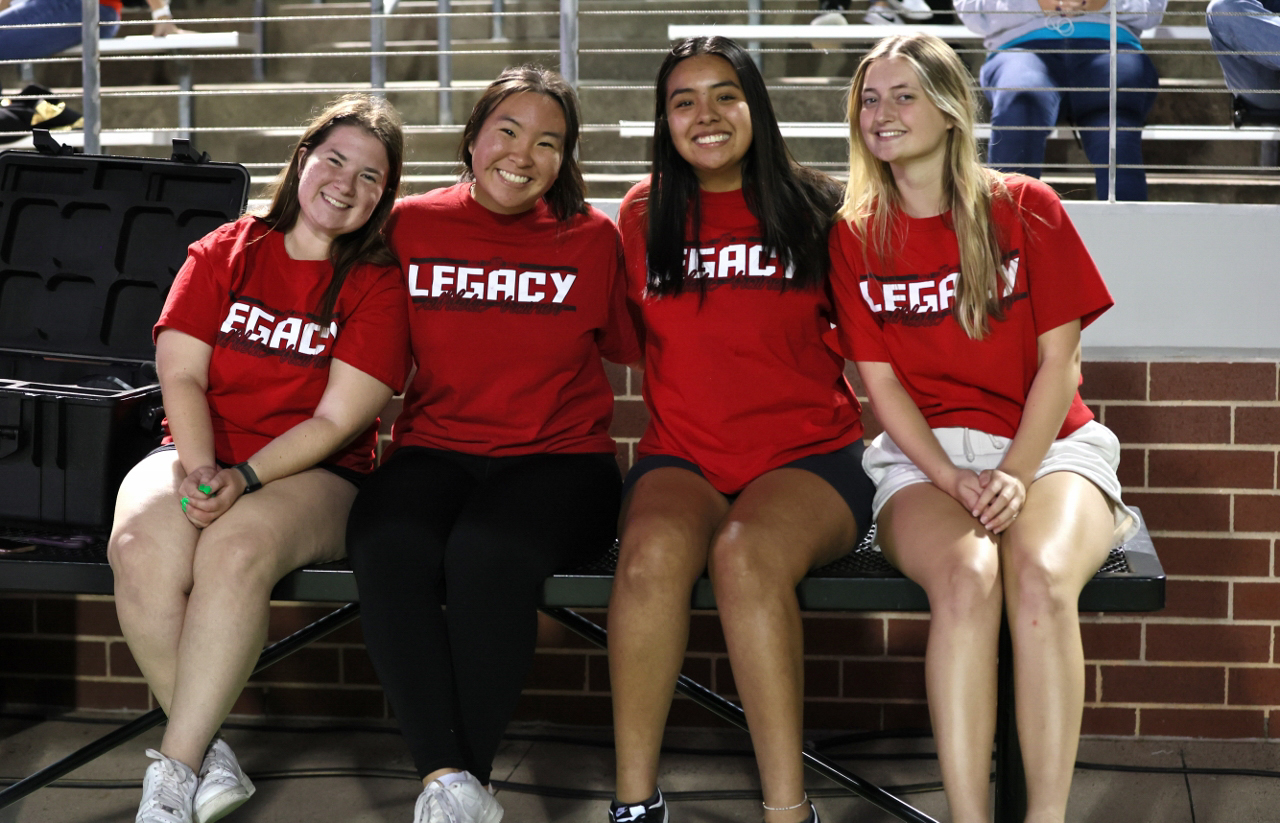 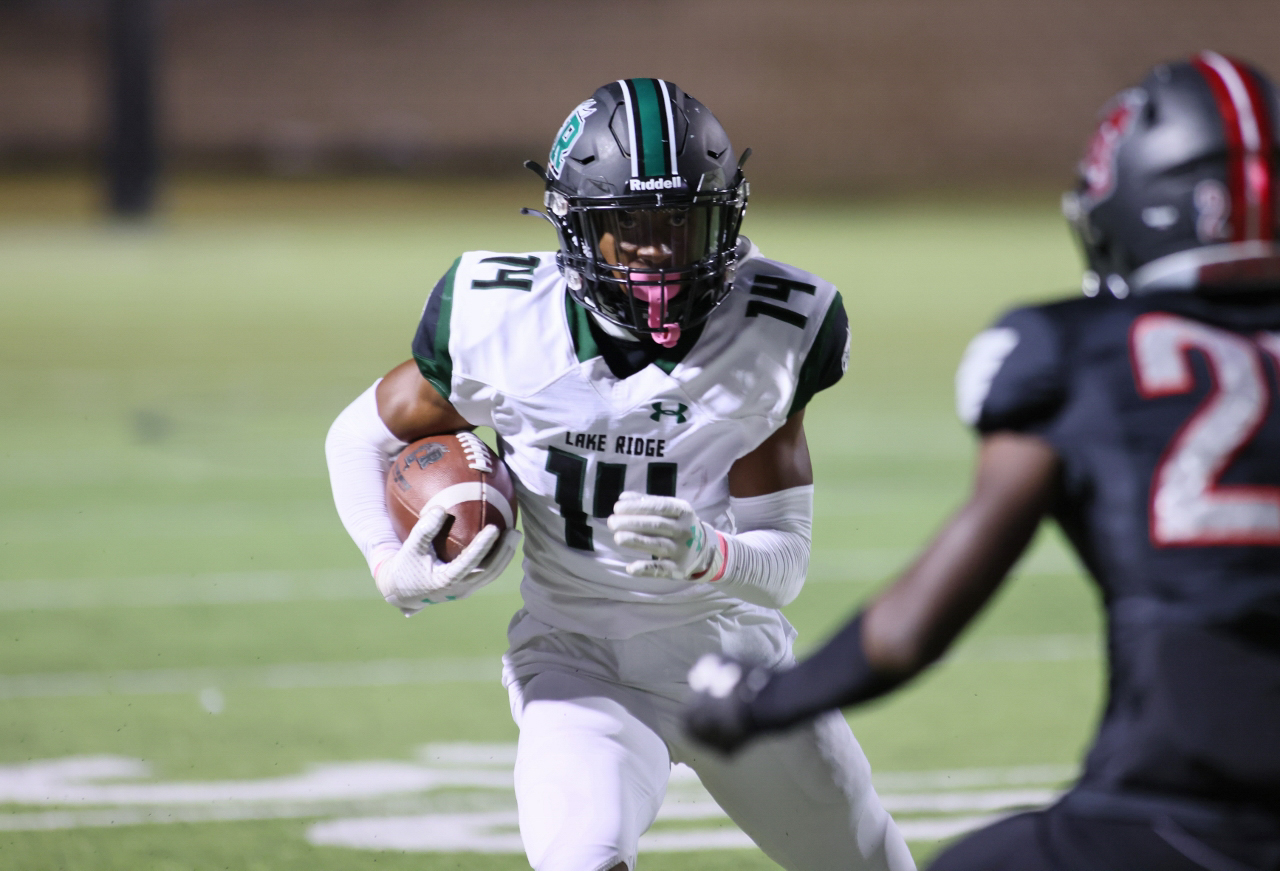 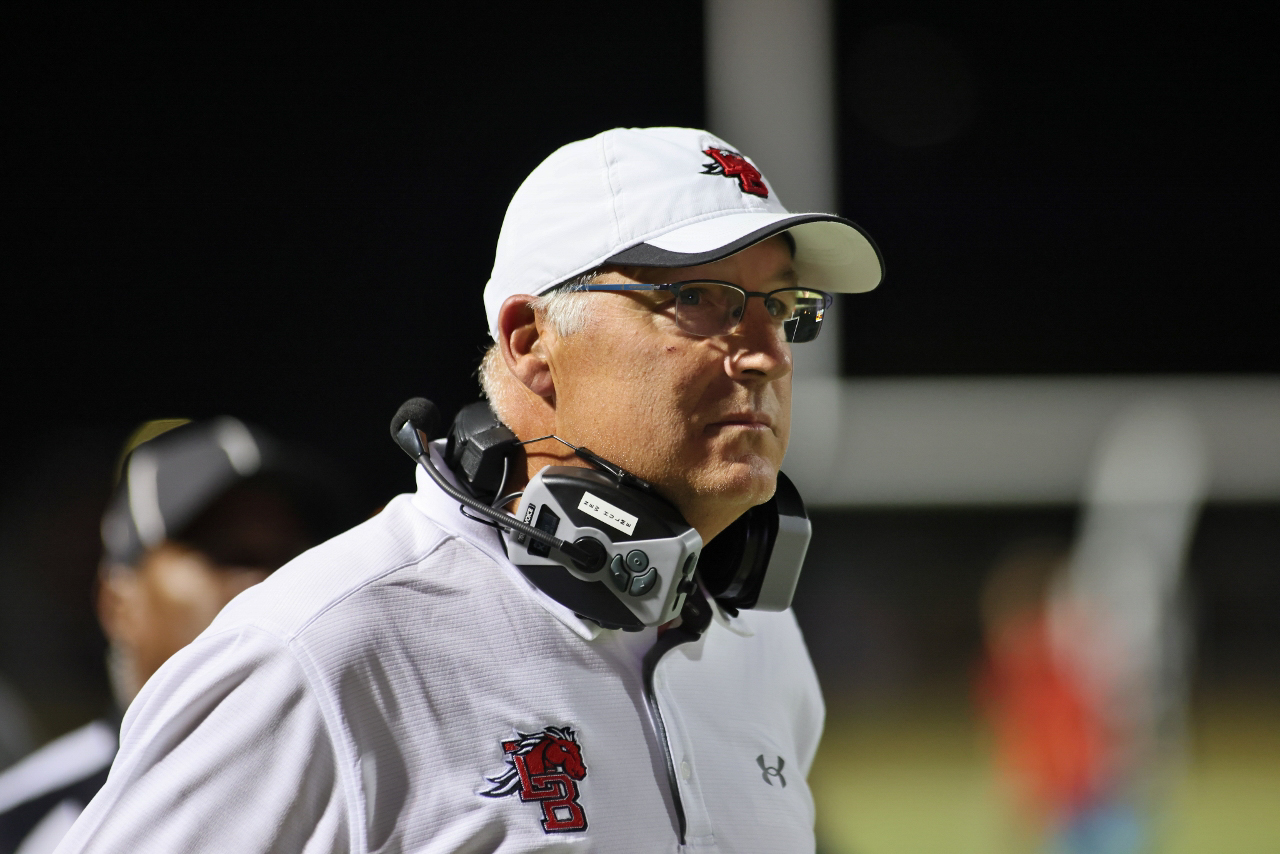 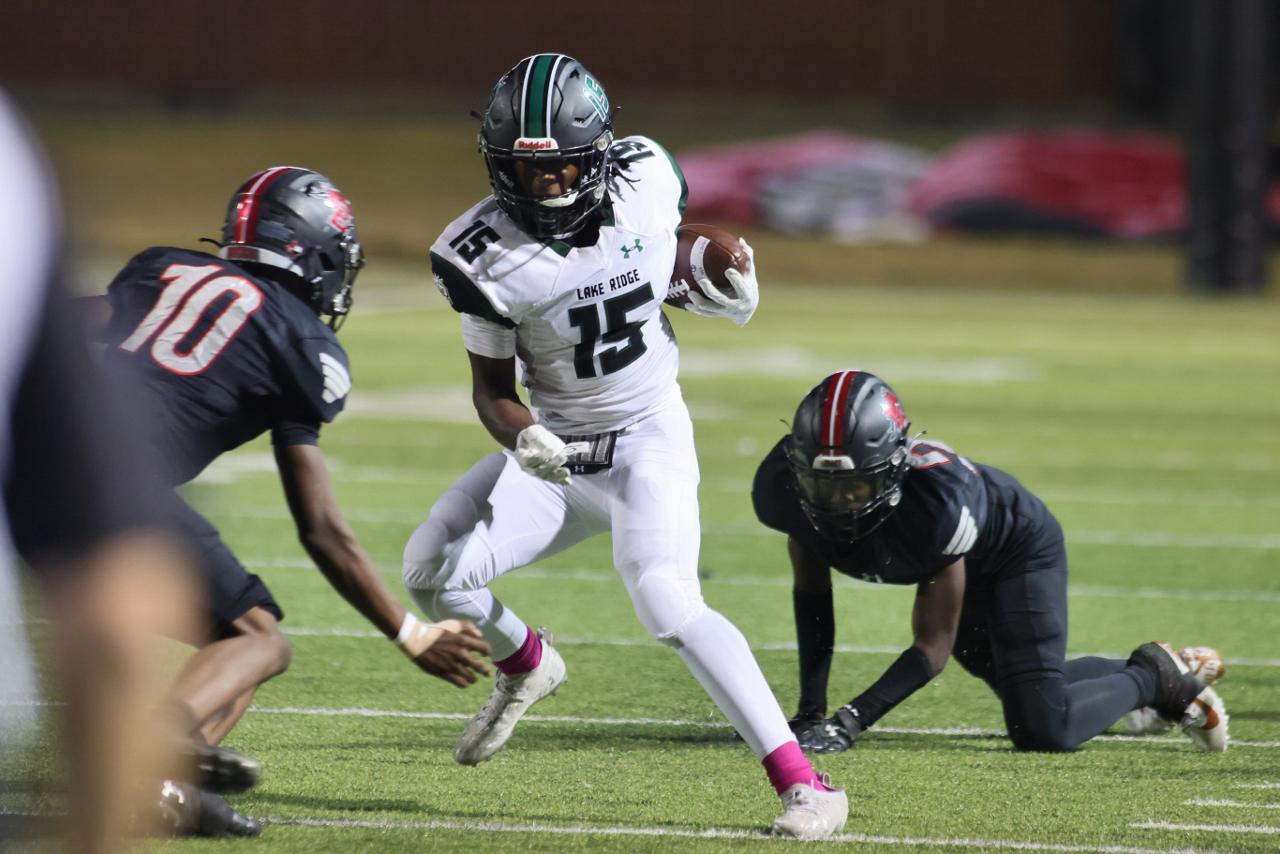 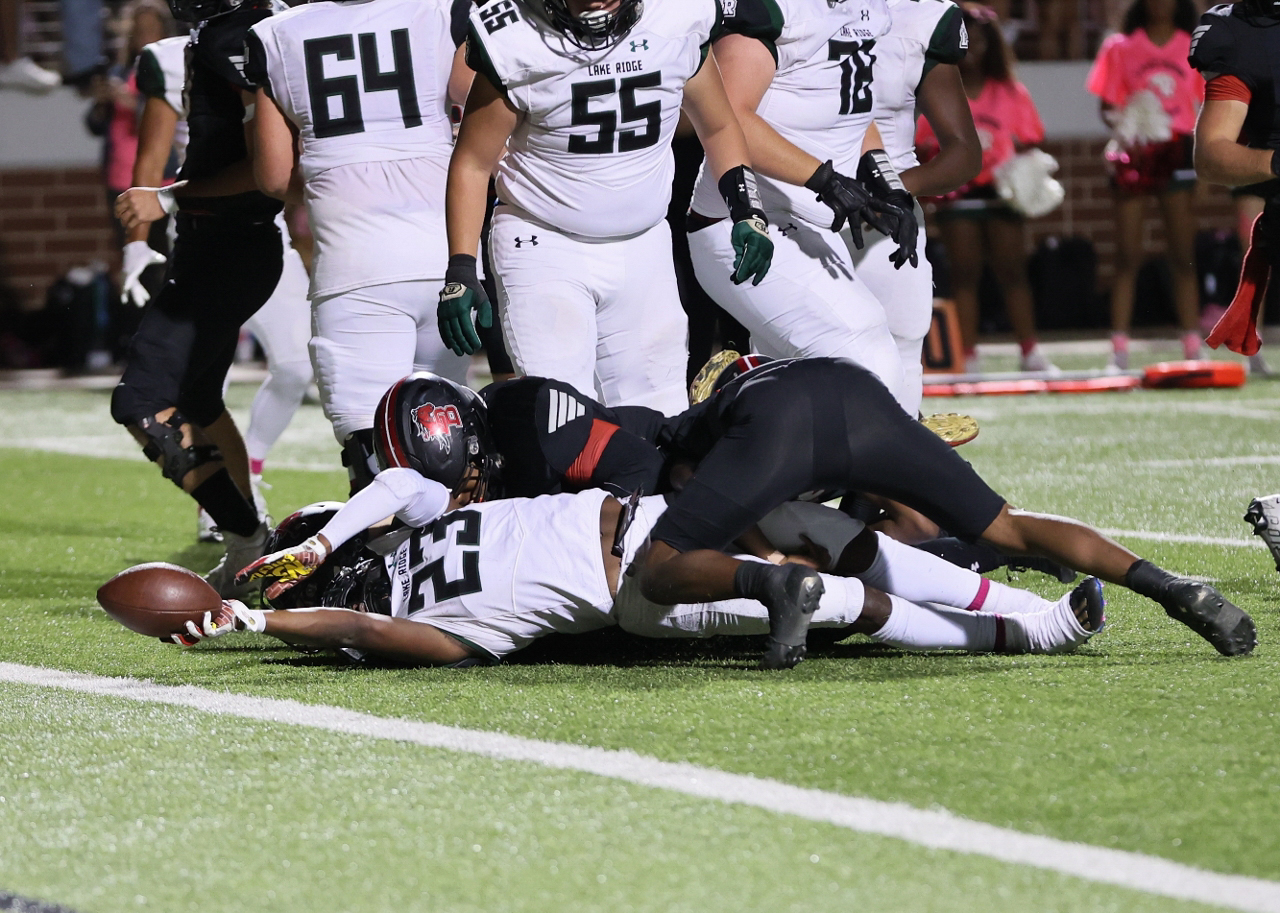 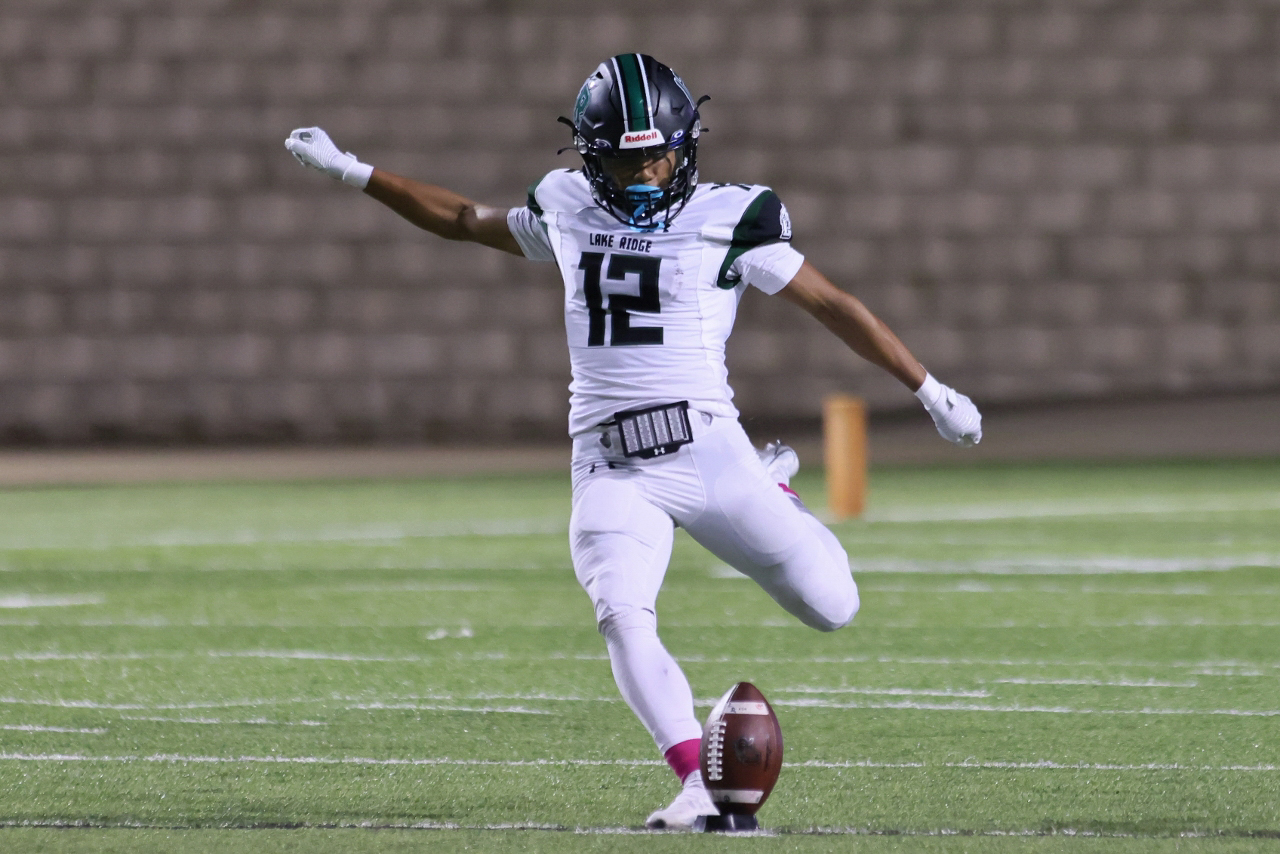 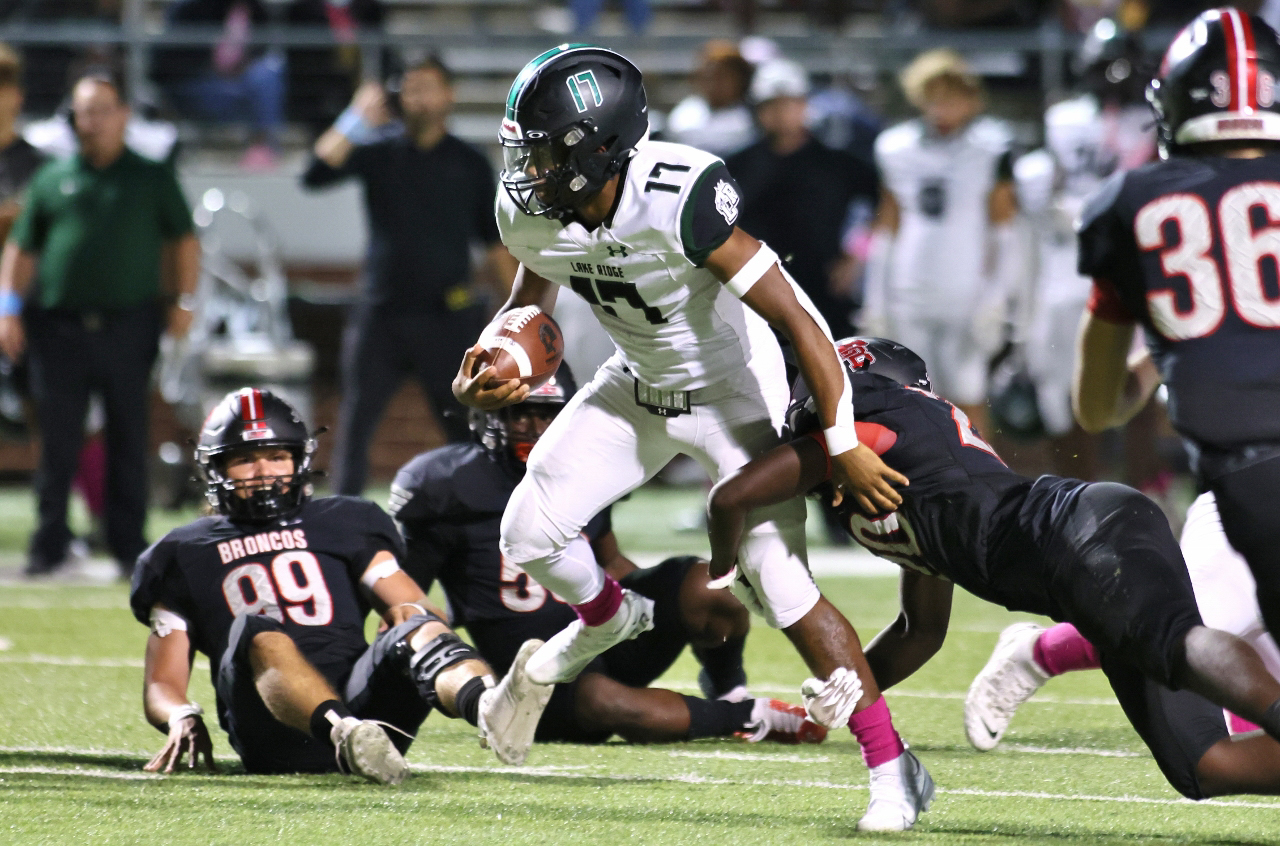 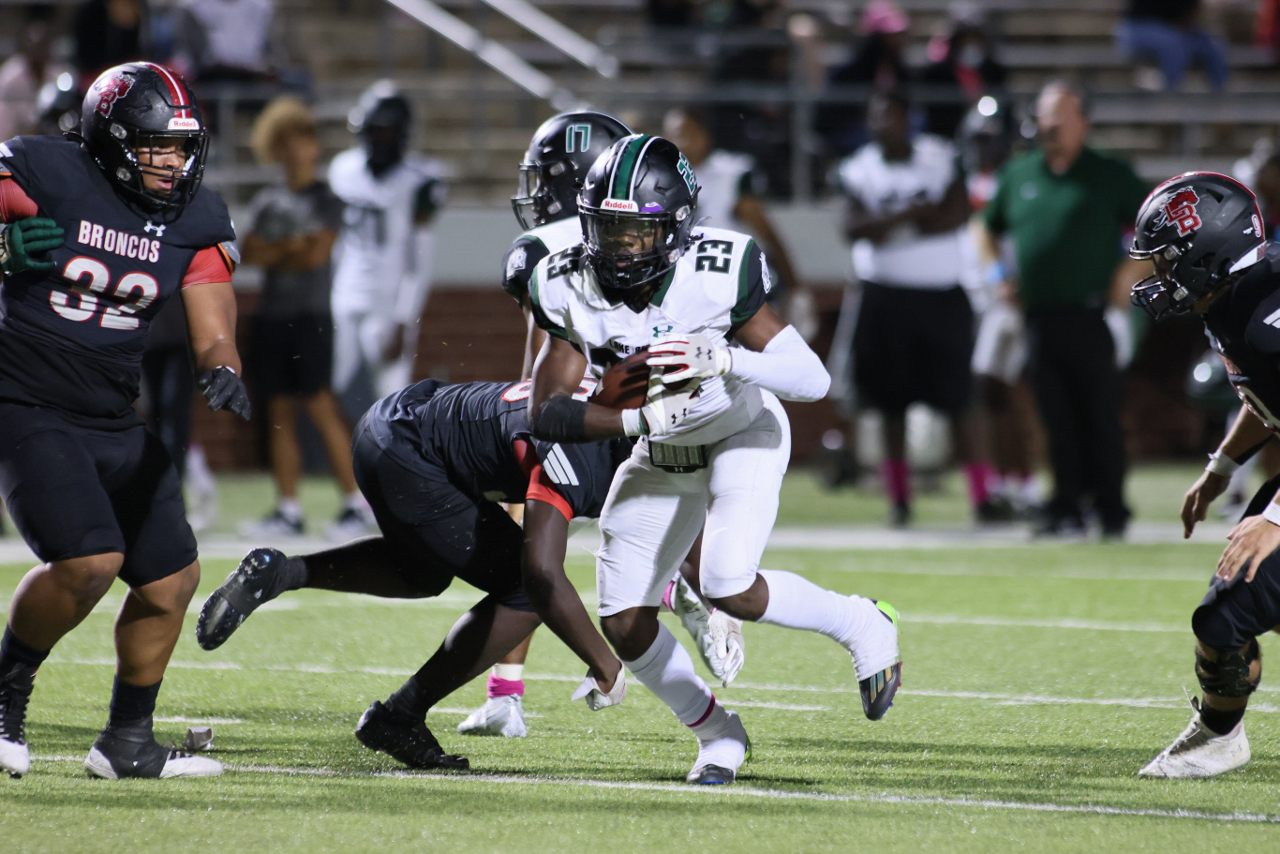 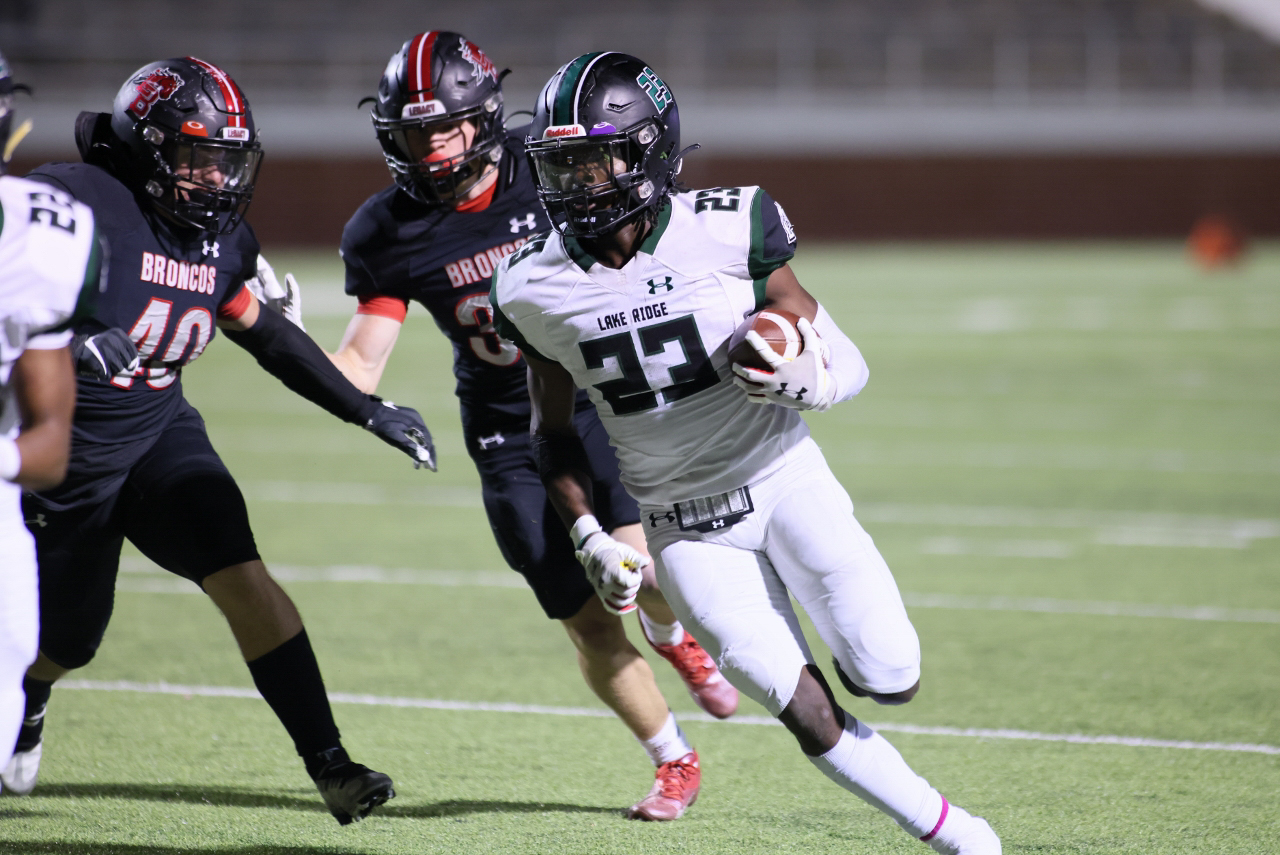 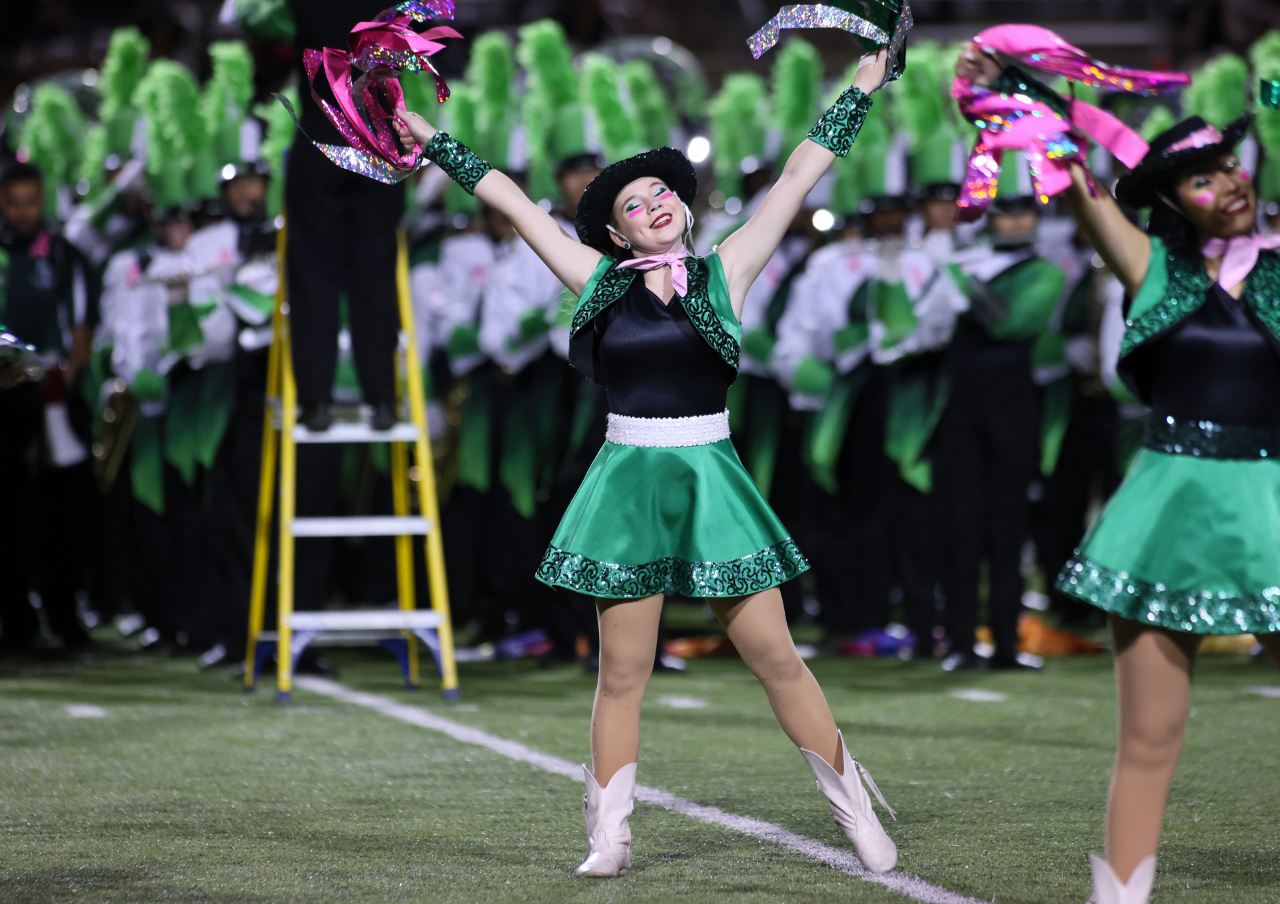 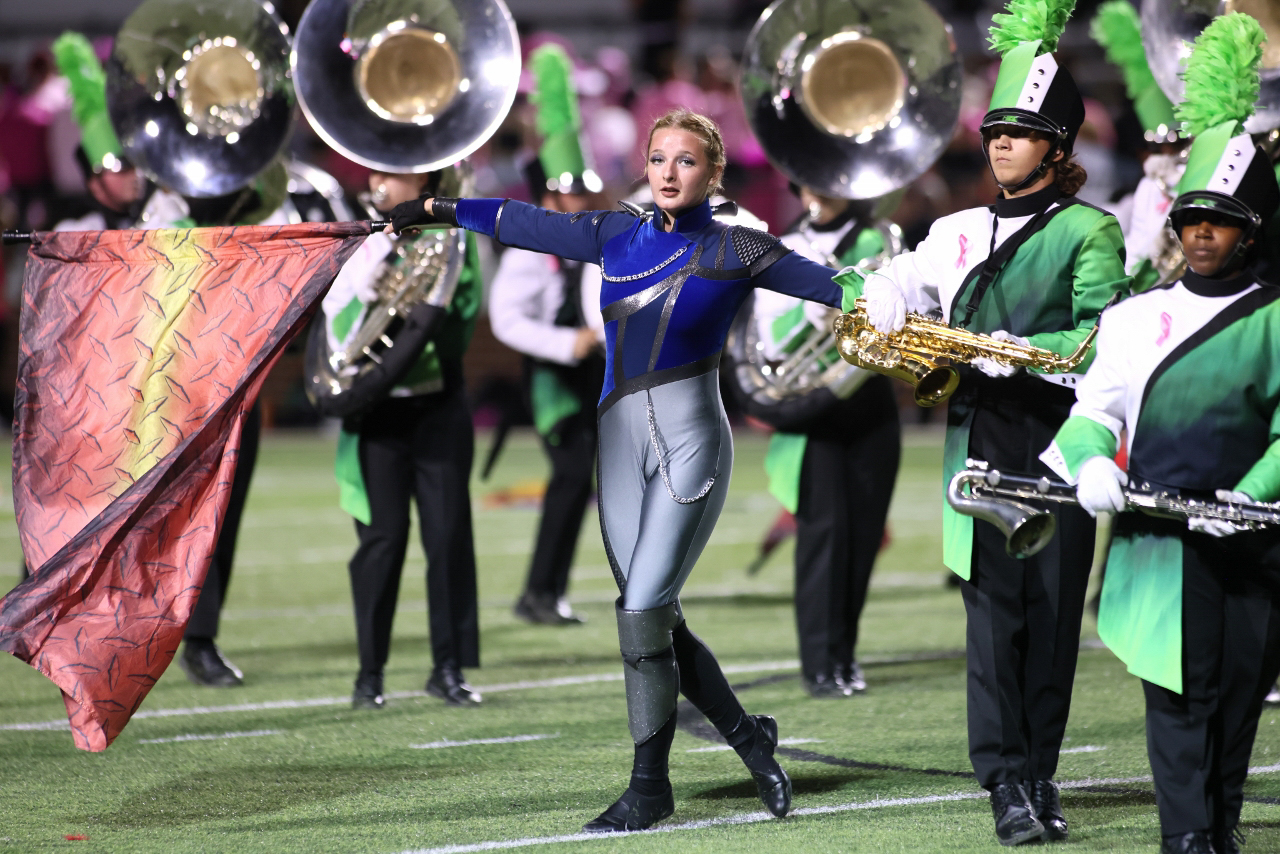 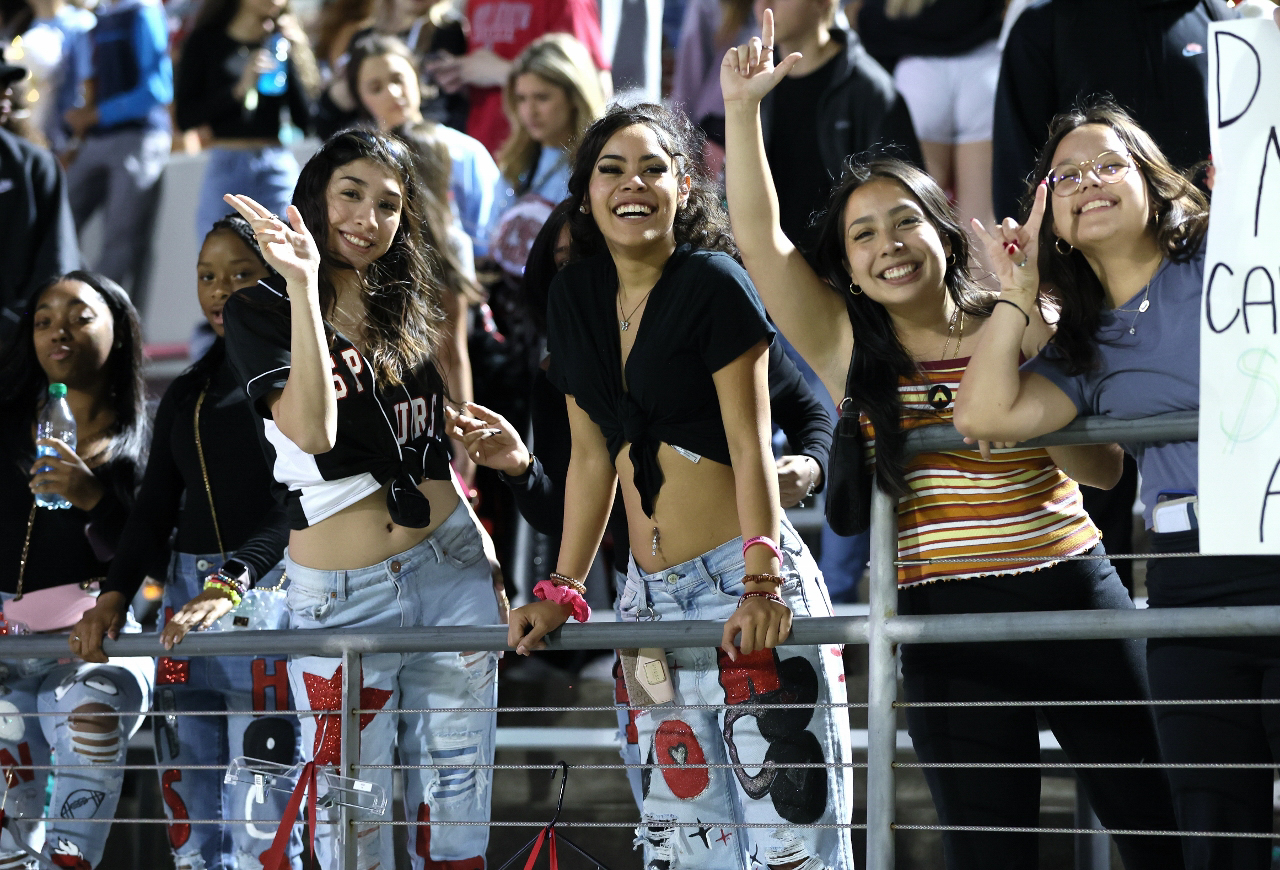 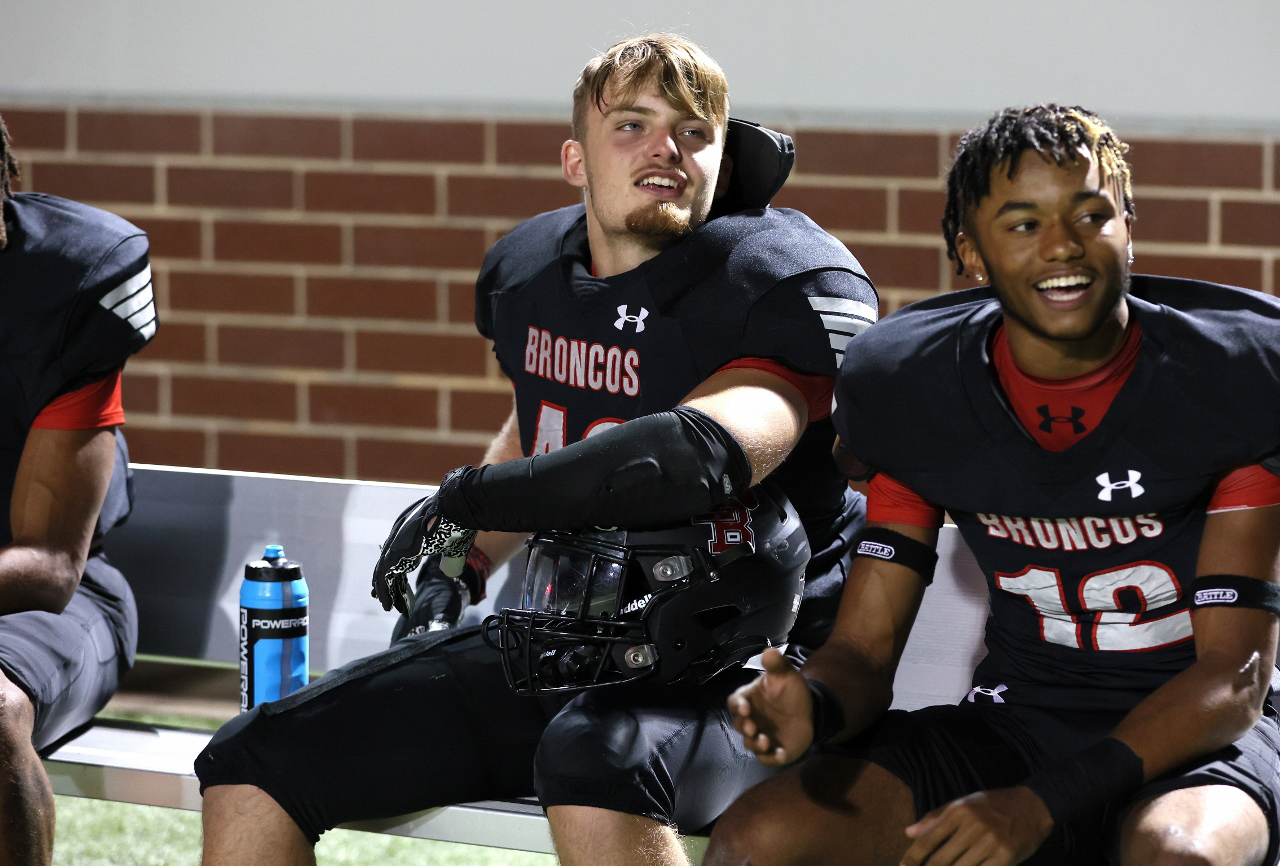 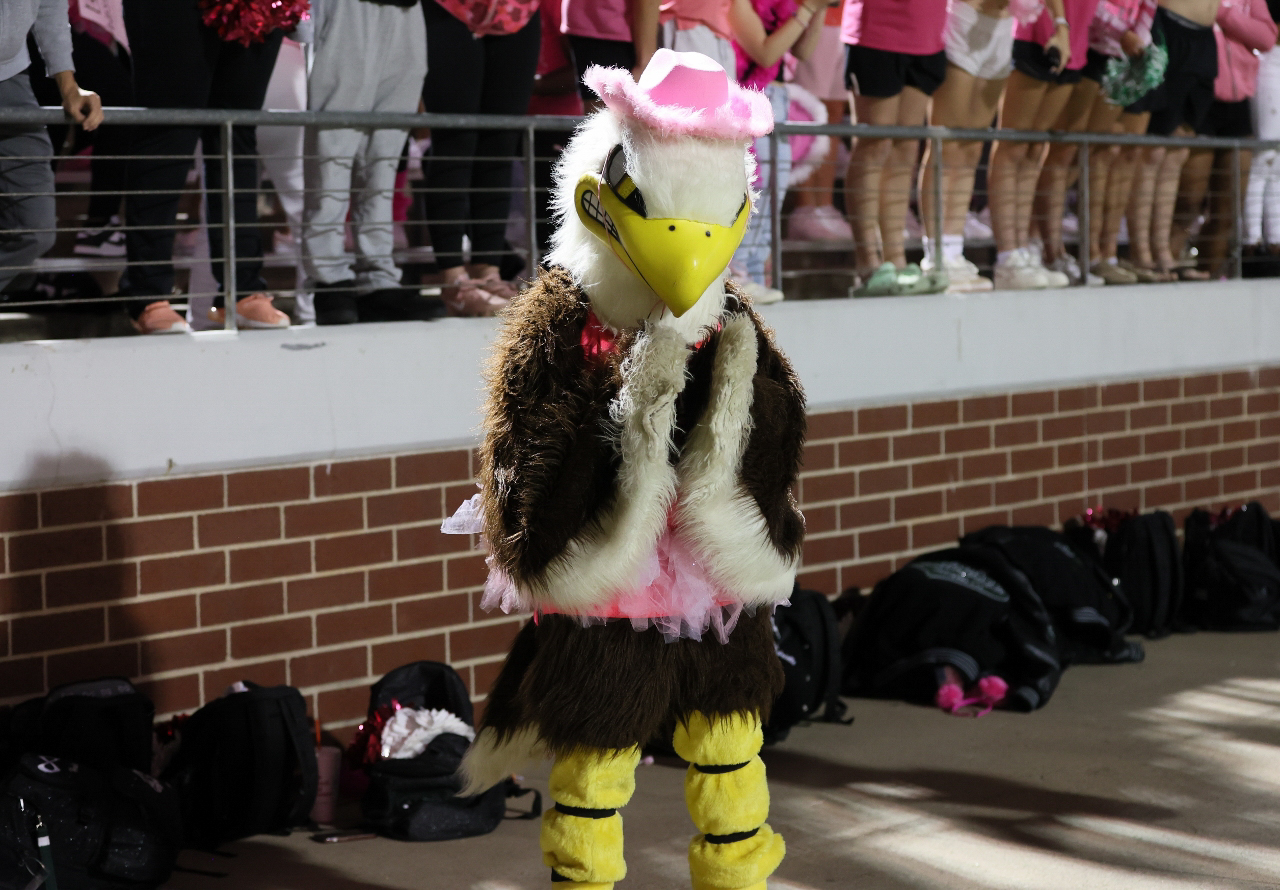 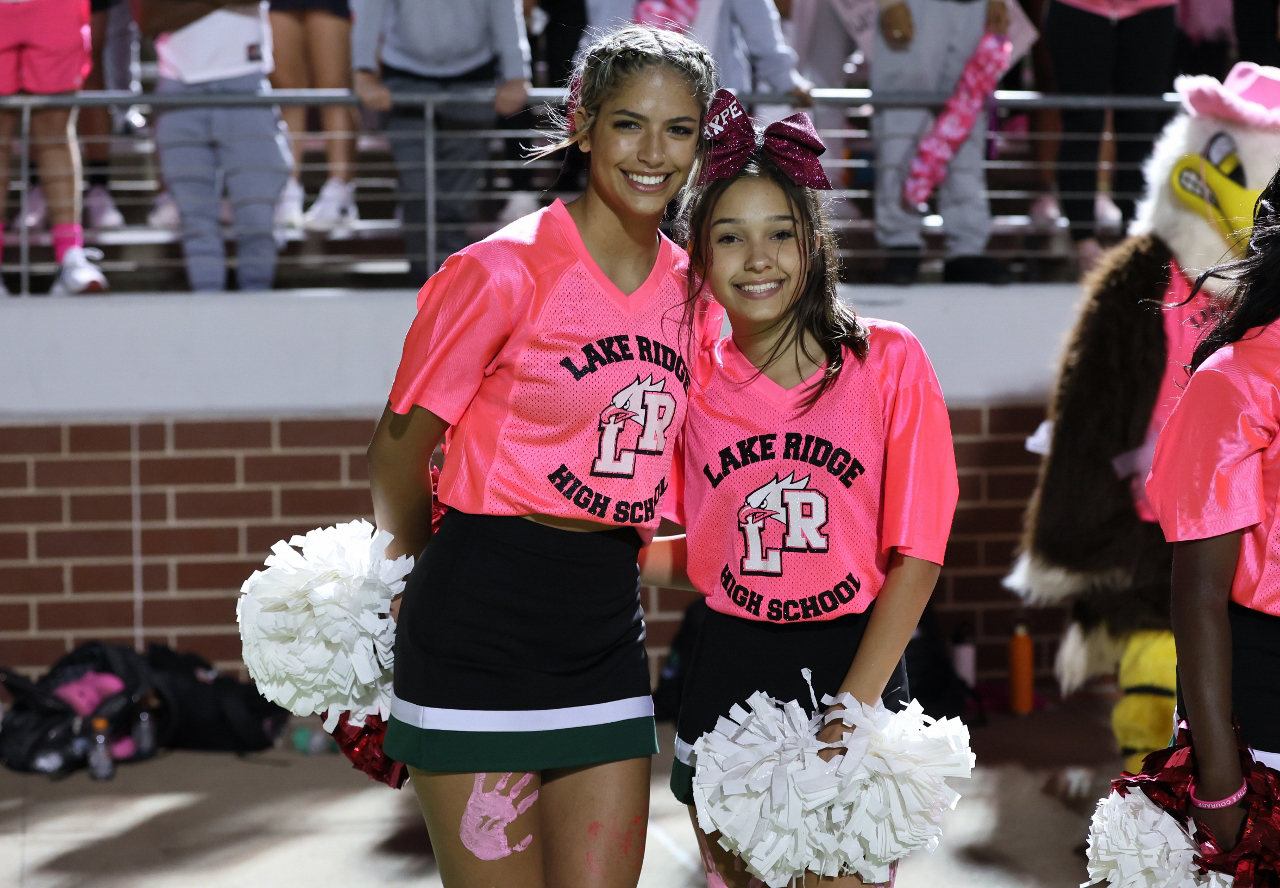 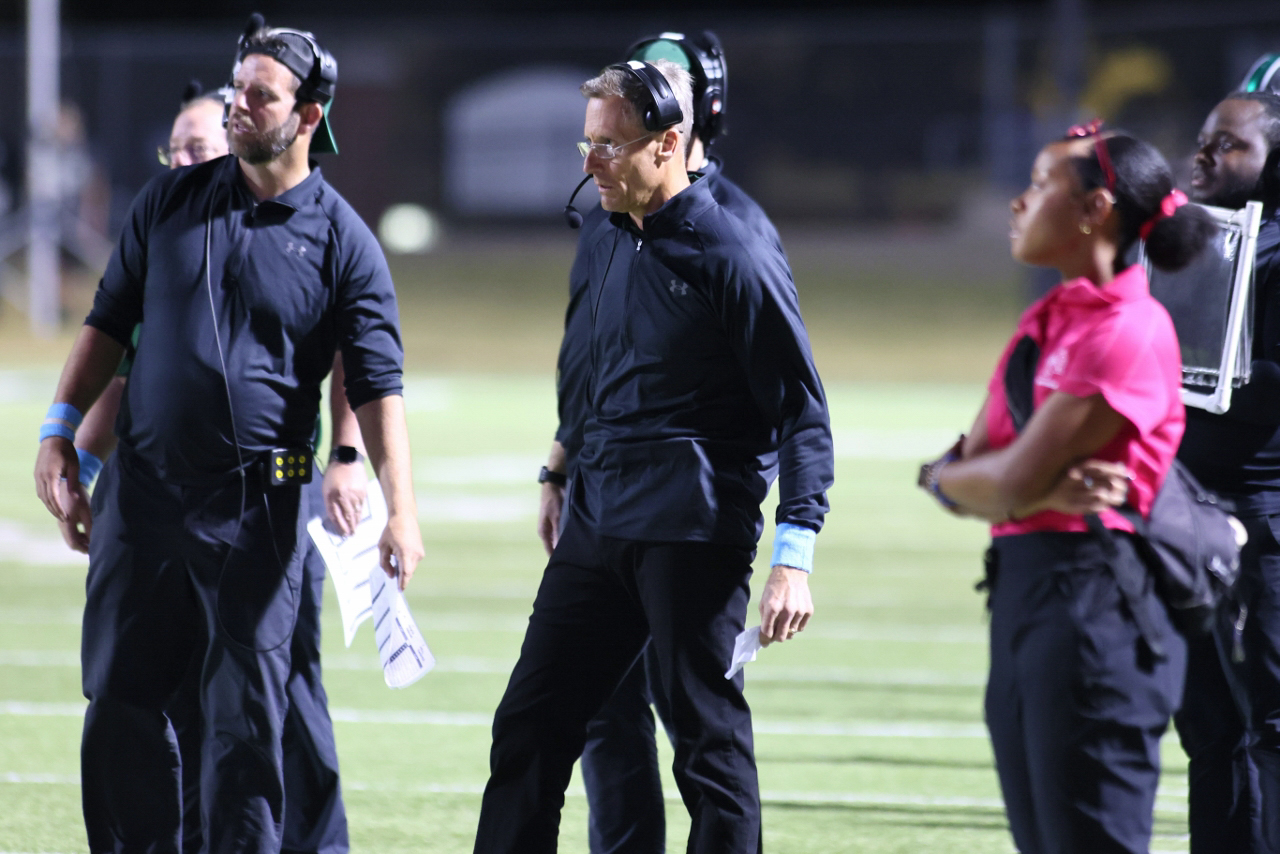 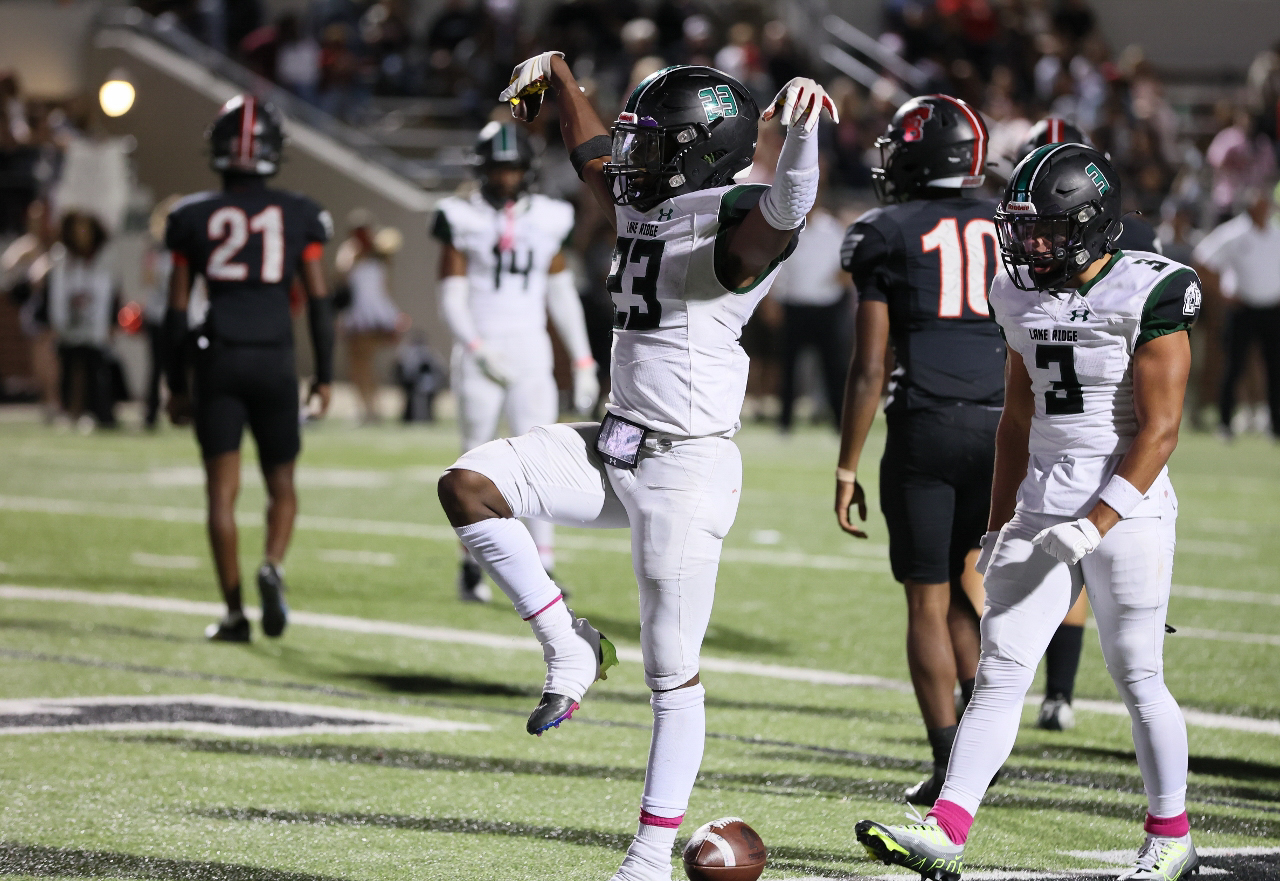 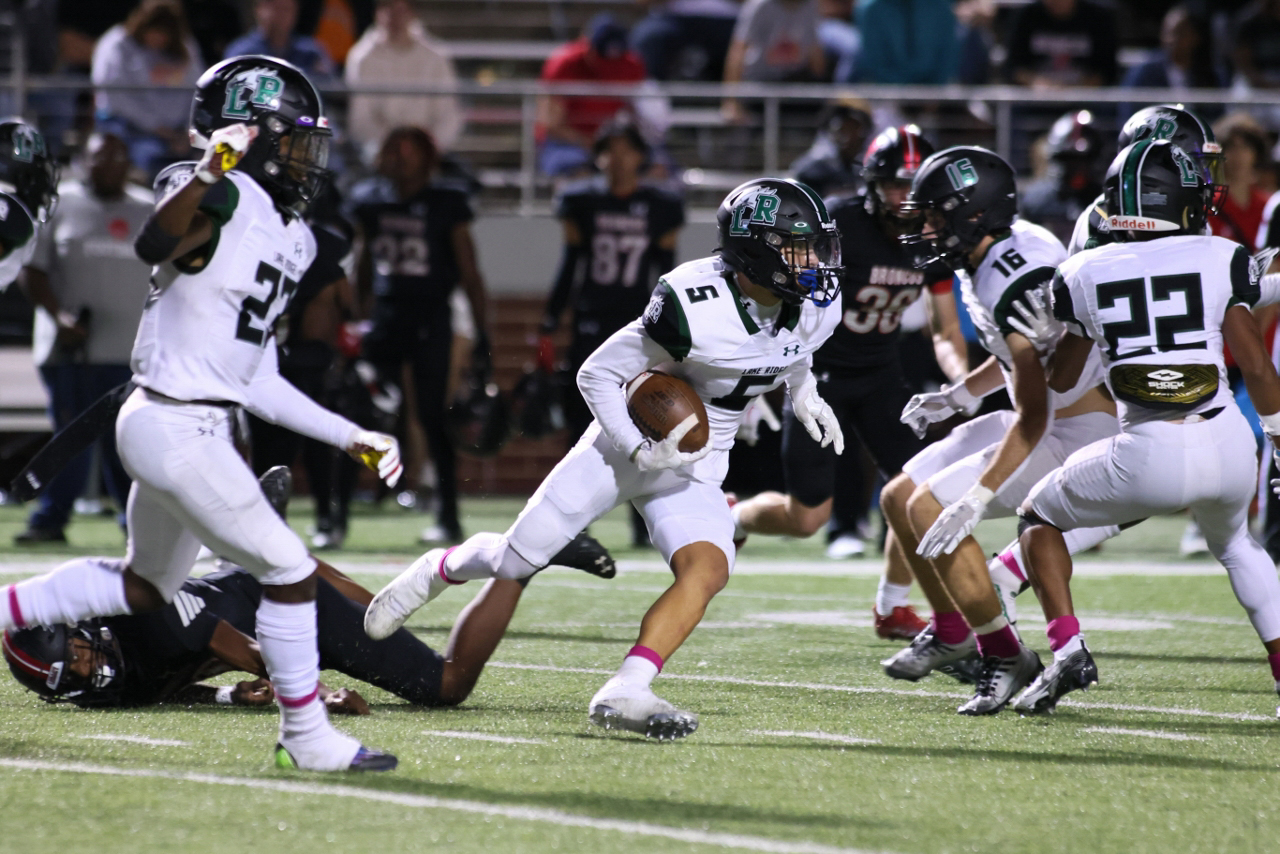 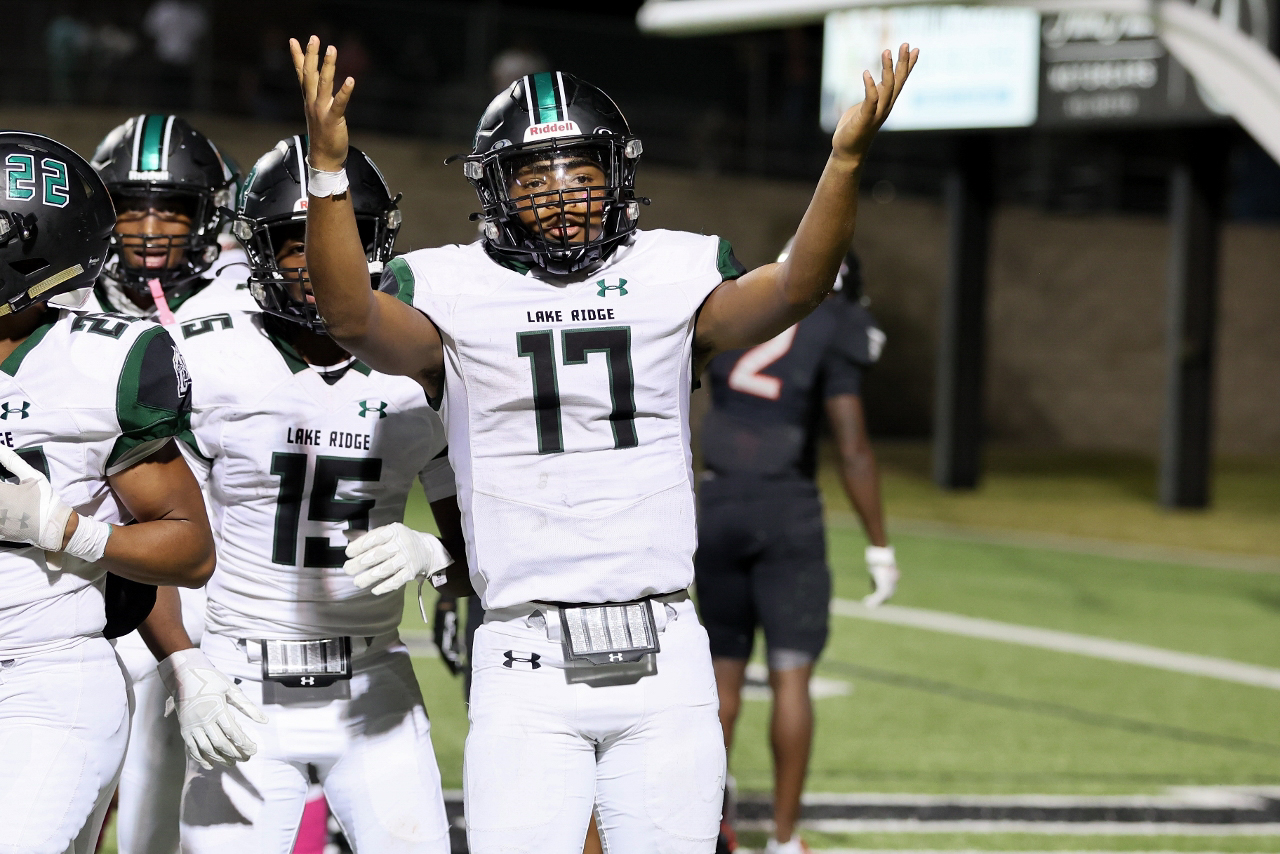 Lake Ridge used a sustained offense and field position to hold off Legacy for a 35-21 victory Friday night at Vernon Newsom Stadium.

Legacy (3-5, 2-4 11-6A) cut Lake Ridge’s lead to 21-14 on the first drive of the second half, with quarterback Reggie Moody leading a 13-play, 75-yard drive. Marcus Hayes had a 14-yard carry on the drive, bulling his way through the middle and dragging defenders to a first down at the Lake Ridge 30-yard line. Moody later had his own 11-yard run to set up a first-and-goal at the 2. Jaden Manning scored two plays later.

Lake Ridge (3-5, 2-3 11-6A) surged downfield behind its quarterback, Kennen Miller, who went the final 14 yards for the touchdown, weaving in and out of traffic and dragging defenders into the end zone. That gave the Eagles a 28-14 lead with just over 4 minutes left in the third quarter.

Three minutes into the fourth quarter, Lake Ridge took over again, driving 64 yards, helped in part by Zaden Jackson’s 16-yard reception for a first down at the Legacy 29-yard line. Raycine Guillory capped the drive with a 7-yard touchdown carry to put Lake Ridge up 35-14 with just under 4 minutes left to play.

Legacy’s offense showed it could strike in a hurry, scoring on a 58-yard pass from backup quarterback Connor Parlin to Paul Summers II with 7 seconds left in the game to wrap the scoring.

Lake Ridge scored touchdowns on three of its first first-half possessions to build a 21-7 halftime lead. The Eagles drove into Broncos territory on all five possessions the first half.

The Broncos ended Lake Ridge’s first drive when Landyn Cleveland intercepted a pass at the Legacy 20-yard line and returned it 45 yards to the Lake Ridge 35. A 27-yard pass from Moody to Kyree Brown helped set up Hayes’ 7-yard TD run to give the Broncos a 7-0 lead with 7 ½ minutes left in the first quarter.

The Eagles moved the ball steadily for the rest of the first half, relying heavily on swing passes from Miller to a variety of receivers. They drove into the red zone on their next possession, but turned the ball over on downs, and followed that with another drive to the Legacy 1-yard line, where a drive stalled.

That led to Lake Ridge’s first score, as they got a short field, driving only 27 yards after Jackson returned a punt to the Legacy 27. Five plays later, Guillory scored a TD from 6 yards out to tie the game at 7-7 with 5:40 left in the first half.

Lake Ridge took the lead 3 ½ minutes later when Guillory went 28 yards, weaving to the outside, for a touchdown and a 14-7 Eagles lead.

Lake Ridge’s defense held, giving the Eagles another chance to score before halftime. Miller’s 13-yard run on 4th-and-three set up his 11-yard TD pass to Tyson Walter with 30 seconds before halftime, putting Lake Ridge up 21-7.