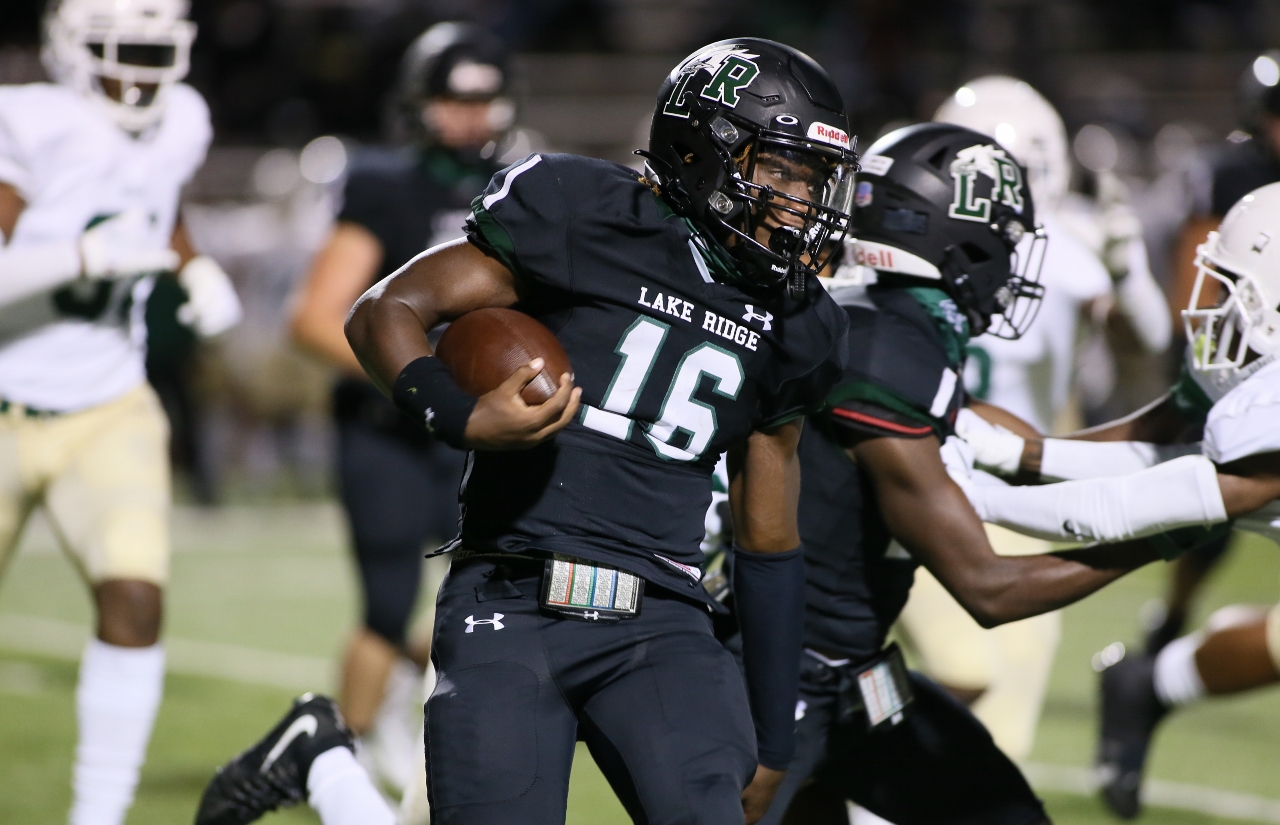 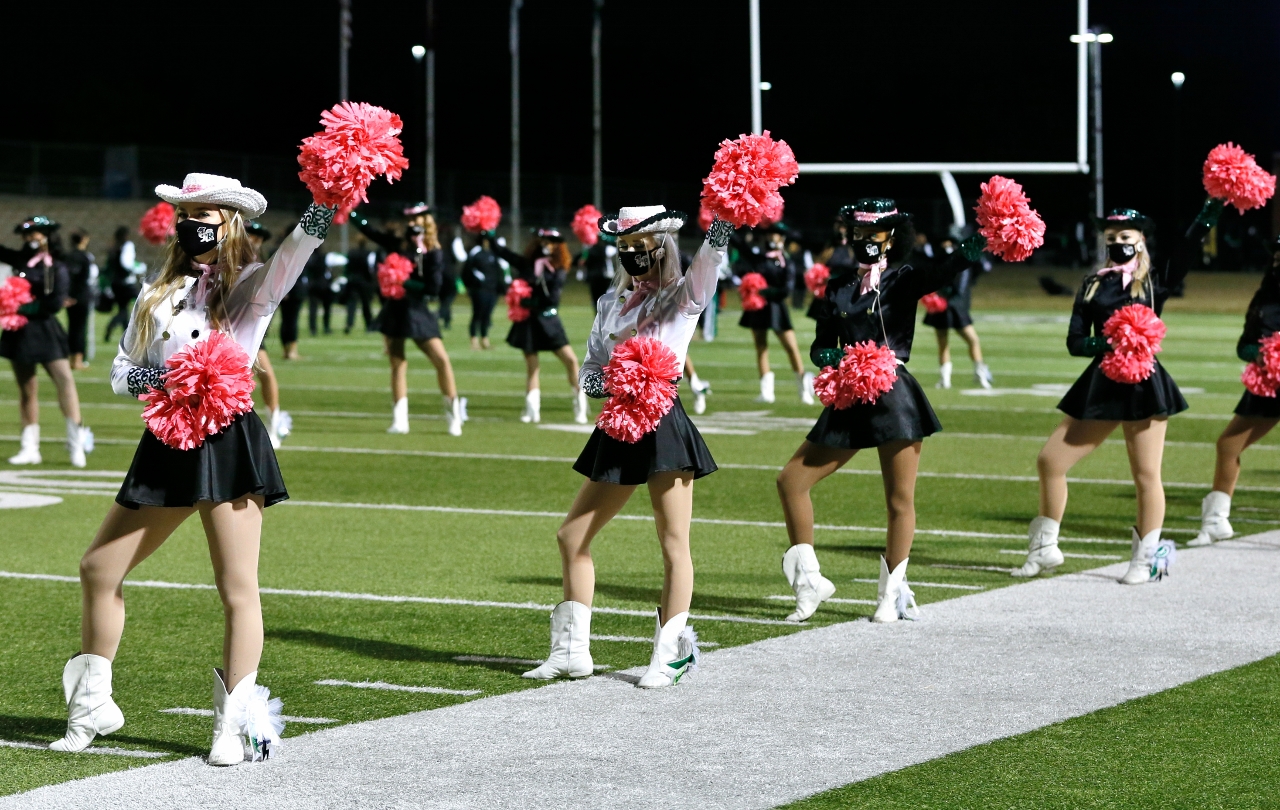 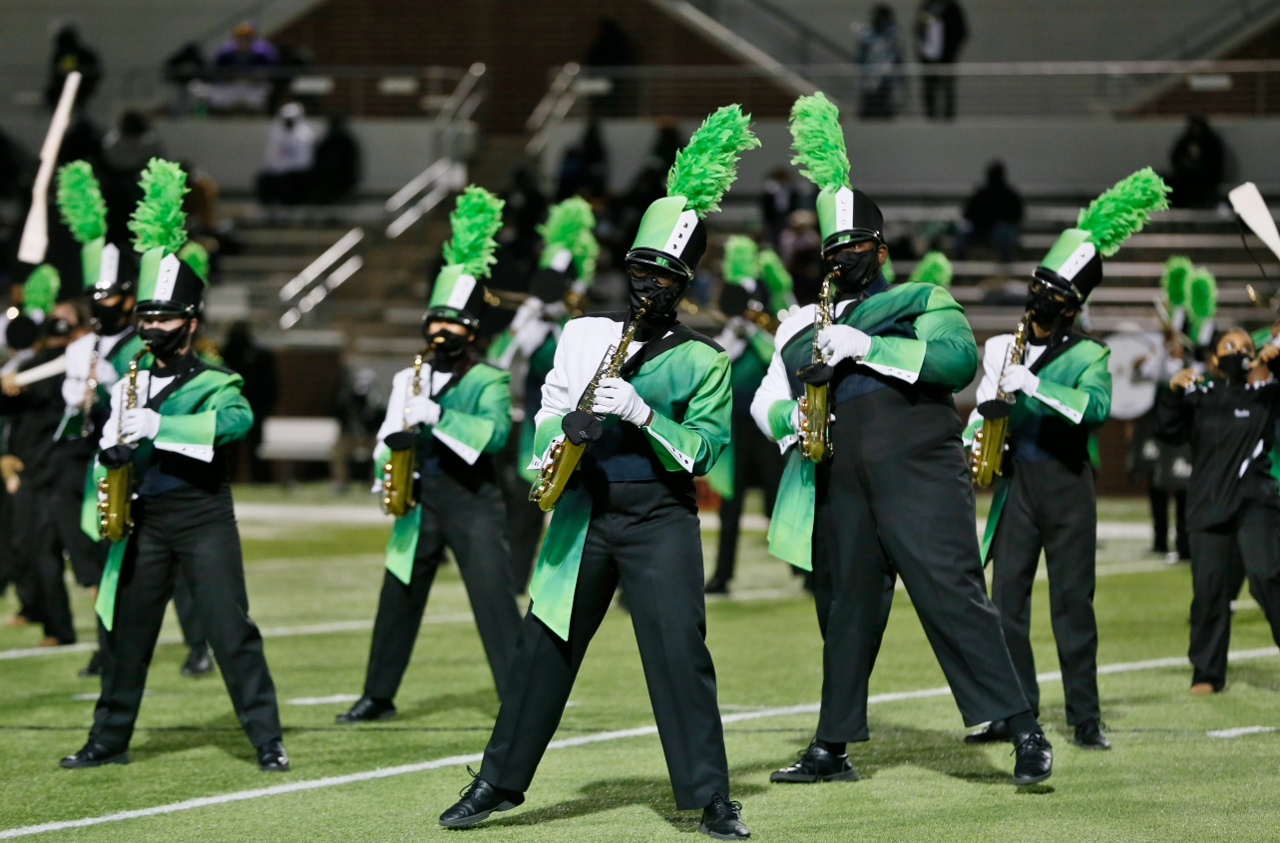 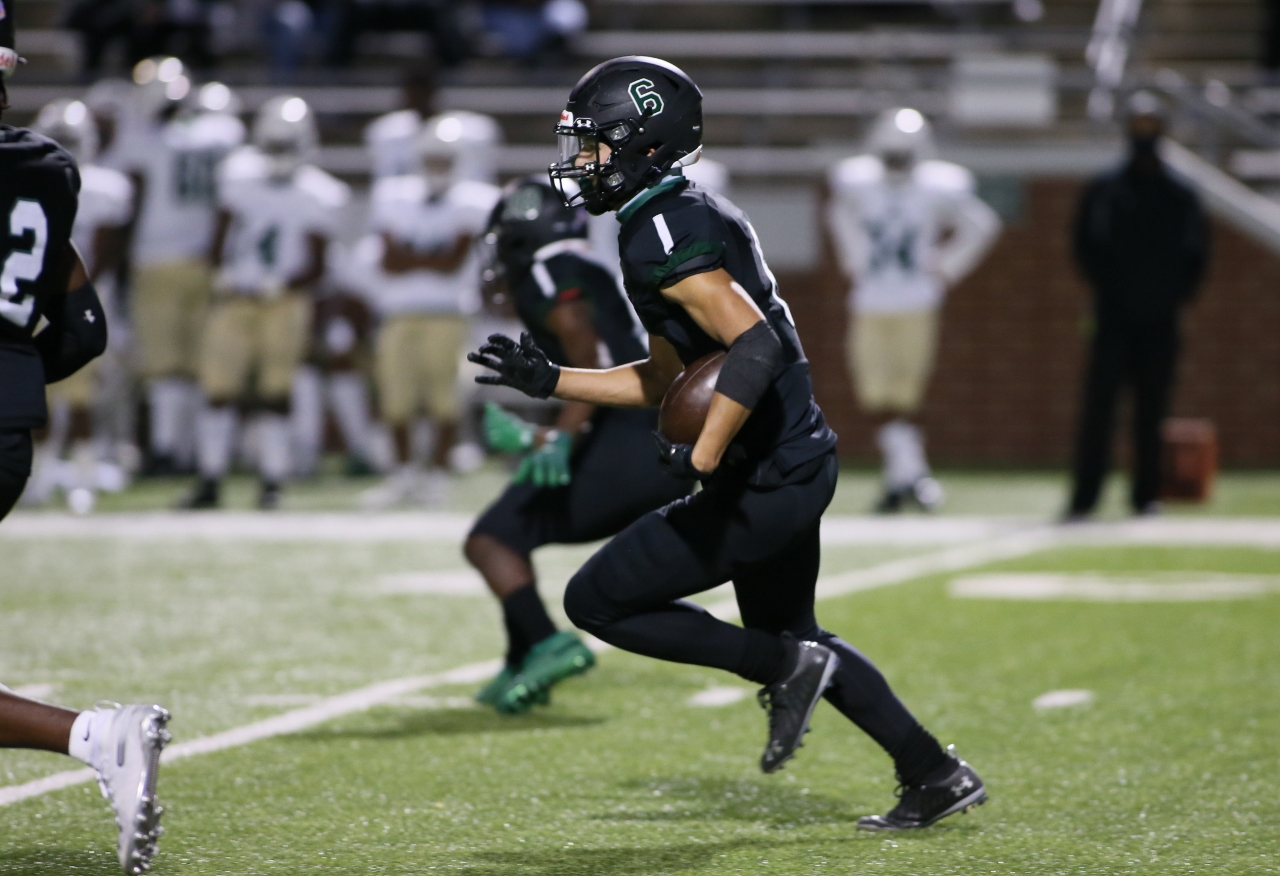 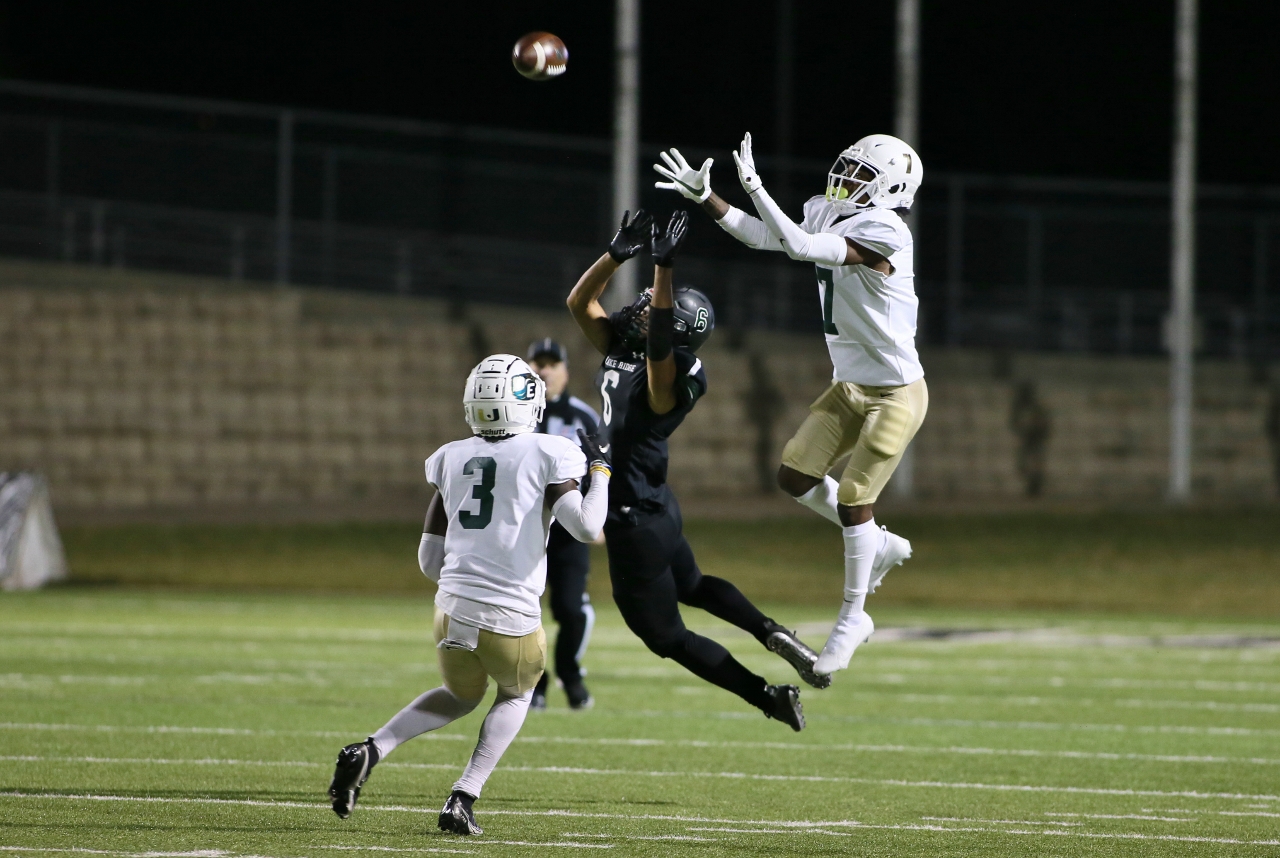 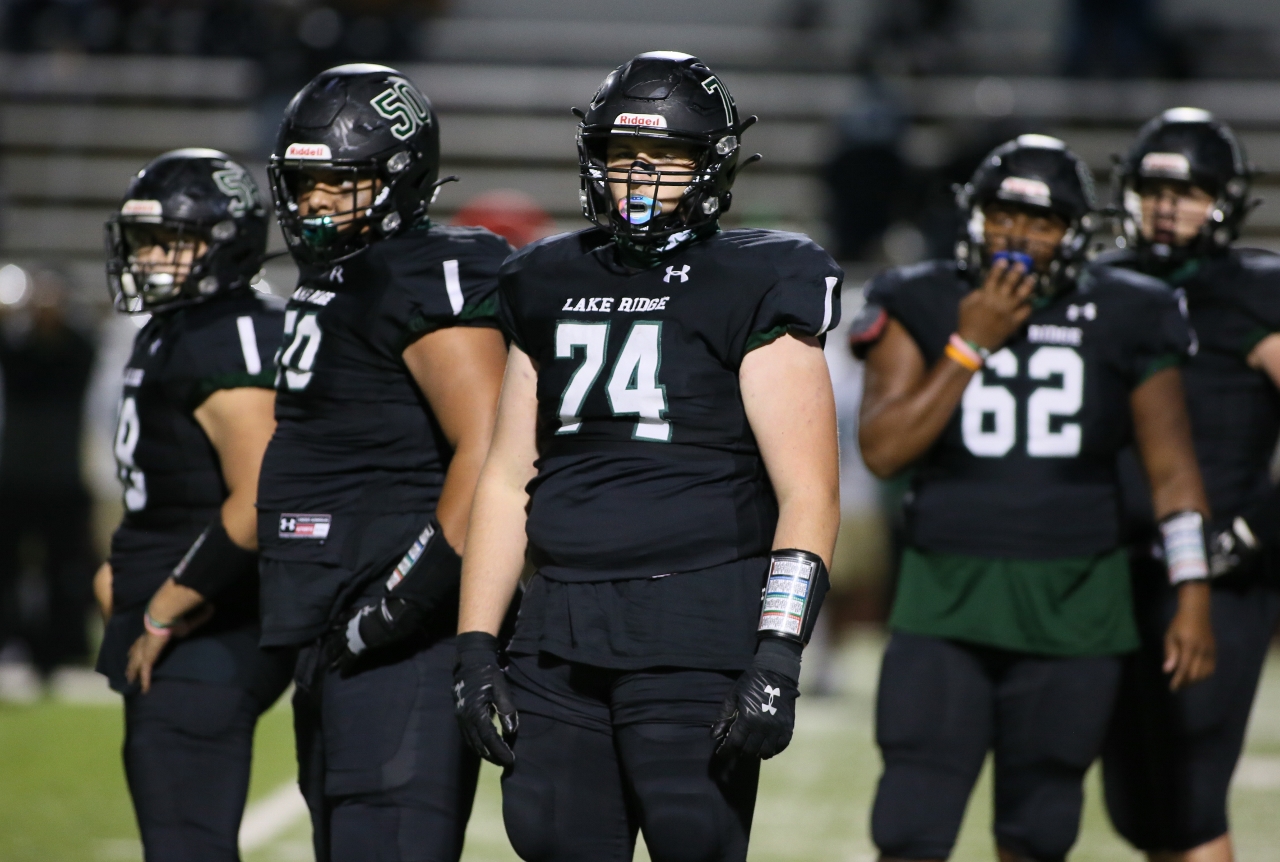 DeSoto put its big-play, pass-heavy offense against Lake Ridge on Friday at Vernon Newsom Stadium, racing off with a 42-0 District 11-6A victory to dampen Lake Ridge’s homecoming.

DeSoto’s predilection for the pass was obvious from the start of the game. Eight of its first 10 plays were in the air.

The visiting Eagles scored three touchdowns passing in the first half, helping them to build a 28-0 halftime lead and putting the game out of reach. Meanwhile, DeSoto’s defense forced Lake Ridge into punts by Tyler Rumsey on all seven of its first-half possessions.

To start the game, DeSoto drove 72 yards to the Lake Ridge 3-yard line but turned over the ball on downs after Lake Ridge’s Joshua Egbuna sacked quarterback Samari Collier to give Lake Ridge the ball at their own 7-yard line.

Lake Ridge went three-and-out on its first drive.DeSoto’s next drive also ended on a standout Lake Ridge defensive play when defensive back Trevor Andrews intercepted Collier’s pass at the Lake Ridge 1-yard line.  The visitors’ following drive also was halted by a defensive stop when Lake Ridge’s Antoine Baylis stopped Collier short of a first down on a fourth-down play.

But Lake Ridge’s offense couldn’t find a way to stay on the field, and its defense couldn’t keep DeSoto in check. The visiting Eagles closed the first quarter with a long touchdown pass from Collier to Johntay Cook, who outfought a Lake Ridge defender at the goal-line to control the 45-yard pass for a 7-0 DeSoto lead.

DeSoto scored on two more pass plays in the second quarter, a 32-yard TD pass from Collier to Jaedon Wilson, and a 15-yard scoring toss by Collier, again to Wilson, who secured position at the goal-line to grab his second TD of the game and put DeSoto up 21-0 with 3:48 to play in the half.

DeSoto tacked on a 1-run TD dive by Chris Henely with 1:35 left before halftime. On Lake Ridge’s following possession, the Eagles advanced across midfield for the first time, reaching DeSoto’s 47-yard line as time expired.

Lake Ridge continually pressed DeSoto with downfield passes, but was rarely able to connect, or to sustain drives. The Eagles’ defense turned in a highlight play late in the third quarter when Marvin Covington intercepted a pass in the end zone and returned it 53 yards into DeSoto territory. But a fumbled snap two plays later ended that threat by Lake Ridge.

Among other teams in the Mansfield ISD on Friday night, Timberview routed Joshua, 61-14, and Mansfield was shut out by Duncanville, 35-0. On Thursday night, Summit defeated Legacy, 39-7.